Gun-Hee loves to watch us in the kitchen when we’re doing anything. It’s not just because he’s looking for food (although I’m sure that has something to do with it) but he’s just fascinated by watching things work. He loves to watch the coffeemaker, the rice cooker, the Foreman grill…even boiling water. Not that we condone this, of course…usually when we’re doing anything dangerous, he’s put into his show cage.

I don’t know what he was doing with the waving his paws around. Maybe he was trying to get my attention? If so, it worked. Such a funny kitten.

And, actually, since I’m working in the bedroom right now, these same three are on the bed with me now. Patrick, Tessie and Gun-Hee are the “bed cats.” Kylie actually prefers to sleep next to the bed, either on the golf bag, under the desk, or in the laundry basket.

END_OF_DOCUMENT_TOKEN_TO_BE_REPLACED

Gun-Hee has a thing about cushions in cat beds. He doesn’t like them. He throws them out when he can. I think it’s that he likes to be deeper into the bed.

Kylie has a bed that’s pink. It’s about the most girly thing in the house. Gun-Hee sleeping in it is somewhat hilarious.

But even more hilarious is him dealing with the cushion… 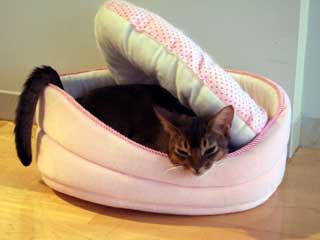 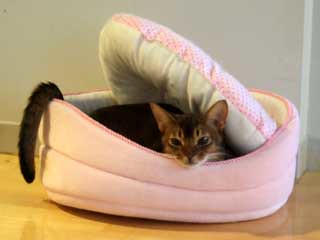 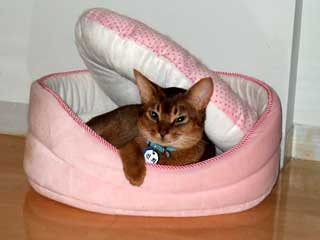 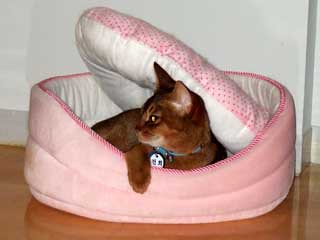 And then, finally, he just gives up and leaves it on top of him.