…and it mostly involves a lot of cages, carrying and being admired.

Not sure how this happened. Definitely a “good news/bad news” sort of thing: cousin Toki was featured on Failblog: Poorly Dressed yesterday. 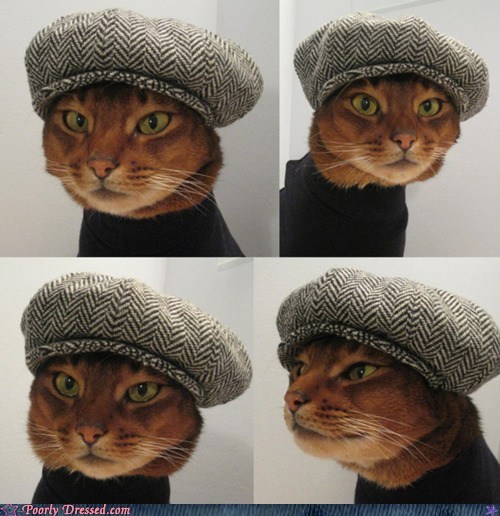 Poorly dressed? Really? Considering Toki dresses better than most people at your average strip mall, I really wonder how, exactly, he is “poorly dressed.” And, word of warning, some of the comments on that Failblog entry are pretty crass; not exactly NC-17, but they’re definitely in “Two and a Half Men” territory. There is one, though, that calls him “Steve Jobs, reborn” which makes up for the rude ones.

But, yay, more international exposure? Even bad publicity is at least publicity? Right?