There were a few entries in the “What should Jake Wear?” contest. I have to admit, many of the suggested outfits were awesome…so awesome, in fact, that Jacoby already has them! 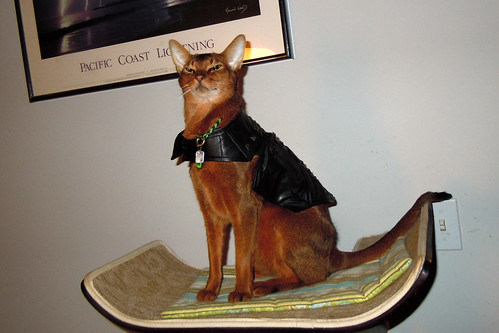 Bluemoonalone commented, “I would like to see him dressed as a Biker with a leather jacket, little boots and a Biker hat..He would be so cool..” 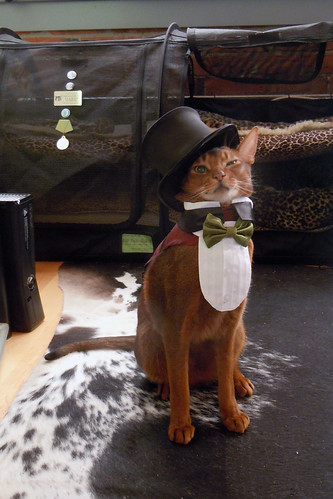 Maaike thought he would look “dapper” in something our friend Julie made (and Toki modeled)…but of course, Jake already has a top hat she made! 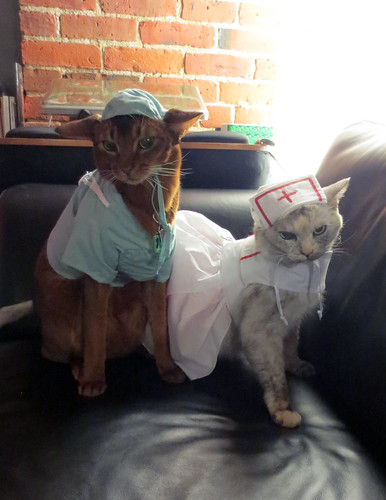 Lori said, “I could also see Jake as a doctor complete with white jacket, stethoscope, prescription pad, and so forth. ‘Tell me where it hurts!'” And Brenda wanted to see Jake as Peter Pan…but ever since Peter Pan was portrayed on Once Upon a Time, well…Pan scares me!

Kim suggested a red onesie…which Jake doesn’t already have, but she already ordered – and received – one of their Aby shirts! So, who wins the Abyssinian Cat Star T-Shirt from Poutine Press? 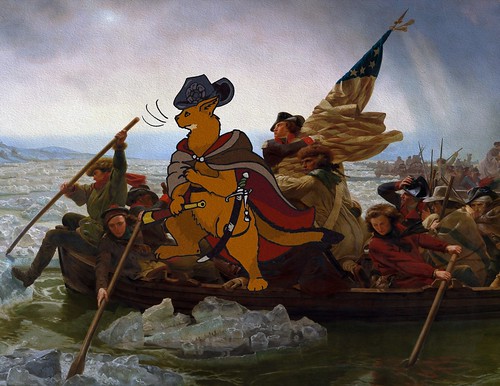 Saritarian commented, “Since Jake is a stoic leader whose curiosity for the world knows no bounds, I would love to see him dressed up as George Washington in Leutze’s painting ‘Washington Crossing the Delaware.’ I *know* he could pull it off perfectly!” And that not only cracked me up (literally, I started giggling out loud when I read it), but I had to see what it looked like, so…congratulations, Saritarian! Shoot me an email and I’ll get you hooked up with Simon and Sarah.