I haven’t gone through all the photos I took of Jacoby at last weekend’s cat show yet. 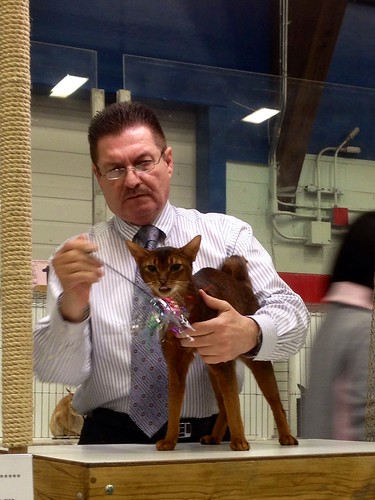 But I wanted to share a few of some other cats who were there. 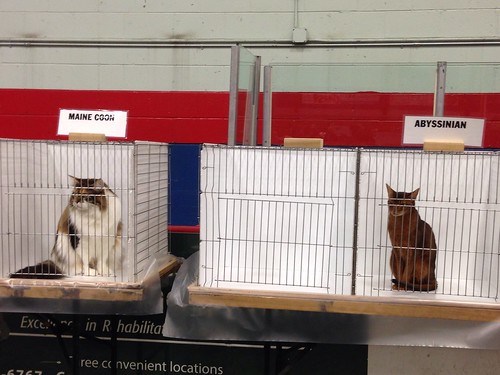 Look at this Maine Coon! Look how huge she is! And yes, she is a female…look at her next to Jake. Now, Jake’s a big Aby, all 10lbs of him, and he’s very tall…but she’s just enormous! 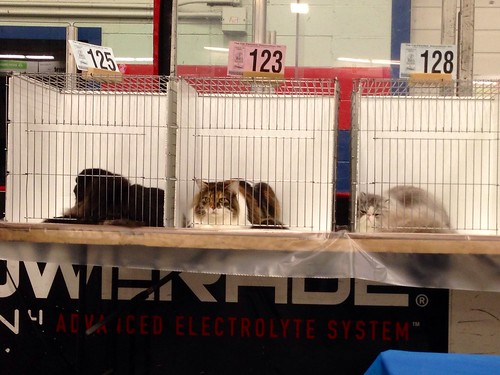 Here she is again between two adult male Persians. She is one big girl! 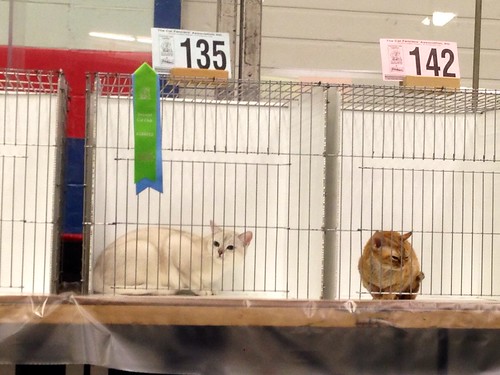 Another very cool thing that happened last weekend is that Burmillas became recognised as a CFA breed. May 1 marks the beginning of the CFA show season, and this was the first show weekend that the Burmillas were allowed to show as a regular breed. 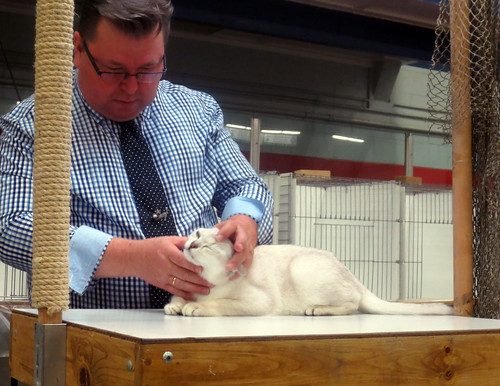 There were several Burmillas entered in all three classes (Kitten, Championship and Premiership), but the one I saw the most of was the Premiership boy. He’s a chocolate tipped named Kitzn’s Mickey. 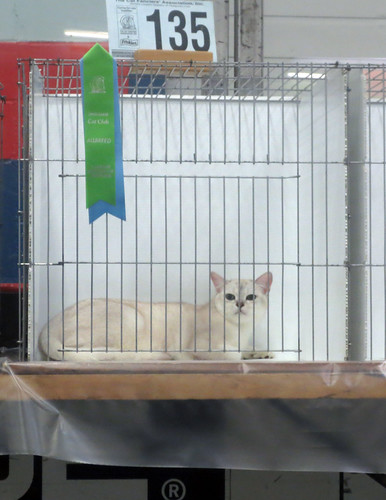 He was a super sweet boy. As you know, Tessie is an Asian, which is a relative/variant of the Burmilla. She’s a smoke, while Burmillas are only shaded or tipped. In the UK, Burmillas are part of the Asian group, which includes Asian Smokes, Asian Selfs (the Bombay is considered an Asian Self in the UK), and Tiffanies (longhaired Burmese variants) along with the Burmillas. The tortie pattern is recognised in Burmillas. 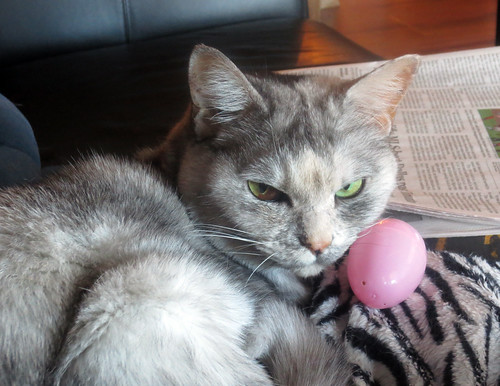 Apart from the depth of her colour, though, she’s basically a Burmilla, albeit a Burmilla as they looked ten years ago, before their body type was refined through selective breeding.

The difference between smoke, shaded and tipped is one of degree; all of these are a colour over a white undercoat, but on a smoke each hair is 1/2 to 2/3 coloured, while on a shaded each hair is 1/3 coloured and on a tipped cat each hair is only 1/8 coloured. 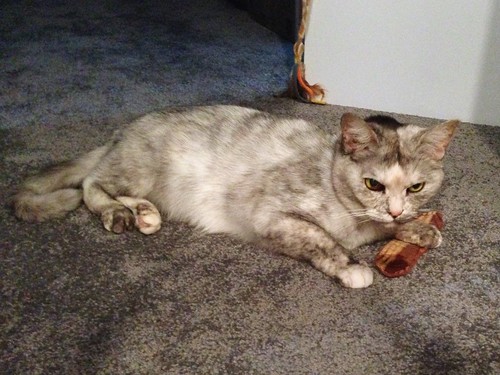 I wonder if someday Smoke Burmillas will be recognised? 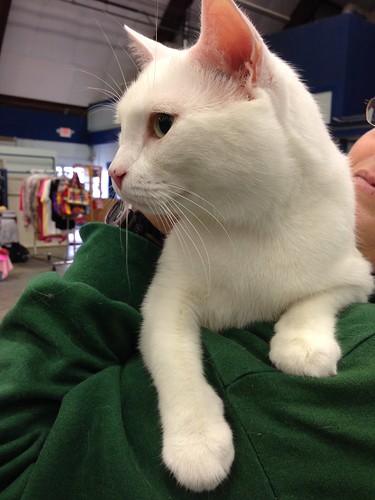 Finally, there was this Household Pet kitty called Snowball. Look at him! Doesn’t he look like he could be Kylie’s brother? He even has green eyes like she does. 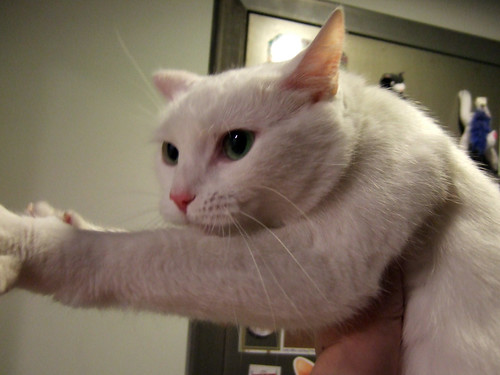 Unfortunately, he’s only 8 years old (Kylie just turned 9), so he can’t really be her brother…but he sure does look like her!