At the show last weekend, Jacoby didn’t make a final until his last ring, and then Russell Webb named him Second Best Cat in Premiership. 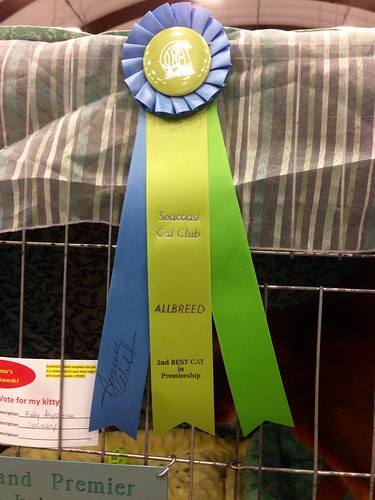 But it wasn’t the first time this happened! 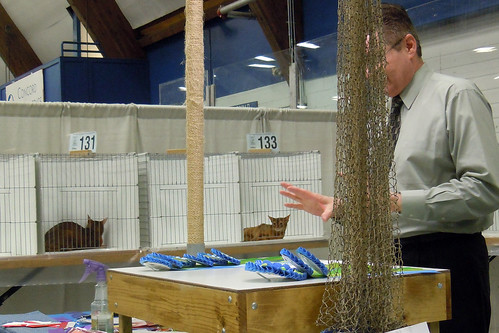 A very similar situation happened at the 2012 show…and just as he did last Sunday, Russell named Jake his Second Best Cat in Premiership!

The only difference was that the Aby Meg is showing this year, Chai, isn’t a Grand yet, so he wasn’t in the finals with Jake. 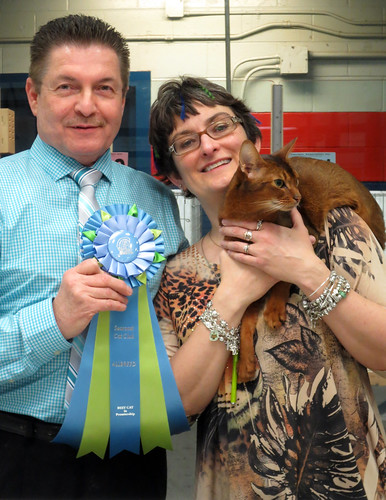 Last year, we broke with tradition a bit: Jake made more than one final, and Russell named him his Best Cat in Premiership. 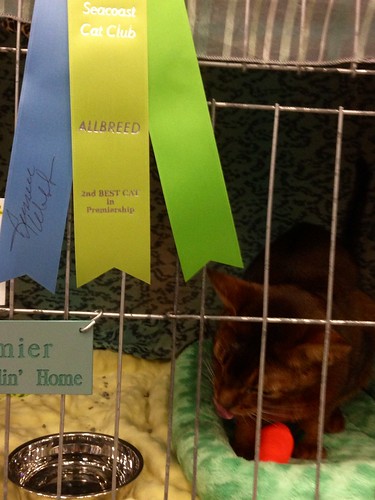 Isn’t it nice to know that some traditions still exist?