As is common at every convention-type event I’ve ever been to, there were a lot of goodies handed out at the AARP Life @50+ event that Jacoby and I went to last week. 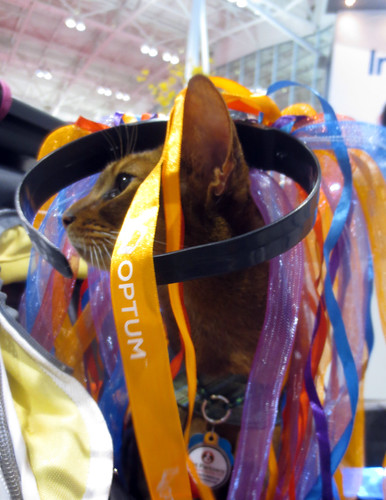 One of these was a set of flashing tentacle head boppers, given out by our hosts United Healthcare at their booth. 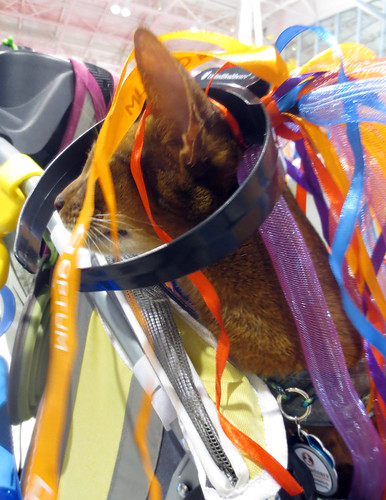 You may recall that we had a previous encounter with one of these back around Halloween 2012. 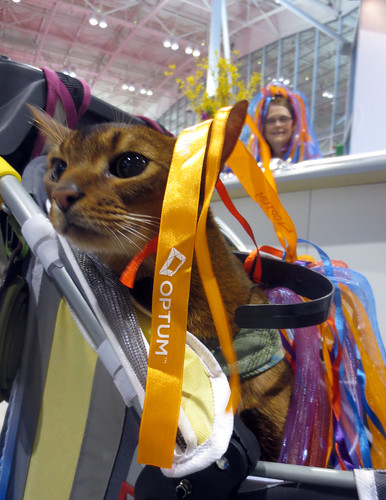 You can see a United Healthcare human sporting a set of the same tentacle boppers in the background. 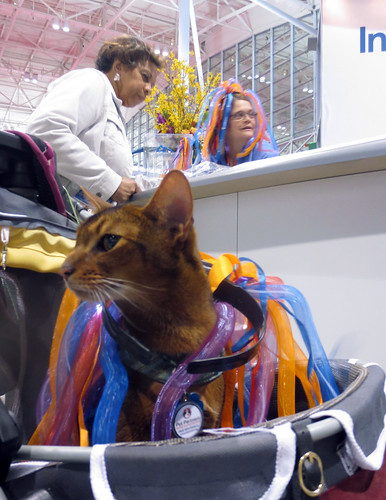 Jake had a harder time keeping his on his head than she did, however. 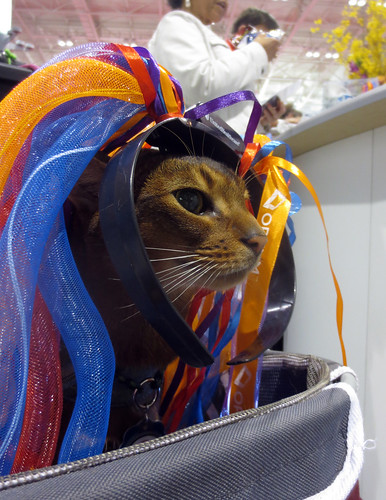 As always, Jake finally managed to keep it balanced. 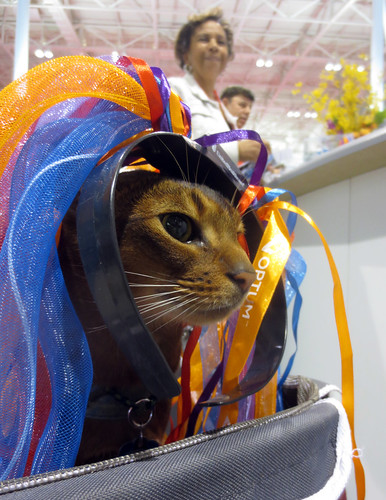 Bystanders were very impressed that he would keep the head bopper on! 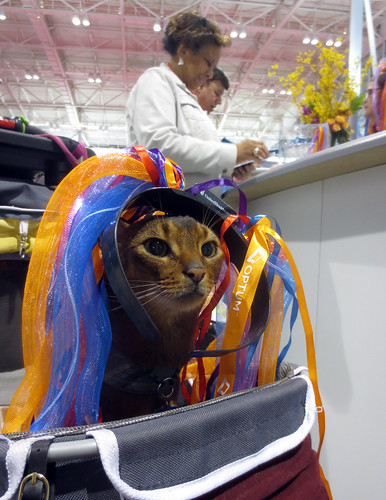 We, of course, know better. Jake can wear a lot more impressive things than a mere headdress! 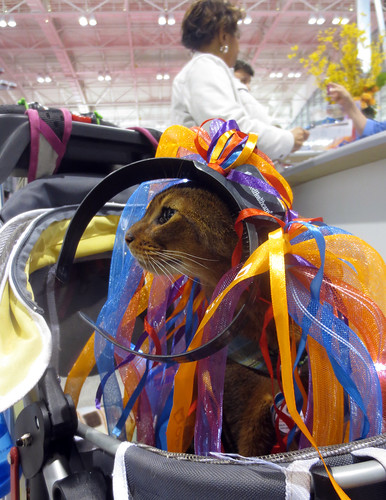 And in case you’re wondering, it was actually lit up and flashing. You just can’t see it in these photos because of the lighting in the hall.