For the longest time, Tessie and Kylie were underweight, so Angel was fed by herself in a different room because she eats faster than they do and, if left in the same room would scarf up their dinners, too. 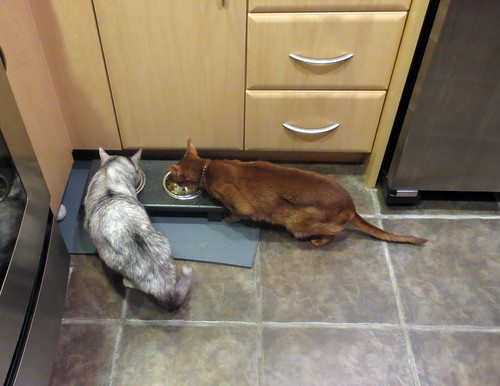 However, since we’ve moved the dynamic has shifted. Tessie has gained back her weight and is now also eager to eat Kylie’s food as well as her own. So now, Kylie eats in a room by herself and the two “hungry hippos” have to eat together. 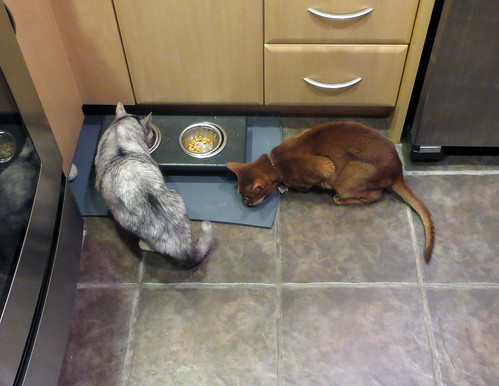 Angel was less than thrilled with the new arrangement. She was growing tired of being locked in a room by herself as time went on, but…eating with Tessie wasn’t what she had in mind, either. And we have to feed them both at the same station because we don’t have another bowl-and-mat set and both Tessie and Angel like to take bits of food out of the dish and eat it off the floor, which gets really messy really quickly. 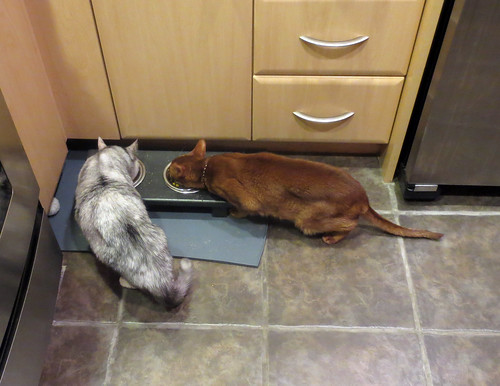 Look at Angel’s body language…when we first started feeding her with Tessie, she didn’t want to get any closer than she absolutely had to! 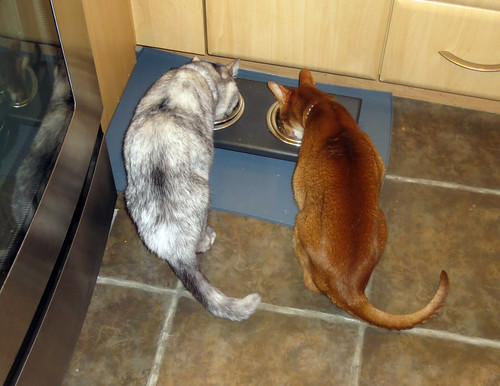 However, as she becomes more and more used to this new arrangement… 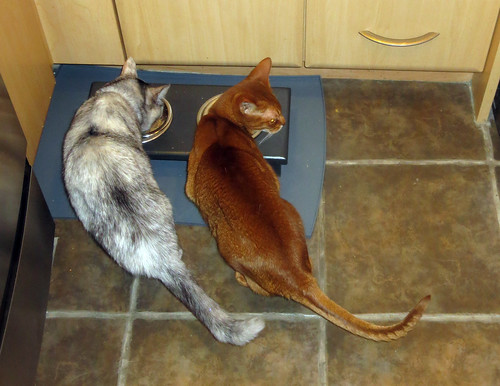 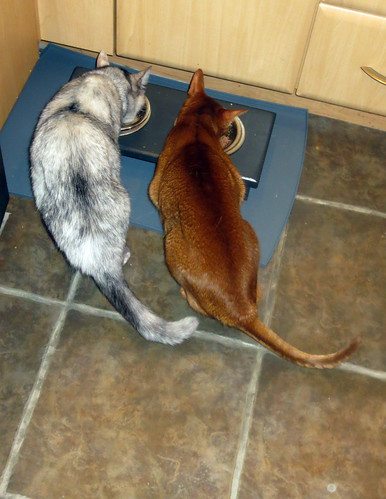 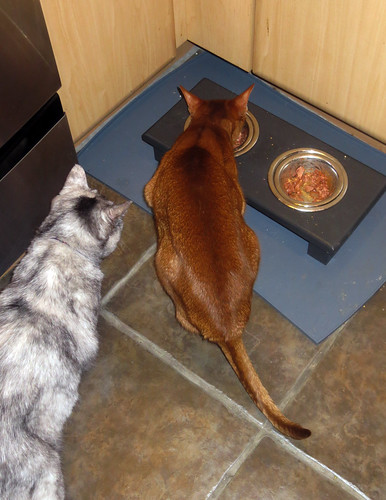 Maybe she’s relaxing a little too much. 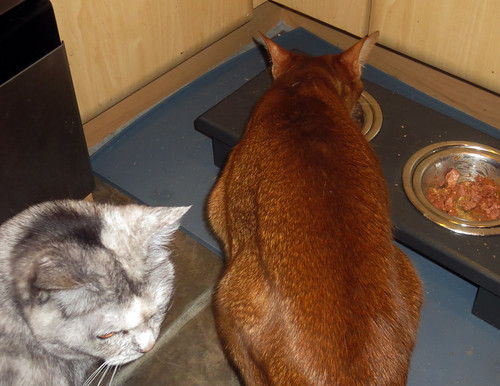 At the very least, Angel is starting to see the advantages to dining in public! 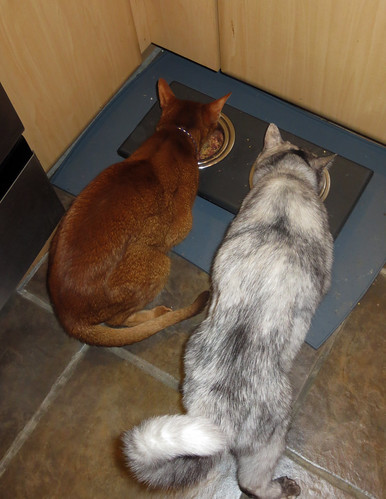