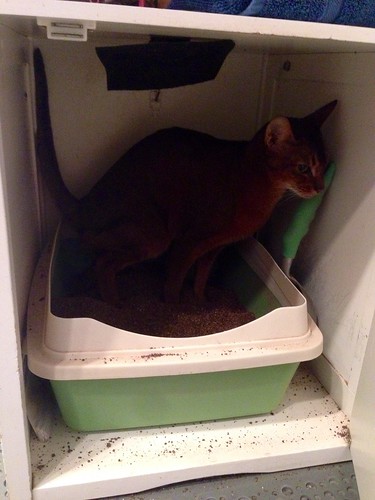 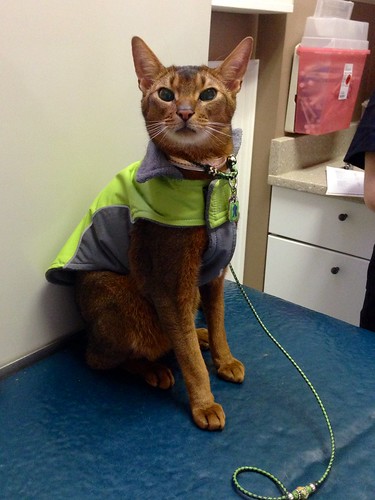 Despite eating only UT prescription food, he still gets the occasional flare-up. His most recent attack was last month. 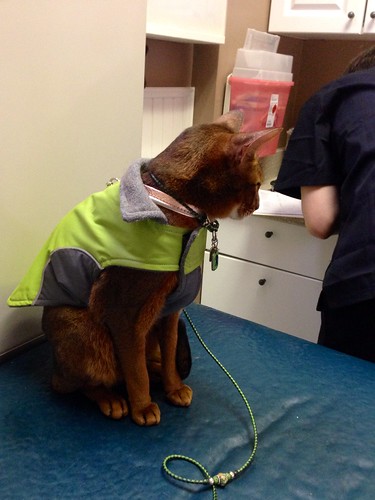 He’s never had a blockage, thank goodness. He only gets an infection which causes spasms. He feels like he has to go but when he does, nothing comes out because his bladder is already empty. But he keeps trying, hopping in and out of both boxes every few minutes. When he does that, it’s time to see the vet again. 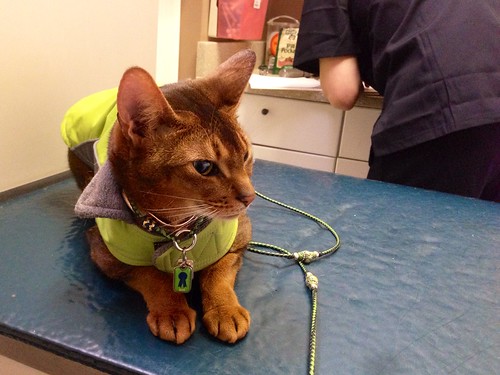 He gets prescribed an antibiotic and a painkiller and in a few days he’s back to normal. 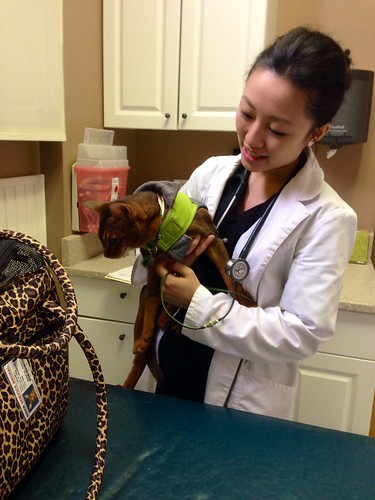 There doesn’t seem to be any obvious trigger to these episodes with him. I’ve read that they can be caused by stress or the environment…but as far as I can tell with Jake, it just happens sometimes. It does seem that he’s more likely to have an attack in the spring, though; I’ll keep an eye out to see if that holds true in the future.