As I’ve posted in the past, Angel hasn’t got the best teeth. She gets Feline Oral Resorptive Lesions (FORLs) and she’s already had two extractions, when she was four years old. 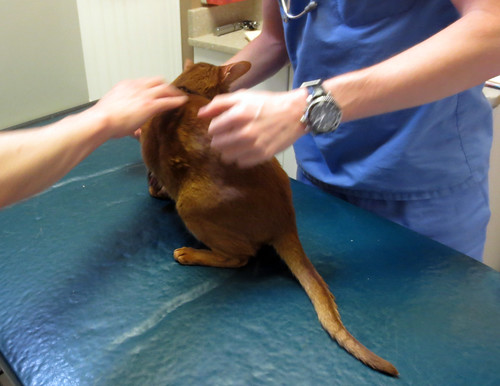 Now she’s seven, and she just had another extraction. She went to the vet today to get a tooth that was not only being resporbed but was dissolving in her jaw. That tooth was in pieces in her mouth, held together by her swollen gums. I’m pretty sure this was a Stage 4 lesion: Extensive dental hard tissue loss (cementum or cementum and enamel with loss of dentin that extends to the pulp cavity); most of the tooth has lost its integrity.

There are several theories as to what causes this in some cats and not others. Of course, one is that some breeds are more prone to this than others, with Abyssinians, Persians, Siamese, and Oriental Shorthairs heading up the list. However, I think it Angel’s case, it may be due to her rocky start in life: “Viral infection at the time of tooth development leading to a defective and susceptible tooth.” Since other parts of her obviously had problems with viral infections when she was a kitten, it makes sense to me that it would have affected her teeth, too. 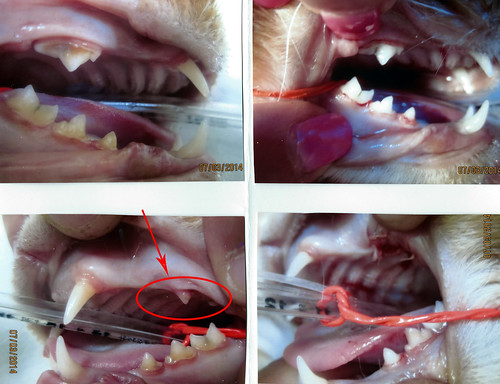 My vet is awesome in that she gives us a “Dental Report Card” for each cat after every cleaning, regardless if there are any extractions involved. In this photo, the “before” shots are on the left and the “after” shots are on the right. Look at the circled tooth – that’s the FORL! See how little of the tooth you can see compared to the same tooth on the other side of her mouth? And it was painful, too; Angel didn’t even want her chin touched. It didn’t seem to affect her appetite, though. 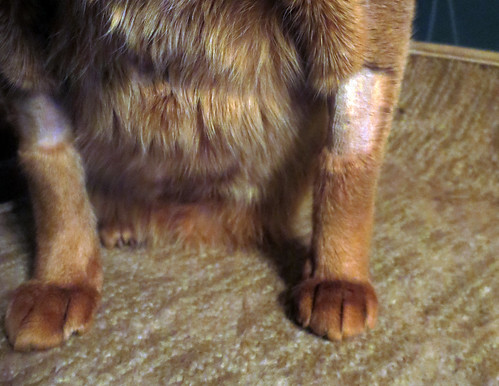 She had bloodwork done before her procedure on one arm, and she had IV fluids and anaesthesia in the other. She was also prescribed a new pain medication I’ve never heard of before: Onsior. Onsior was only approved in the US fairly recently (April 2012), and it works differently from most NSAIDs in that it specifically targets tissues that are inflamed. It’s also especially easy to give to cats, which is an important aspect of any feline medication. 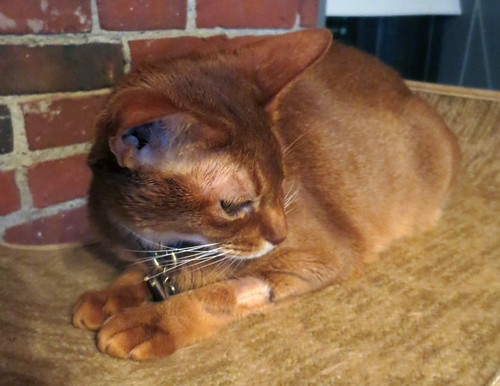 Despite everything, she was pretty perky when she got home. And she was hungry since she had to fast and couldn’t have breakfast. 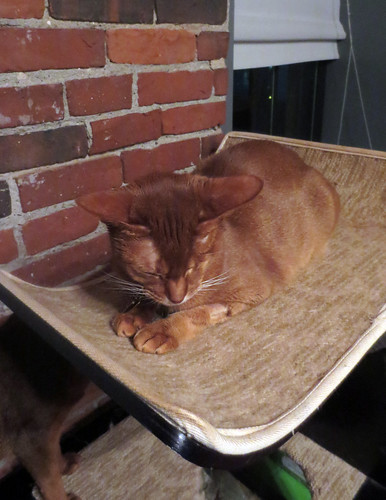 She wasn’t really in the mood for Jacoby’s shenanigans, however.