Jacoby may be Canadian by birth, but he’s also lived in Boston, the “Cradle of Liberty” his whole life. 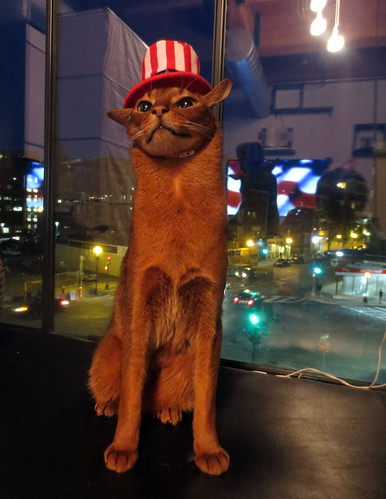 And that makes him a Yankee Doodle Dandy! 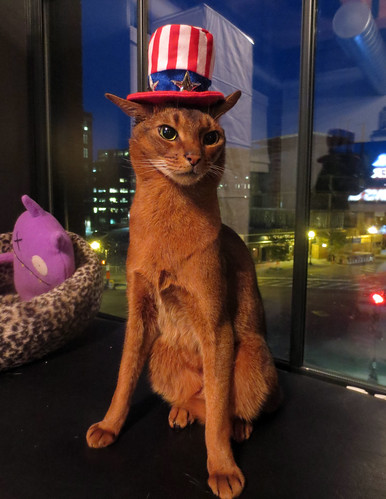 As soon as I realised that the 4th of July fell on a Friday, I had to get Jake a patriotic hat to model. 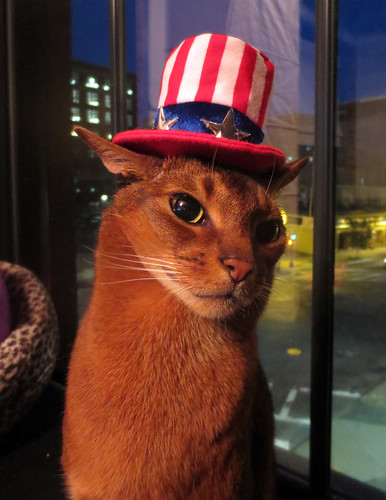 Warning: Ears may appear angrier than they actually are thanks to the hat’s elastic. Jake actually was pretty proud of his Uncle Sam hat. 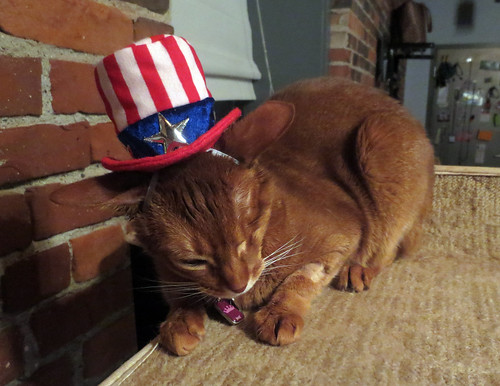 Angel, on the other hand…not so much. 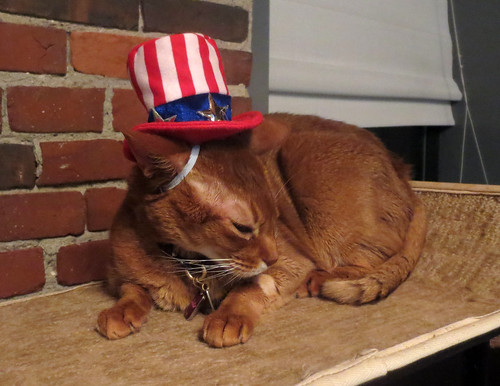 She was born in California, and she’s a pretty independent girl… 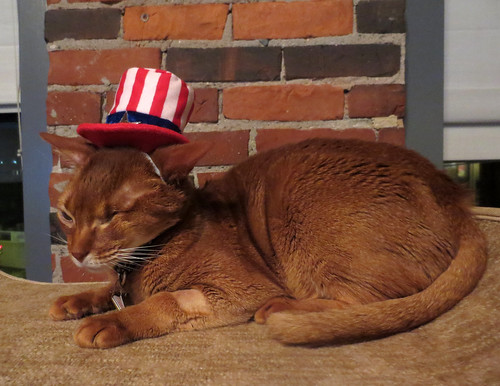 But evidently wearing a patriotic hat just doesn’t say “freedom” to her!