When Jacoby first arrived on the scene, Angel was the low cat on the totem pole. Kylie and Tessie were not as welcoming as we could have hoped. 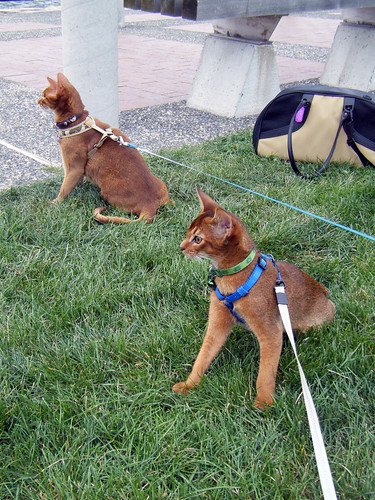 Angel was pretty happy that there was another, smaller, Abyssinian in the house. 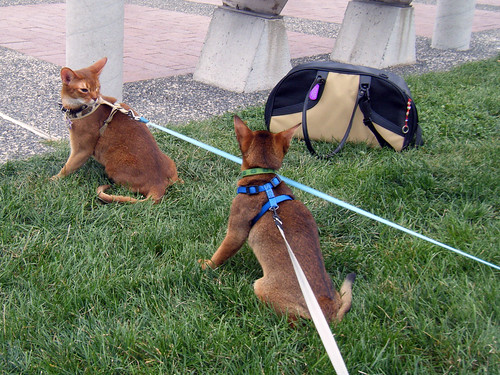 I don’t know if cats recognise or prefer members of their same breed over other cats, but Angel seemed to know that Jake was more like her than the girls were. 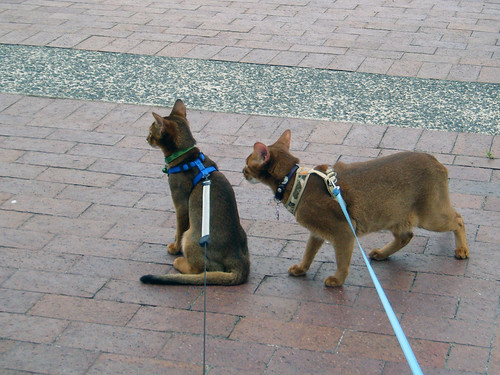 I don’t know much about Angel’s life before we got her, but I know that in her foster home she had only Abyssinian roommates: a male Fawn named Valentino and a female Fawn with kittens named Buffy. 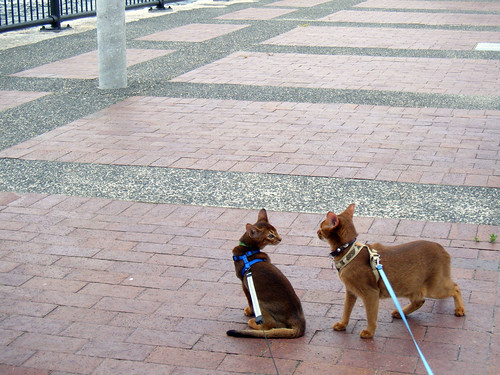 Angel is only two years older than Jake, and at first she played with him a lot. 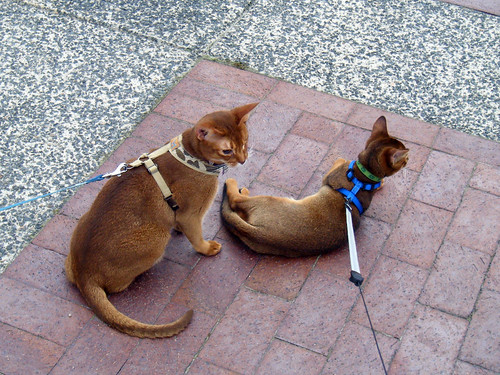 It seemed that they were going to playmates and cuddle buddies back in the beginning. 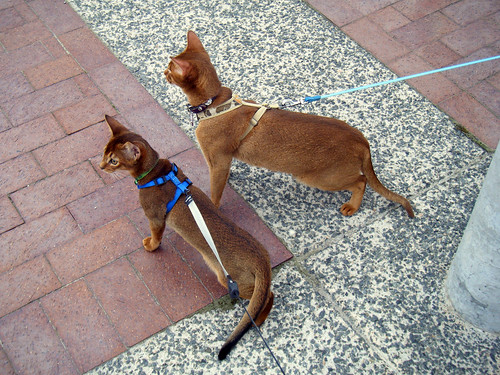 I’m not sure exactly when it happened or why, but around Jake’s first birthday, Angel decided she didn’t want to play with him any more. Angel also isn’t really much of a cuddler. 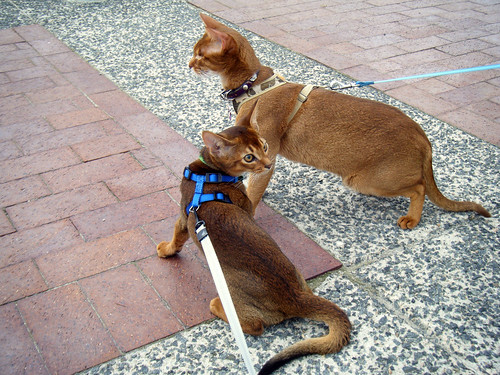 I had hoped that Jake would cast Angel in a maternal sort of role, but he seems to have chosen Tessie as his go-to when he needs some mothering. Which makes sense; Tessie is very comforting. 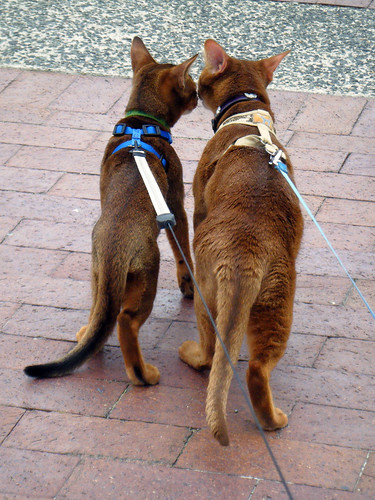 Still, I wish they’d become the best friends it seemed they were going to be when I took these photos!