If you’re a regular reader of this blog, you know that Someville’s annual ArtBeat festival is something that Jacoby and I look forward to every summer. In fact, it’s a reason that we haven’t ever gone to the famous Garden State Cat Show – they always seem to fall on the exact same weekend! 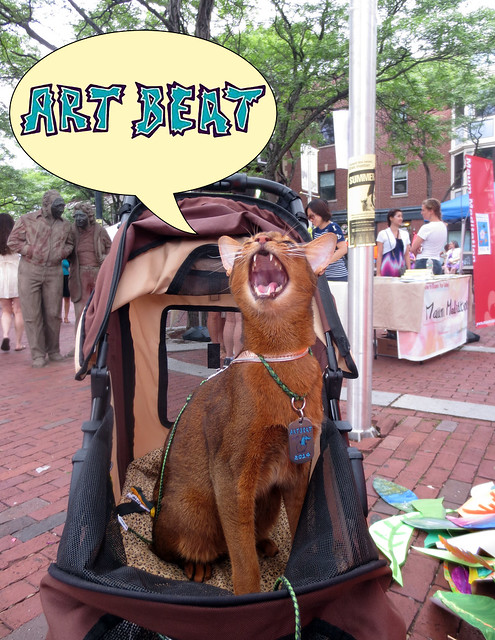 I used to live a few blocks away from Davis Square, and I’ve been to every ArtBeat since I moved to Boston in 2000. I’ve only missed two, 1998 and 1999, and those I missed only because I didn’t live here yet. This year’s theme was “Hatch”…it wasn’t one of the more interactive themes they’ve ever had. Some years’ themes are more “done” than others; a couple of years ago the theme was “Red,” which inspired a lot of people to dress up. This year ArtBeat was a little less crazy than it has been in the past…but that didn’t make this year’s festival any less fun. 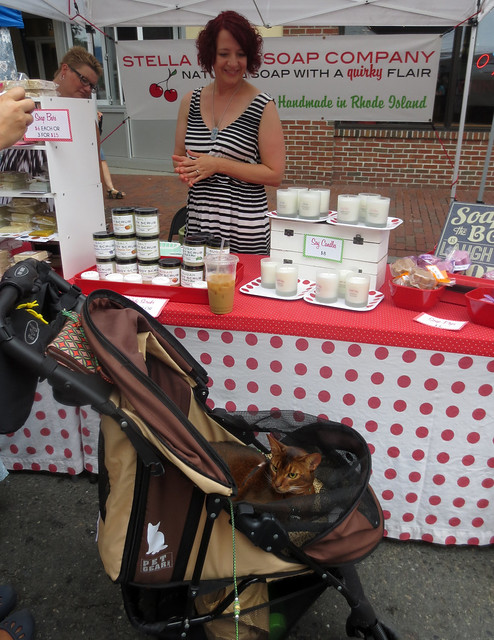 As always, our very first stop of the day was our friend Kim’s Stella Marie Soap booth so I could stock up on my ultimate all-time favourite Marshmallow Chocolate sugar body scrub. I stock up on this stuff every July and my supply lasts me the rest of the year. 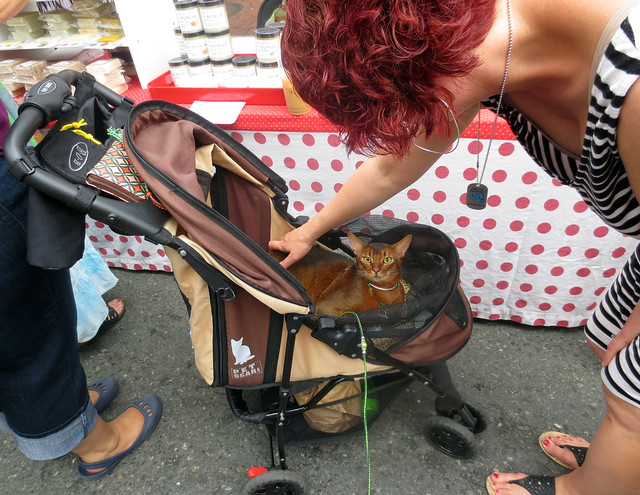 Jake is not so impressed with the gloriously scented, handmade natural soaps…but he does enjoy collecting his pettings from Kim. 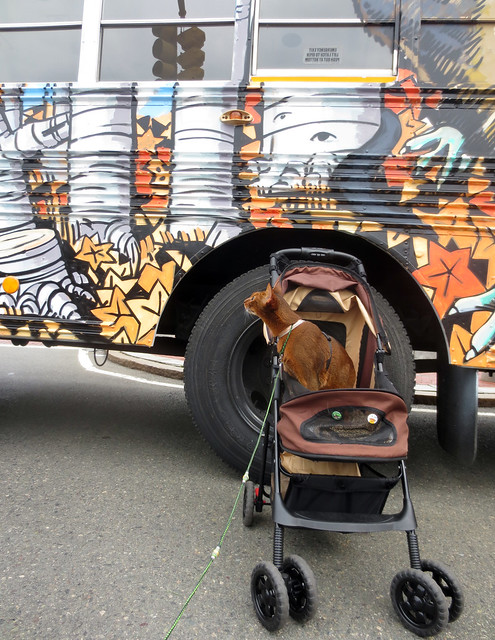 One of the more interesting things in the Square this year was the new M.U.S.C.R.A.T. Bus. 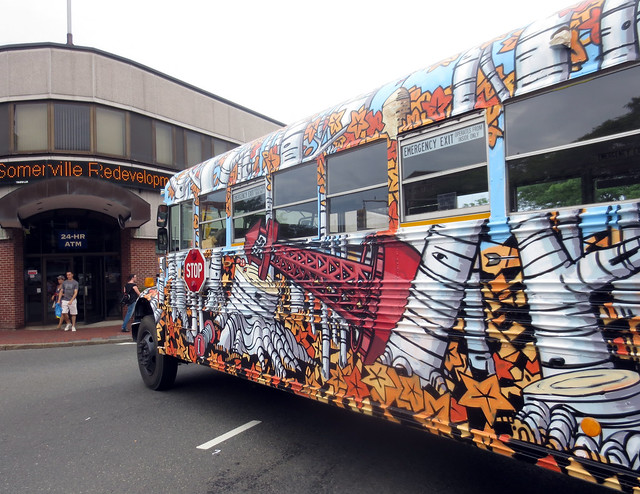 M.U.S.C.R.A.T. is short for “Multi-Use Somerville Community Roving Transport” and is intended to be a movable art space used to conduct roaming art classes, performance art or dance, and anything else the Somerville Arts Council can think of. 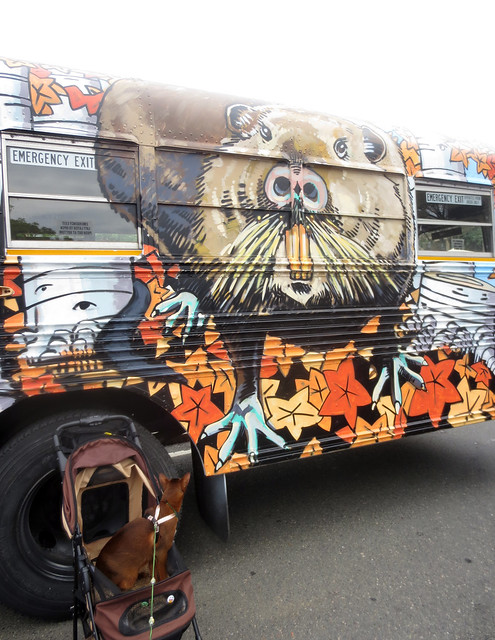 The bus has been tricked out with a pretty epic representation of a muskrat in autumn done by local artist Jeff McCreight. Jake was impressed with the giant rodent…impressed, or terrified. It’s a fine line… 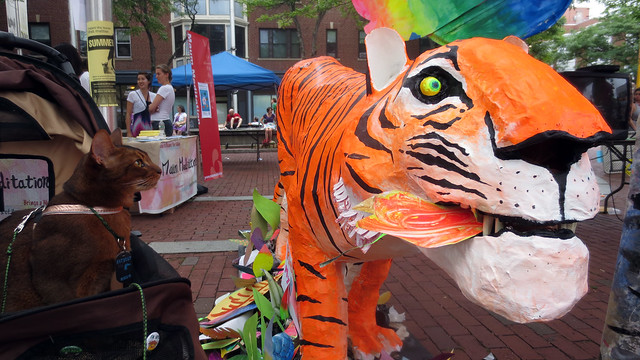 The absolute coolest thing we saw was this lifesized papier-maché tiger. 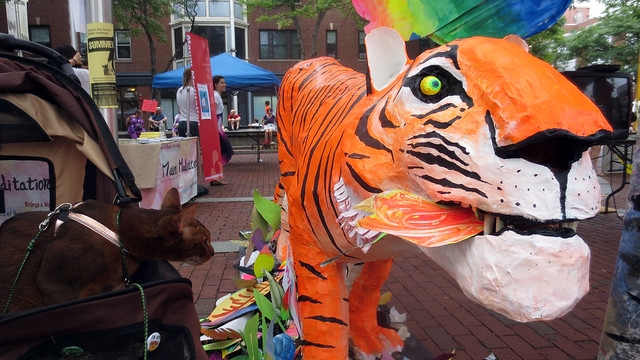 I’m not sure why he was there (apart from his plea to “reforest his habitat”), or what he had to do with “Hatching”…but he was incredible. A lot of work went into making him. 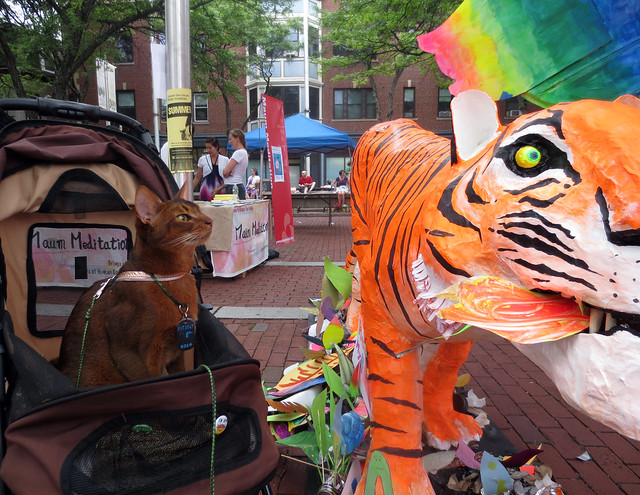 He was extremely well done made by someone familiar with Asian art. The tiger’s eyes are straight out of a classic Chinese scroll painting. 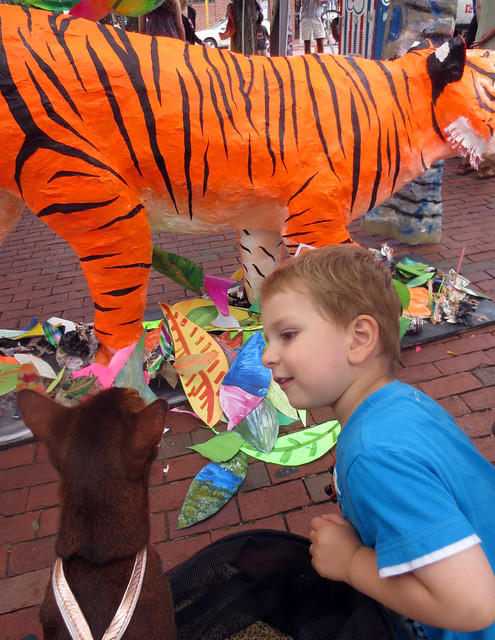 Jake made friends with a little boy named Ben. Ben was really enjoying the tiger (his dad told me he really likes cats), and literally squealed with joy when he saw a real live kitty. 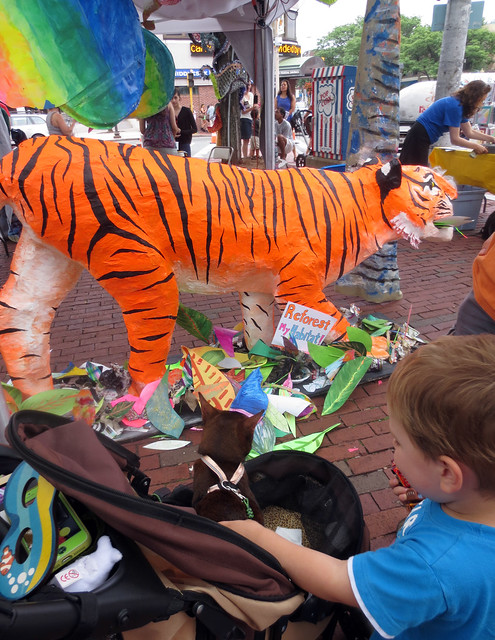 He was great with Jake, and Jake was great with him. It never ceases to amaze me how great Jake is around kids, because he doesn’t see children all that often. There are a couple of families on our floor now, but our therapy visits have almost exclusively been with adults. It’s one of the reasons I love going to ArtBeat with Jake: we get to interact with little kids. 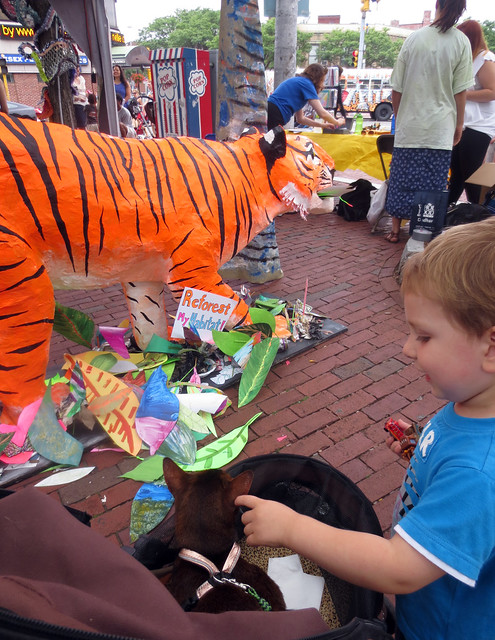 It’s a lot of fun to watch kids pet Jake, too. For some reason, they really seem to like his ears. 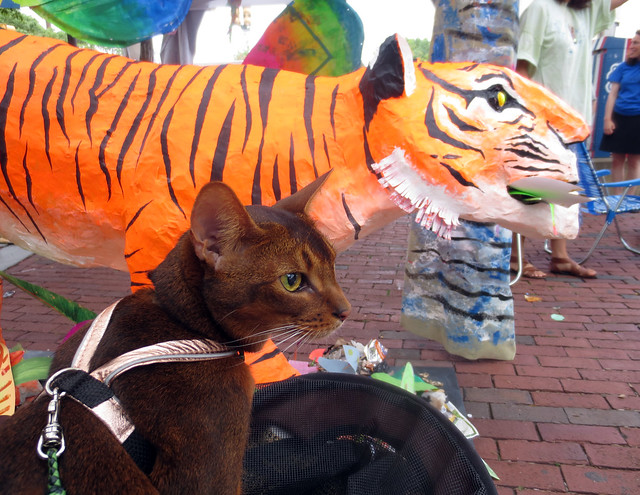 My little tiger…we’ve been to five ArtBeats together, and then I went to another one with Gun-Hee. I can’t really remember what it’s like to go without an Abyssinian!