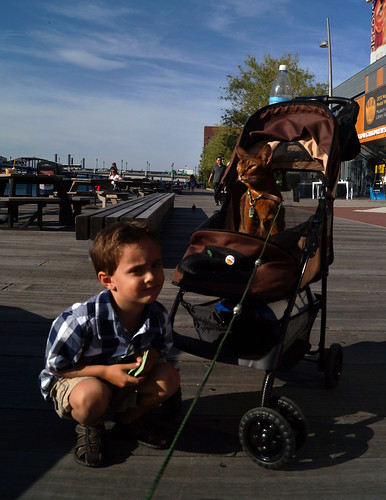 I really don’t know why he does – he’s not actually around them all that much and we don’t know a ton of people with little kids, but he tolerates them well. 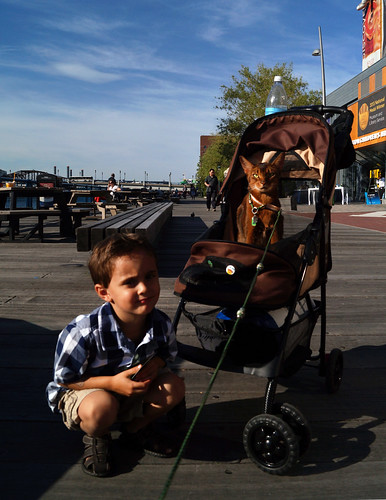 He actually does more than tolerate them, to be honest. I don’t know if he just intuitively knows they’re “kittens” or if something about their size appeals to him, but he has never hissed at a child or given any indication that they make him feel at all uncomfortable. 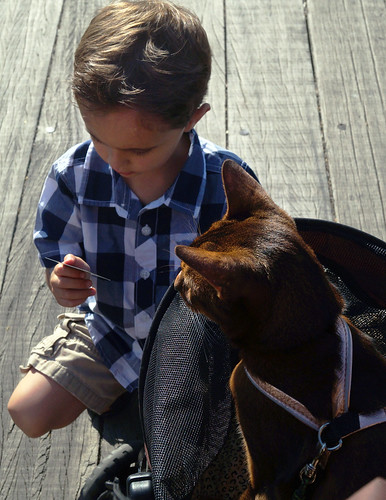 Sometimes, I think he’s better with kids than I am! 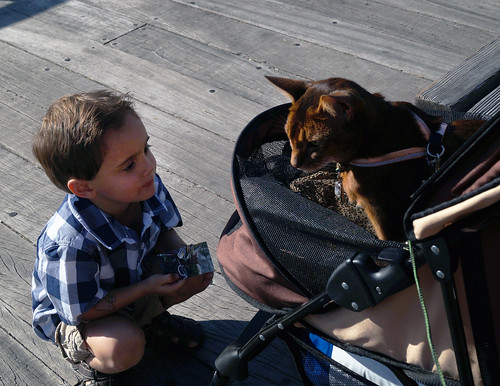 Of course when we go out to parks with his stroller, kids love to see and pet the kitty. They like the cards I give them, too. 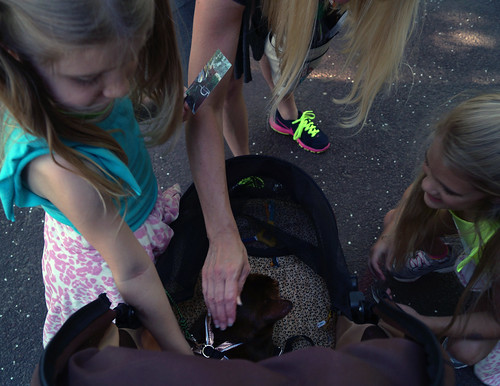 Jake just soaks up the attention like a big attention sponge. 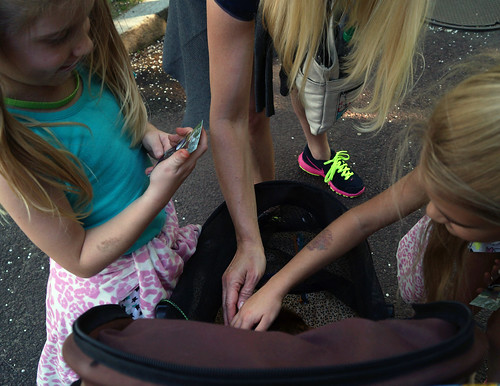 He doesn’t mind the sticky hands, either. 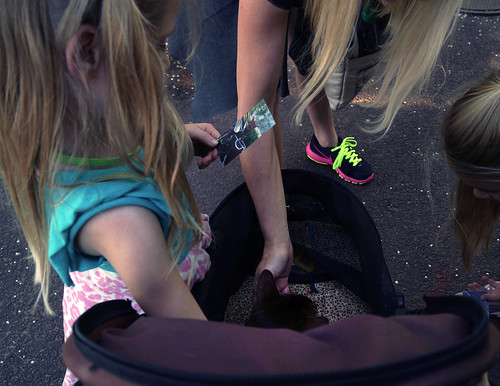 Petting is petting, I suppose. 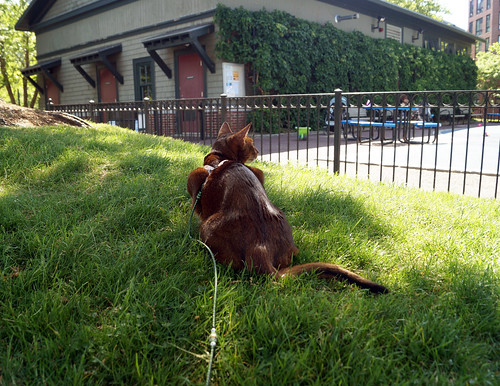 And even when the children don’t know he’s there, Jake likes to watch kids play. It’s just so interesting to me that he is so rarely around children, but he so great with them.