On Saturday at the NEMO show, Iris did a parade of breeds, and a bunch of us volunteered our cats as breed representatives. 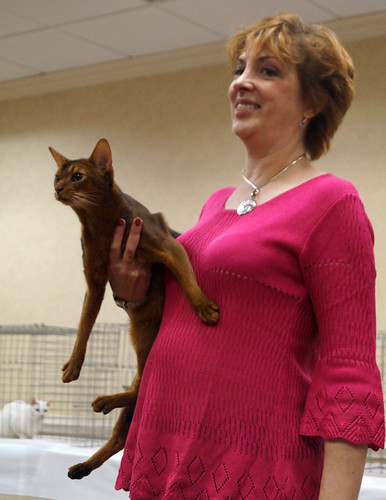 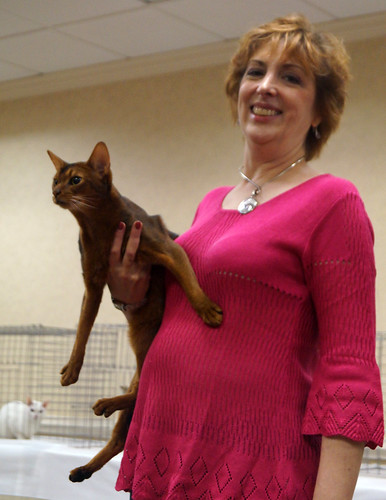 Of course Boston’s famous Strollercat was the Aby representative! 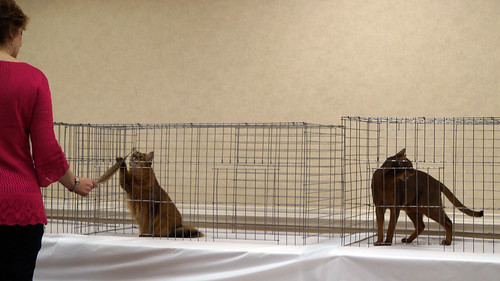 Jacoby and I were thrilled to see our friends Linda and Pippi had come to the show. Linda said they enjoyed the NEMO show so much last year, they had to come back for it (and the costume contest) again this time! 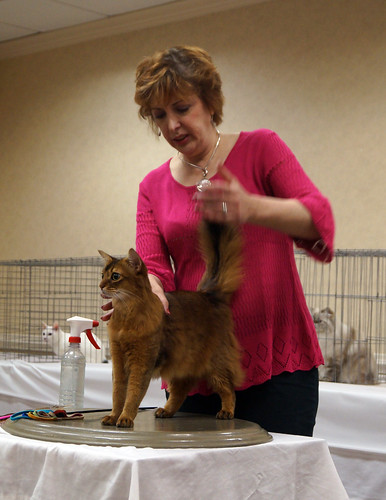 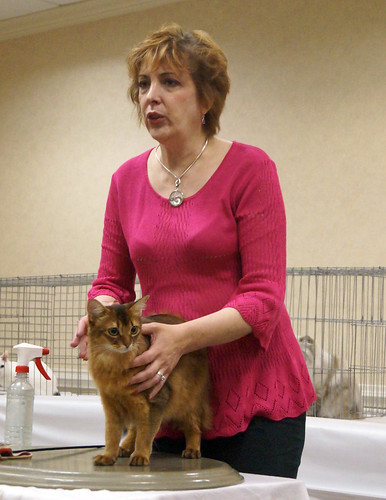 I took a lot of photos while Pippi was up for her turn in the parade of breeds. 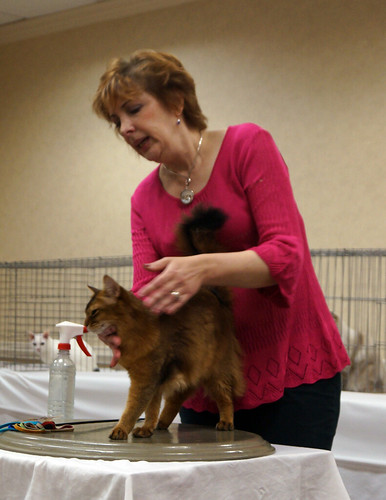 But the funny thing is… 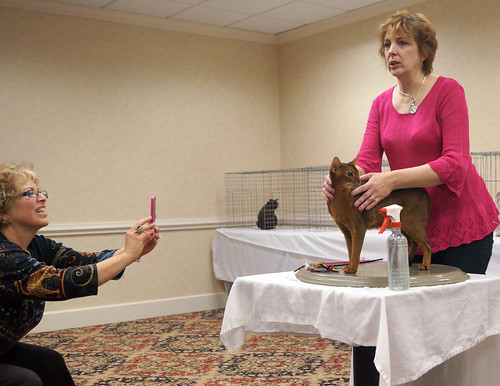 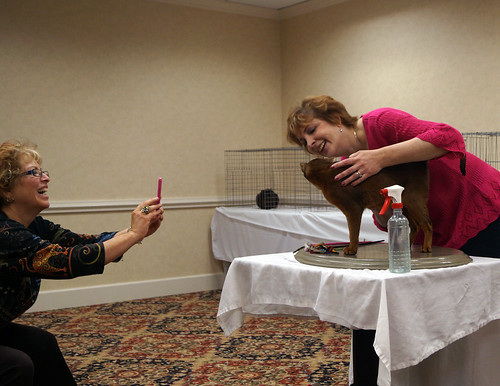 Linda took a bunch of pictures of Jake when he was up! 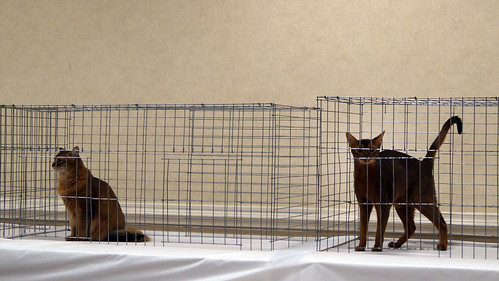 The best part about the parade of breeds is that Jake and Pippi were in cages right next to each other. 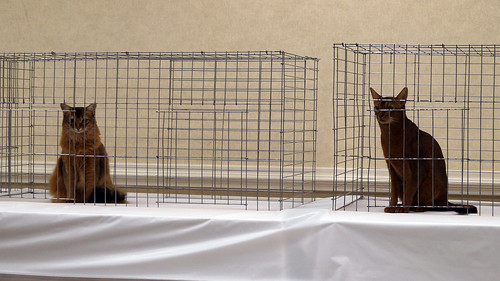 CFA considers Somalis to be a shorthaired breed (even though they’re a longhaired variant of the Abyssinian – they also consider Exotic Shorthairs to be a longhaired breed), and cats are judged alphabetically by breed. 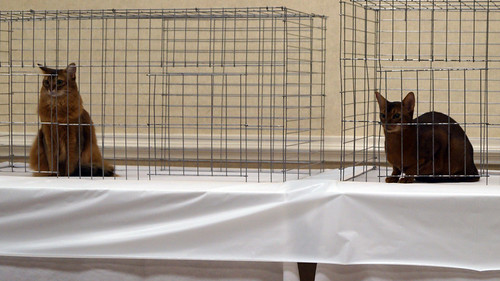 Abyssinians, of course, are the first shorthairs to be up, while Somalis are at the end of the alphabet so are among the last to be judged. 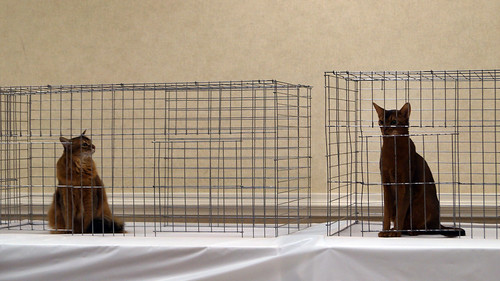 You hardly ever get to see the two breeds right next to each other. 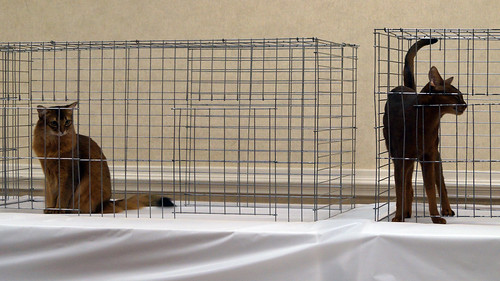 It’s really pretty cool to see an Aby and a Somali side by side. 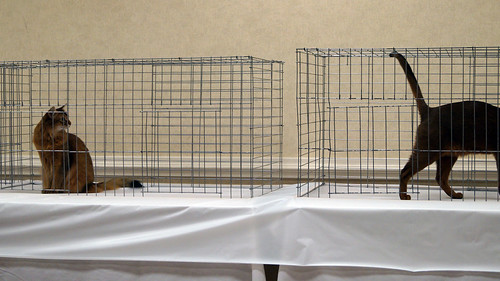