It’s always so delightful when we’re at a cat show and a judge really appreciates Jacoby’s strengths. 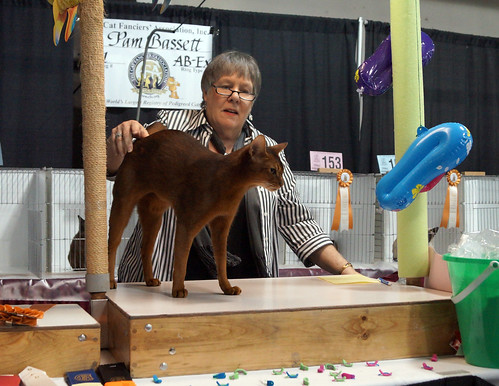 Jake’s not a typical Aby on the judge’s table. He doesn’t play with toys. He doesn’t scratch the sisal post. He doesn’t act like a kitten. 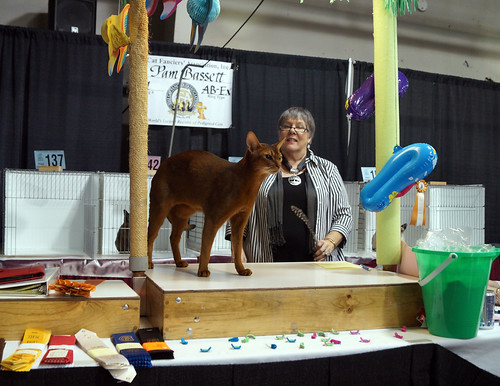 No, Jake just stands there on the table, majestically proud, surveying the audience. 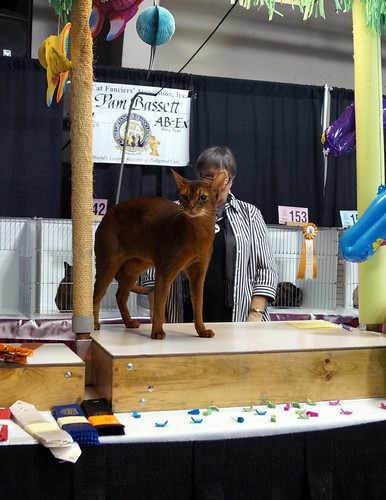 Pam Bassett, a judge from Louisana, was incredibly impressed by Jake’s show demeanour. 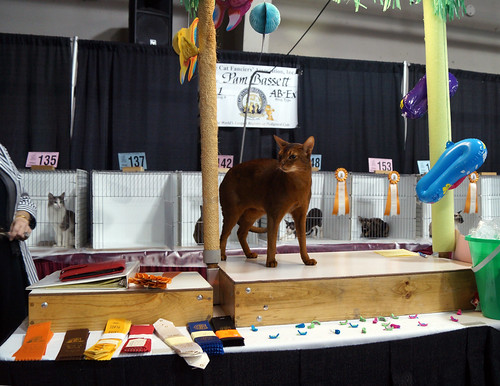 She was so impressed that she did something you will only rarely see a judge do with an Abyssinian: she took her hands off him and stepped away. 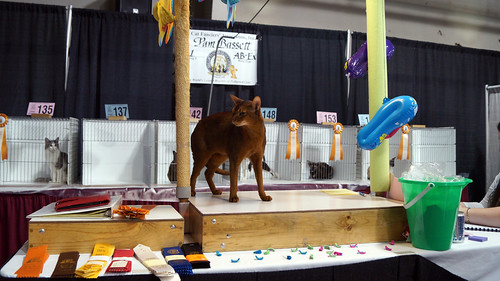 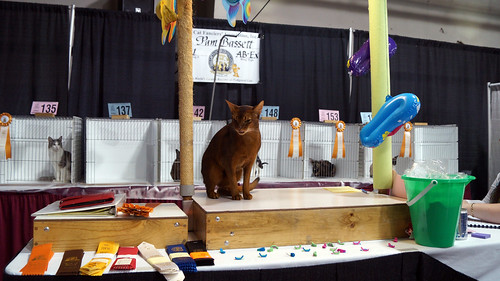 “Well, if she’s just going to leave, I might as well sit.” 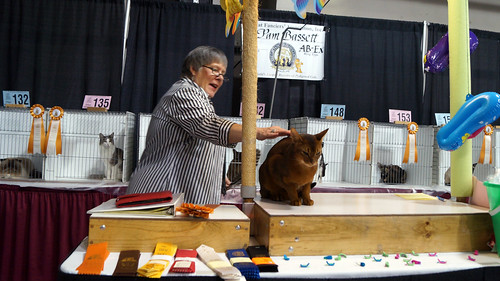 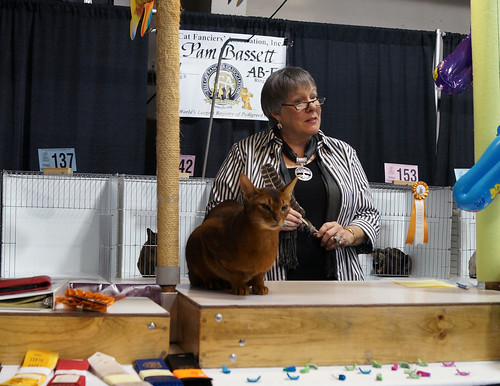 She really liked the way Jake was so calm and confident on the table. She gave him Second Best Cat in Premiership in her ring. 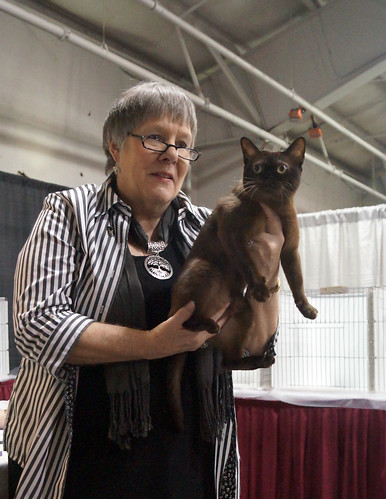 Her best cat was this sable Burmese girl, GP Panthat Just One More of Burmay. 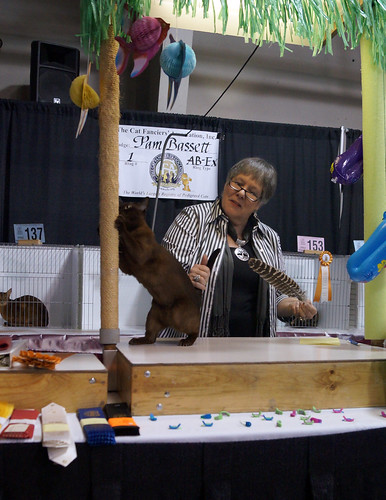 You’ll notice that Pam did not take her hands off of her or walk away like she did with Jake!