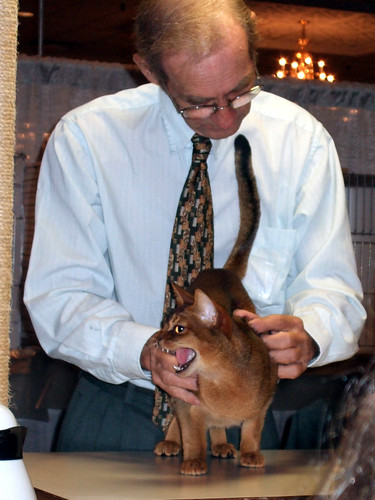 Gun-Hee was once disqualified in Wayne Trevathan’s ring because he said Gun-Hee had a gray undercoat. 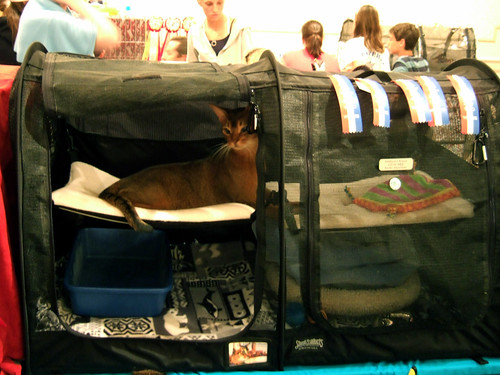 This was when he was still collecting his six Winner’s Ribbons to become a Premier. As a result, he only got five at that show and didn’t become a Premier until his second show as an adult. 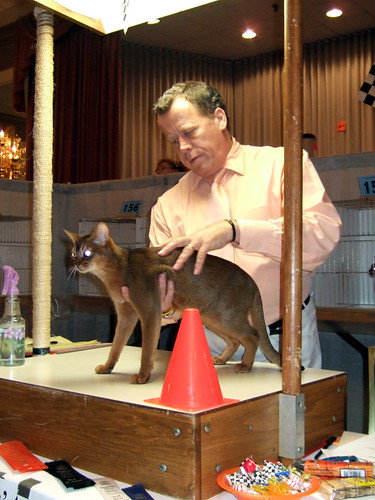 It was odd; Wayne was the only judge who ever said anything about Gun-Hee’s undercoat. Roger Lawrence gave him a Best of Colour at the same show, and three months earlier, Marge Collier made him her Best Kitten. 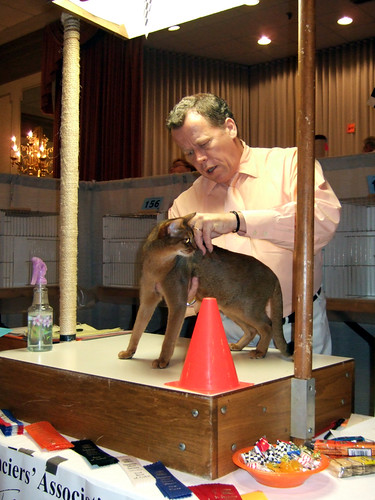 Unfortunately, Gun-Hee didn’t get to go to any more shows after that, so he never became a Grand Premier. That’s why it was so wonderful when Jacoby finally earned that title. Jake and Gun-Hee do look a lot alike…but Jake definitely has a more red undercoat. 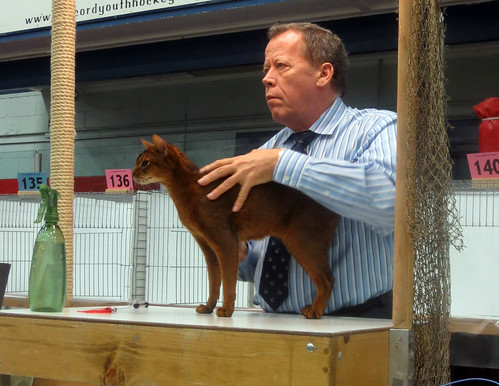 The first time Jake was judged by Wayne (I think it was at the Seacoast show last year), I held my breath…but he passed with flying colours. I don’t think he finalled…but he passed!