We got a new IKEA Billy bookcase which we built today. It’s pretty tall, so we built it in our hallway. 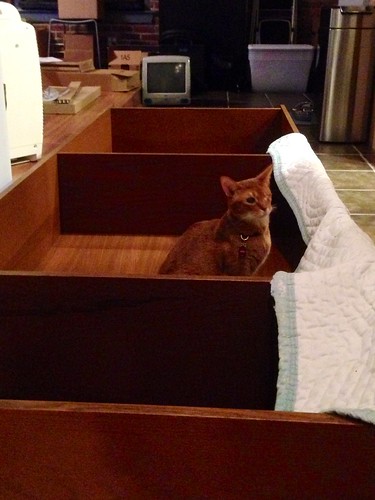 Angel loves it. It’s exactly the same colour she is! 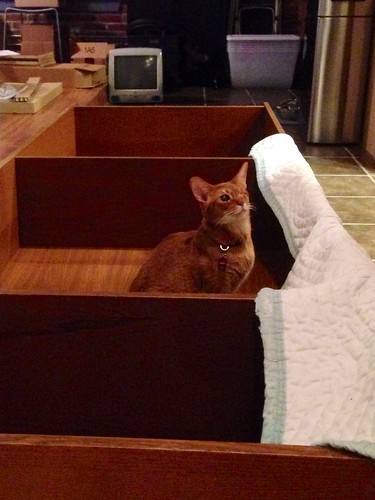 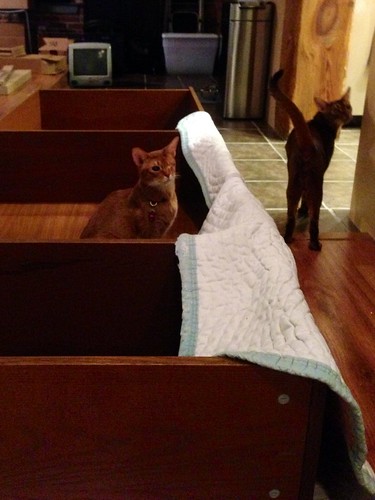 Wow…I guess it works! Jake didn’t even see her!

I love this one reader comment, too: “Currently [I have] 3 cats, two of which we raised as four day old kittens abandoned a couple years back by their mom. They all have learned little tricks, most of which involve ways to interact with their favorite humans and/or to get the occasional treat. In fact, every one of them responds to “Doors Closing” when I say it like the Metro announcement.

This proves that my cats are at least in one way smarter than many of my fellow commuters.”