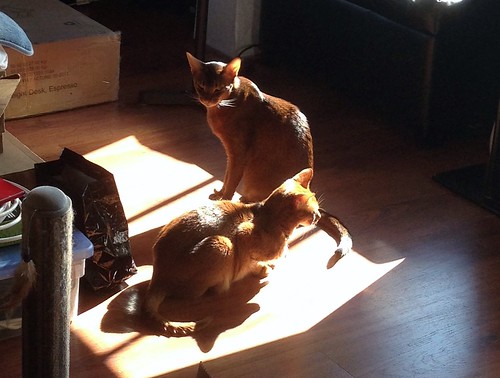 Our apartment get fabulous sun puddles in the mornings. 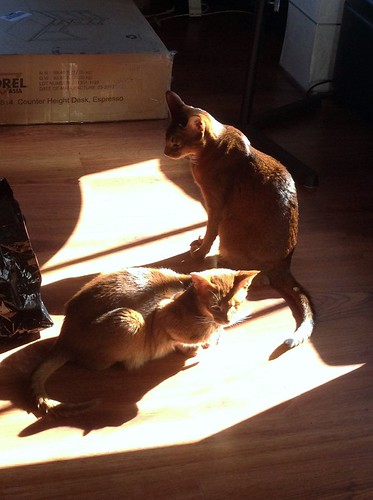 They are so fabulous, in fact, that Angel will allow Jacoby to get close to her without hissing at him. 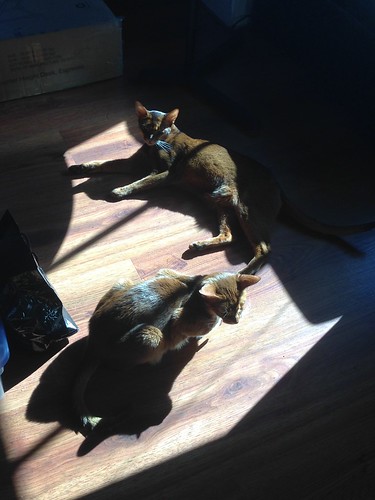 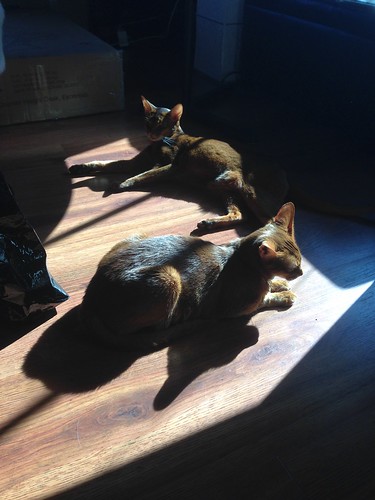 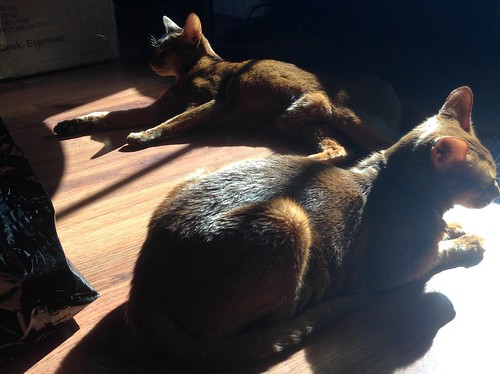 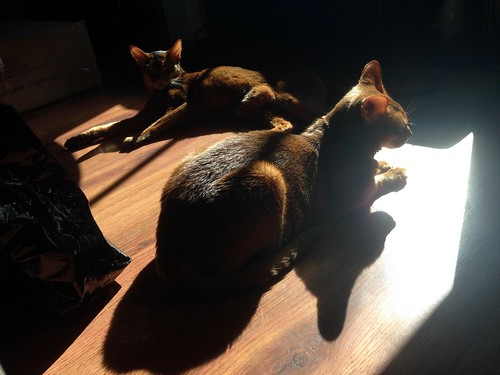 Of course, as soon as I’d put the camera away, Angel hissed at Jake…I guess the sun’s magic can only go so far…

Okay, everyone in New England who’s been wanting an Aby…I have a sweetheart for you!

“Falstaff is a purebred, neutered male red Abyssinian. He’s nearly 10 years old, but doesn’t know it. He’s athletic and figured out how to jump up onto the refrigerator where we kept his food. It’s no longer there, but we may need to keep it under lock & key!”

Hmmm…perhaps they should have named him something other than Falstaff; Abys have a way of living up to their names, so maybe Hostess Quickly nailed it when she said, “He hath eaten me out of house and home, he hath put all my substance into that fat belly of his…” Except this boy doesn’t look all that fat!

“Falstaff is located in Pittsfield, Massachusetts, which is in the western part of the state. My daughter is out of the country for an extended time. My husband has a debilitating condition, and when he retires in June, 2015, we will sell the house & move to Florida.

Unfortunately, Falstaff has scratched up our furniture & window sills. When Falstaff was a kitten (he was born in our house), he scratched on a tower, which fell over on him. Since then, we’ve tried to interest him in scratching pads, boards, etc. He’ll have nothing to do with them. He enjoys chasing laser beams and paper balls.

We really don’t want to put him in a shelter if we can help it!”

If you are looking for an older (but by no means “old”) Aby with a lot of personality, contact Helen Came at hcameandall5@gmail.com.