Strollercat wasn’t always Strollercat, you know. Like most legends, he had humble beginnings. 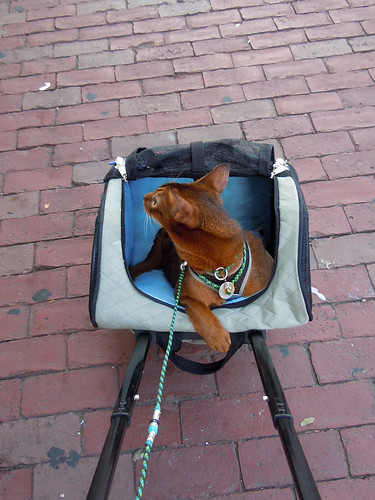 Jacoby first started out in a Snoozer Roll Around. That was a bit like a rolling carryon suitcase, and it worked okay, but Jake didn’t really like it. It was too low to the ground, and he hated facing backwards and being behind me. He wanted to see where we were going! 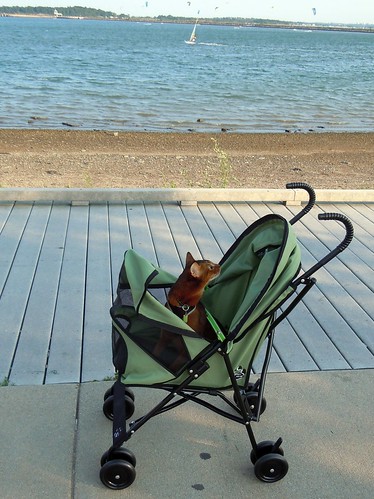 Back in 2010, cat strollers weren’t as common as they are today. Not knowing any better, I got an inexpensive Pet Gear Travel Lite folding stroller for about $50 on eBay. 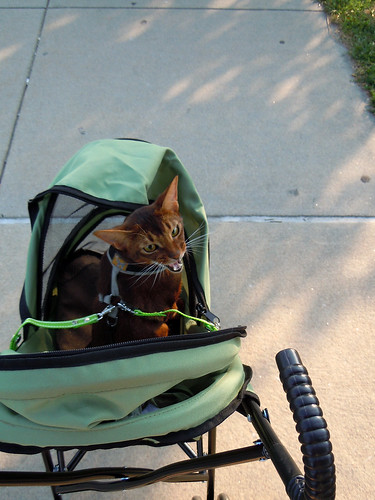 It was a vast improvement over the Snoozer. I needed to modify it somewhat; it had no “seatbelts” so I had to make a way to leash Jake inside the stroller. 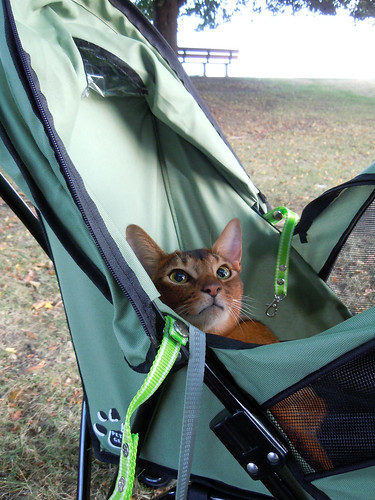 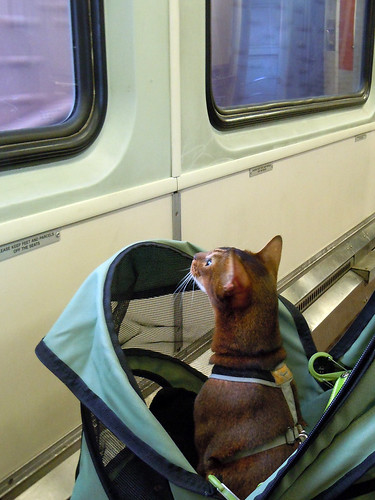 There were some problems, though. The wheels were small and flimsy, and the ride was pretty rough. It was also too short for me! I’m 5’8″ tall, and with this stroller, I had to kind of hunch over. That’s hard to do when you’re on a long walk. 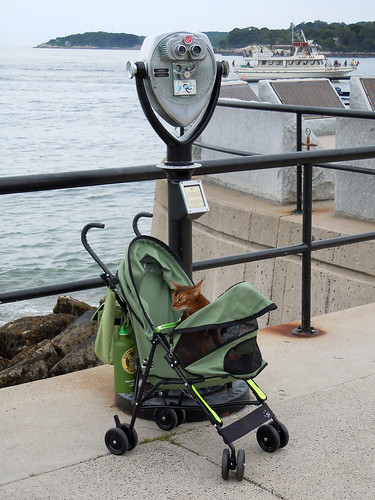 It wasn’t really comfortable for either of us. Despite that, we used it a lot that summer. Jake and I went to the Apple store to get the new iPhone 4 in that little stroller, and we also took a day trip to Gloucester with it. 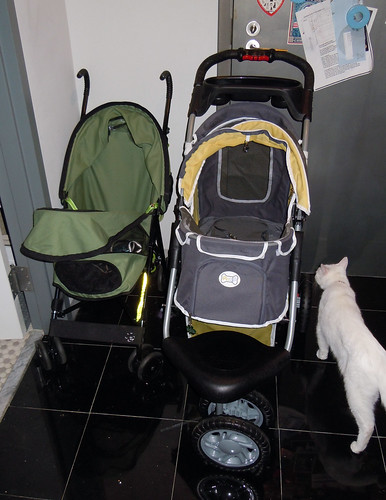 It wasn’t long before we both needed an upgrade, though; it was clear that going out in the stroller was definitely something we both enjoyed, so I got the PetZip 1st Class Jogging Stroller. It was immediately apparent that this was a huge improvement, not only because of the taller and sturdier handles and the bigger, more shock-absorbing wheels, but also because of the storage space underneath. 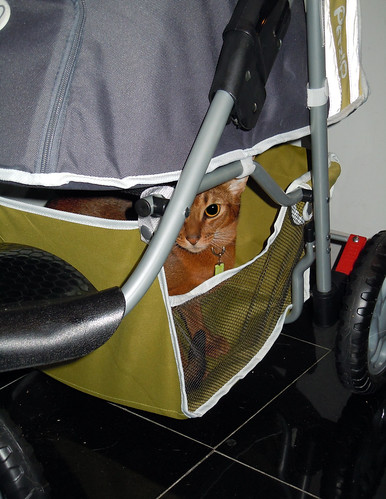 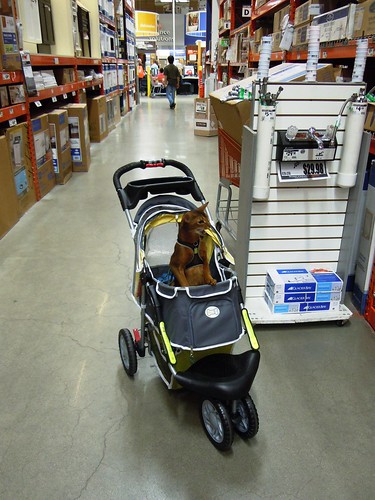 …but it wasn’t long before he was riding in it like a pro! And don’t get me wrong, Pet Gear does make some nice strollers – Jake’s “mini” stroller is a Pet Gear Happy Trails, which is taller and sturdier, yet still light and easy to fold.