Once in a while, my husband will order meat from Omaha Steaks. 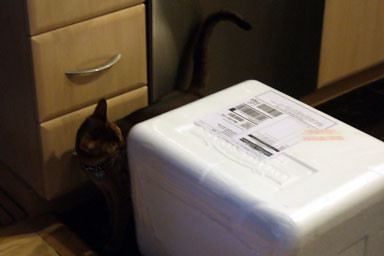 As I posted back in May 2008, even though it comes in a thick styrofoam box, Gun-Hee still knew there was meat inside that package. 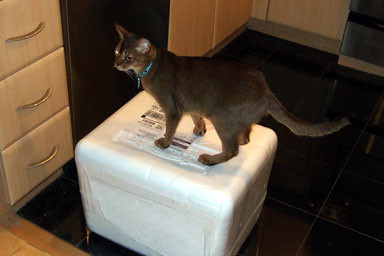 Gun-Hee couldn’t wait for me to open the meat box when it was delivered. 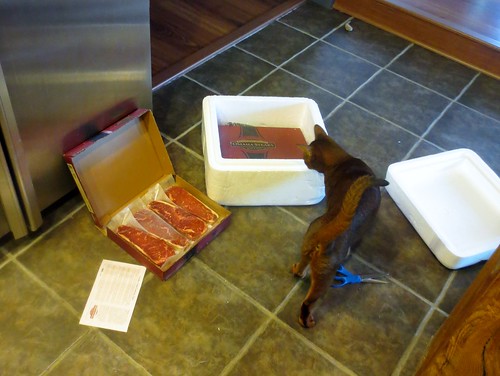 His half-brother Jacoby is no different. 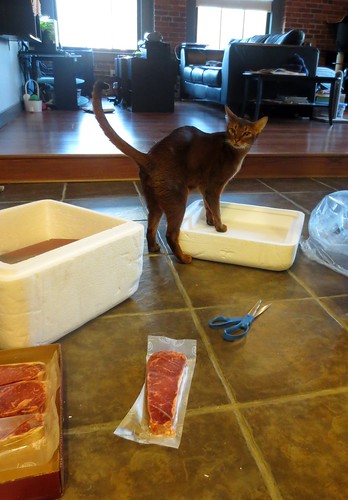 Even though it’s hermetically sealed in plastic and frozen so hard it could cause significant blunt force trauma if used as a weapon, somehow, Jake still knows it’s meat. 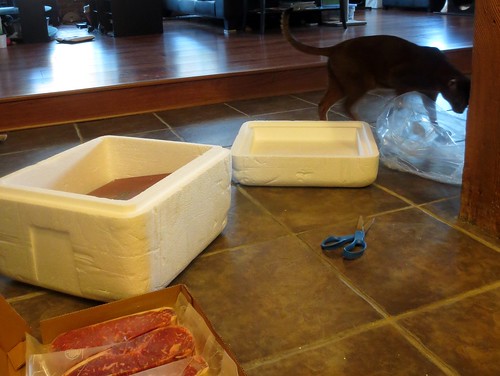 Of course, Jake is also interested in the plastic… 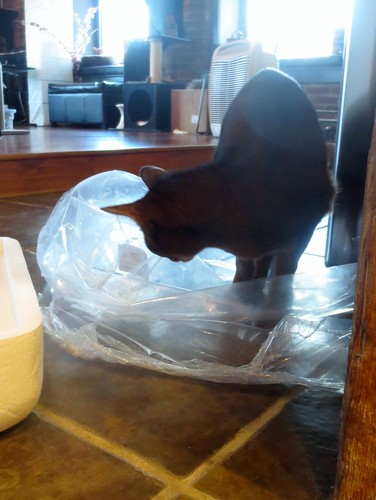 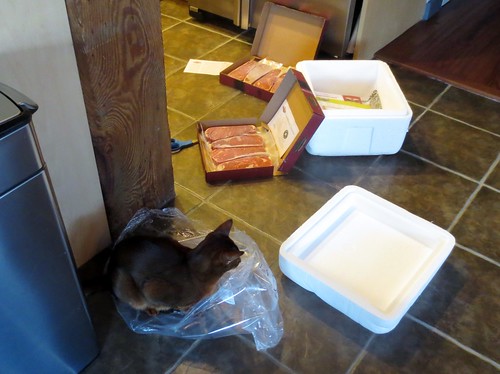 (He’s kind of got a thing about plastic. Don’t judge.) 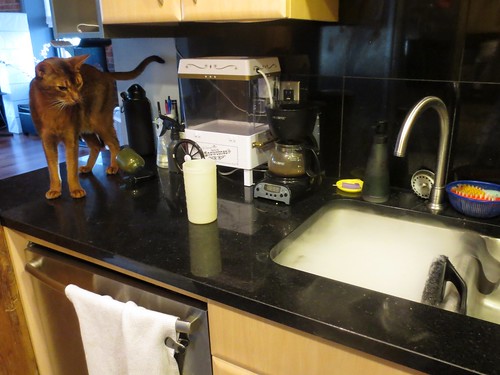 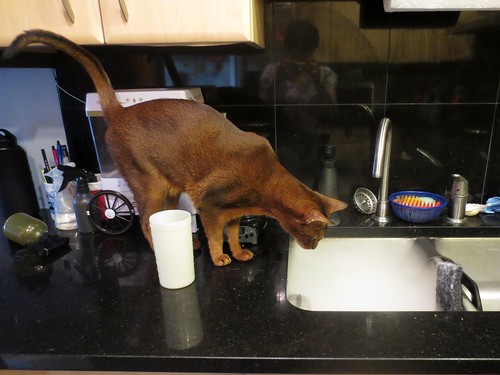 The dry ice the meat comes packed in is pretty awesome, too.

Rebecca Rebecca Eagland posted photos of her young blue Aby, Moon, wearing a red onesie earlier this week on the Facebook Abyssinian Cat Club. Moon had surgery this week for neutering complicated by one undescended testicle and came home with stitches all up his abdomen, but instead of having to wear the Cone of Shame, Moon’s vet put a shirt on him instead.

This ingenious shirt (which is similar to the Thundershirt) comes from Medical Pet Shirts and was developed in The Netherlands by veterinarians as an alternative to the old-fashioned Elizabethan collar. Made in styles for dogs, cats and rabbits, these shirts are thoughtfully developed to protect pets during recovery. Moon’s shirt cost a little over £15.00; not as cheap as a cone, perhaps but much cheaper than the cost of restitching if he pulled his stitches out!

It seems to be working; Moon doesn’t seem to mind his shirt at all. The website says they have distributors in the US and Canada as well as all over Europe, the UK and Scandinavia, but since they are only available through veterinarians, I don’t really know how you can get your hands on one, yet.

I will say that if I’d have had one of their protective leg sleeves when Jacoby had his escalator accident, it would have been a lot easier keeping his bandages on! Those seem to be only made for dogs, though…at least, for now.