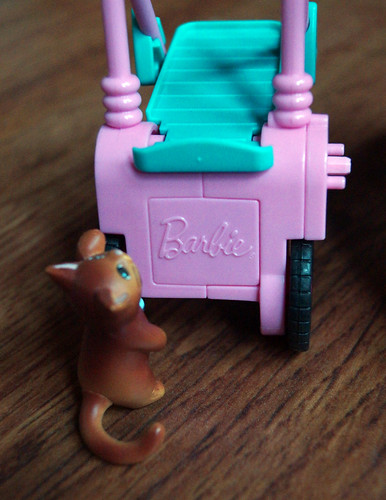 I am still working on the Strollercat Action Figure. I have a couple of different versions, mainly involving Playmobil strollers and Lego cats, but I’ve also been experimenting with Barbie components. 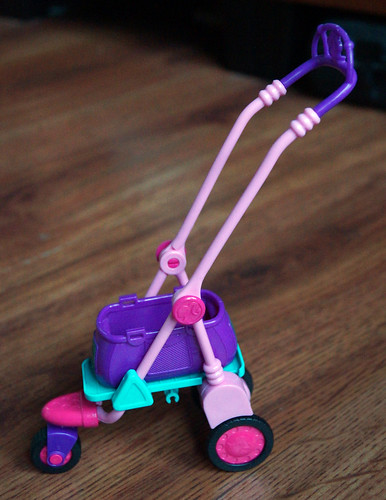 This iteration of the Strollercat action figure is larger than my other attempts. It is based on the Barbie Strollin Pups playset. I got one on eBay, along with some other random pieces. 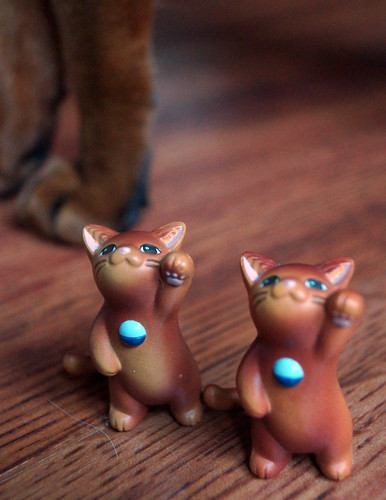 It is about the right size for the two Yujin Gacha Abys I got from a vending machine in Seoul in 2006. More on them later. 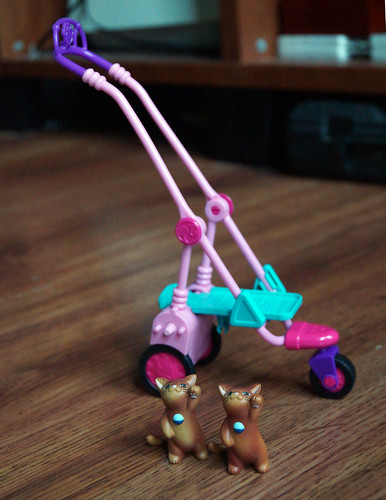 Because Barbie is freakishly tall, the handles on the Barbie stroller are ridiculously out of proportion to the rest of the stroller. The base of it is a good size, but the handles are about twice as tall as they would be in real life. 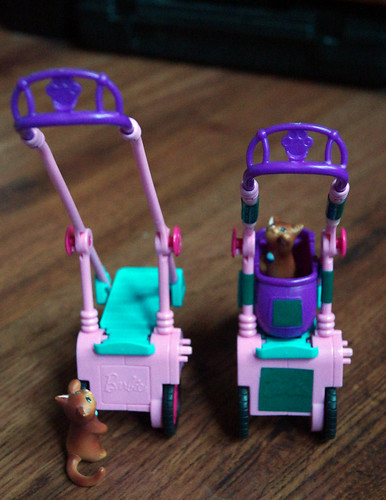 So I cut the handles down to a more normal size. 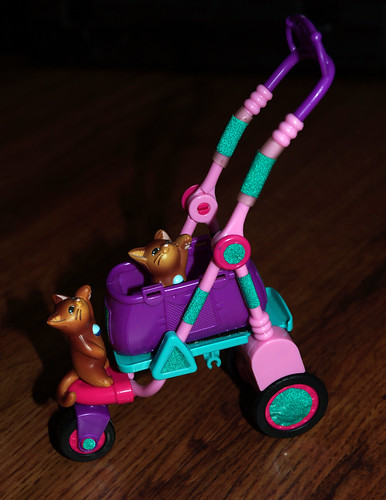 I also added green reflective tape to cover the joints where I reattached the stroller handles….and to cut down on the Barbie pink. 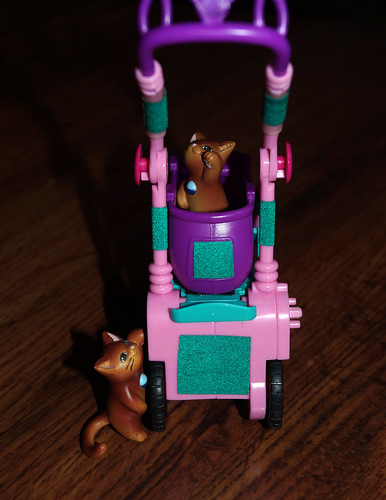 And, you know, to make the stroller is safer at night (just like Jacoby’s real stroller!) I will say this about the Barbie stroller, though: it’s actually meant to be a pet stroller, not a baby stroller, and that makes it easier to adapt. Most of the toy strollers I’ve found were designed to carry little human dolls, not feline ones. 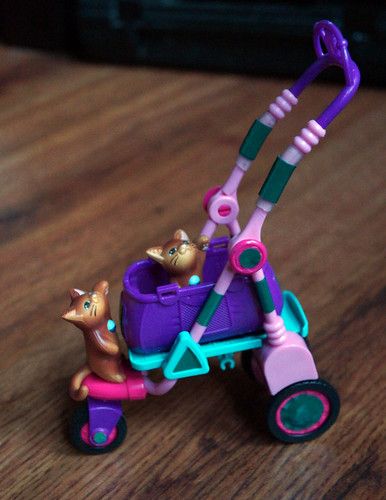 And for a Barbie accessory, it’s not as obnoxiously pink as it could be – it’s also got a good amount of purple and teal! 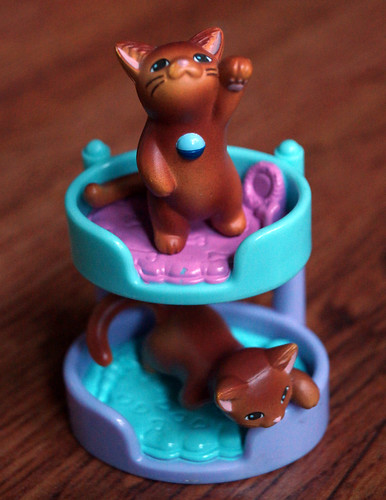 Because I bought the strollers as “Barbie parts,” I got a bunch of other Barbie Veterinarian/Pet Sitter/Groomer accessories. Like this cute double-decker cat bed. 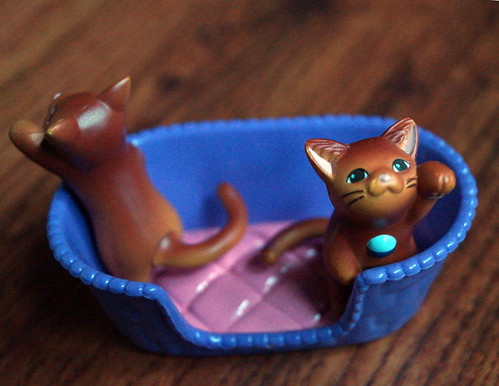 And this traditional basket bed. I think this one is meant for Barbie’s dog, but it fits two kitties quite nicely (just like a real dog bed)! 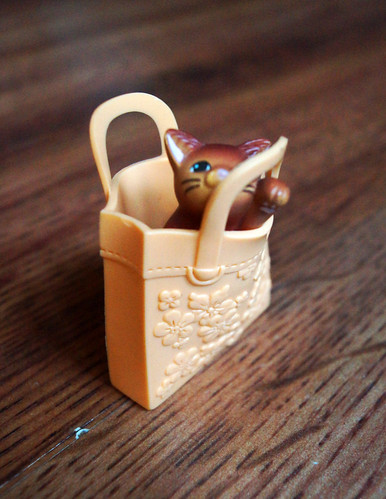 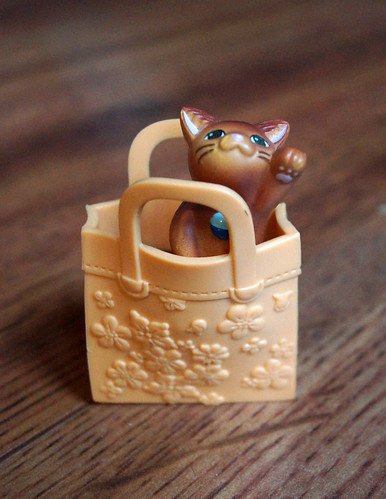 A handbag so Barbie can take her kitty with her when she goes shopping! 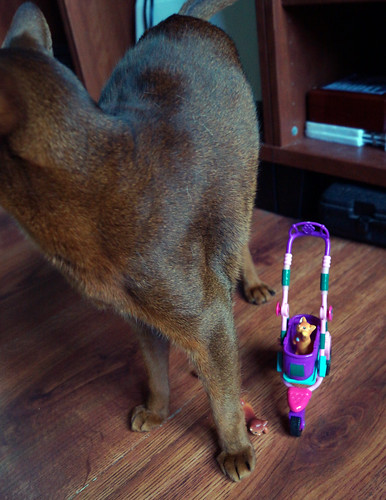 You may be wondering about these little Aby figures.

These are Yujin Pet Cat figures (Series 2) from 2006 and they are a little hard to find now…but they can still be found on eBay. I got the first ones from a gacha machine in Seoul, as I said above; this was right after my Siamese Harri had died and we spent quite a few yen trying to get the Siamese figure. 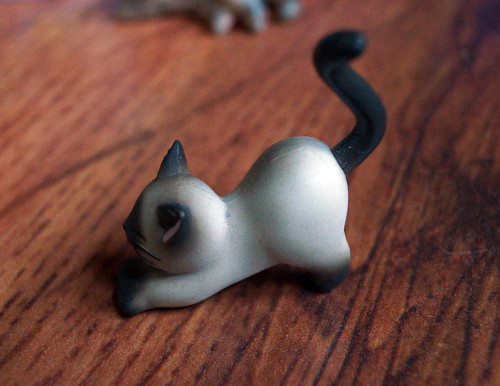 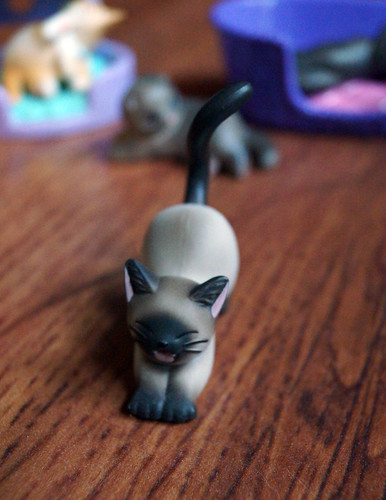 It took us a while to get a Siamese, but in the meantime, hey, kitties! I knew that the solid mahogany kitties were meant to be Abys, but I didn’t realise the import of that until later in 2006. 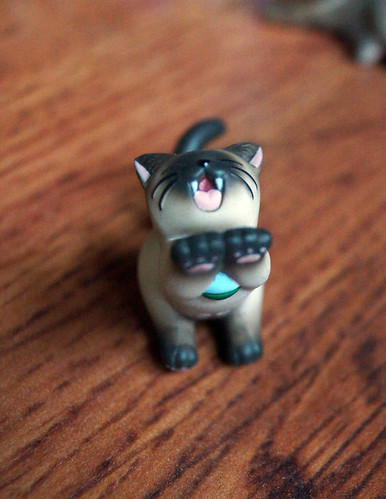 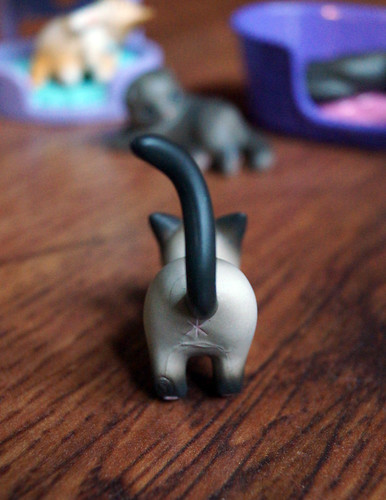 These little cat figures are delightfully detailed from head to…er…toe. And then some. 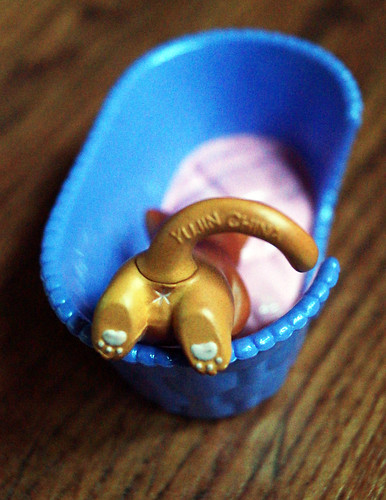 Even on the bottoms! 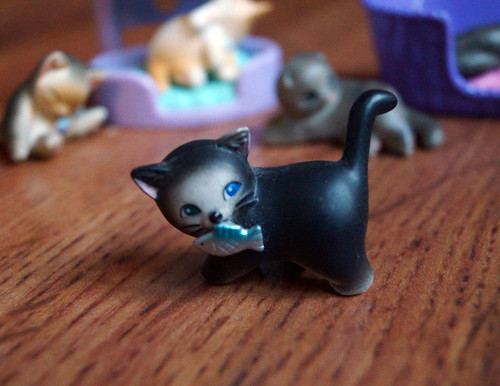 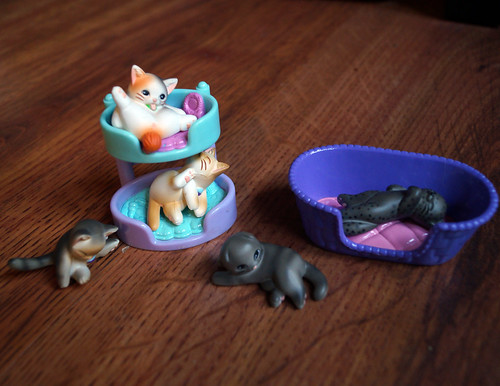 There’s a decent representation of breeds, too. I’ve got a Japanese Bobtail, a Scottish Fold, and an Ocicat…I think the other two are a red pointed Balinese or Birman and a tabby of some sort. 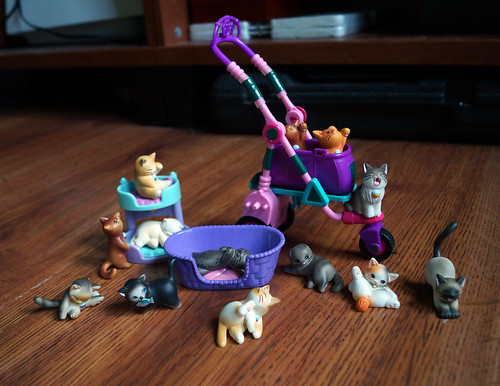 I also have a Maine Coon and a Persian. 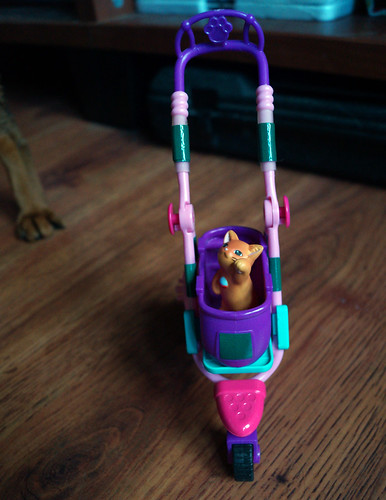 Recently, I realised from looking at the slip of paper that came with each kitty in its gacha capsule, that there was a red Aby as well as a ruddy Aby in the collection. 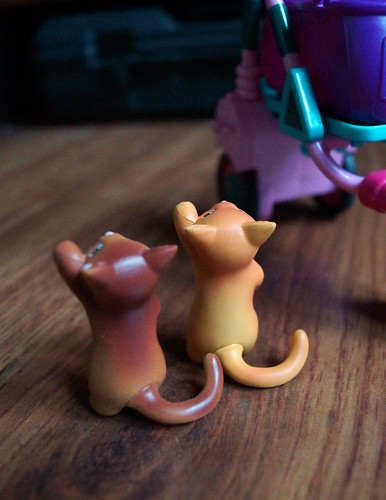 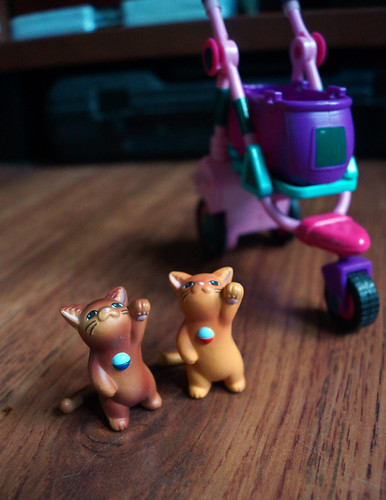 And as luck would have it, someone was selling a red Aby on eBay! So now I have both Aby colours. And I would be lying if I said I haven’t considered trying to paint over one of the eyes on the red one… 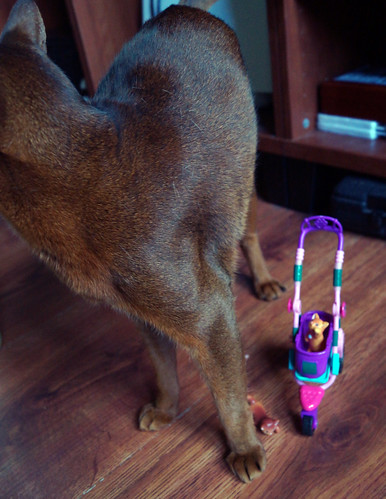 I think these little gashopon Aby figures make a pretty good Strollercat, (which doesn’t mean I’m always on the lookout for something better, of course). I just need to perfect the stroller and the Strollercat Action Figure will be ready to roll!