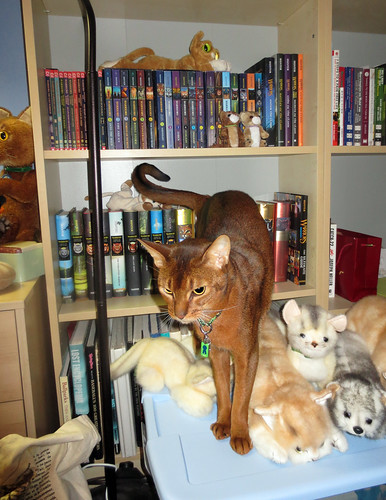 I have been collecting cat books for a very long time, and I have a lot of them. I have books on cats in general, on specific breeds (mainly Abyssinians and Siamese), biographies and hardcore veterinary manuals and genetic texts…and silly cartoon and picture books. I’m pretty proud of my feline library. 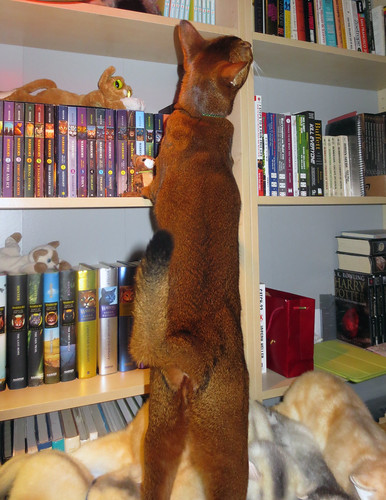 I also have all of the Warriors books. They take up most of one bookshelf in the bedroom. 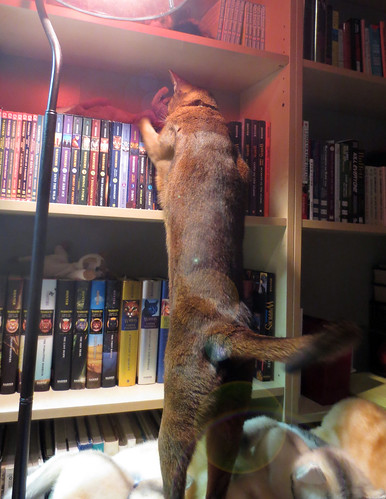 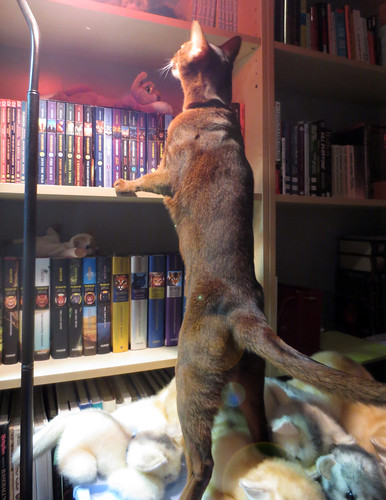 With cats (and one badger). Mostly, the cats are feral, but there’s an Abyssinian in one of the books (probably)! 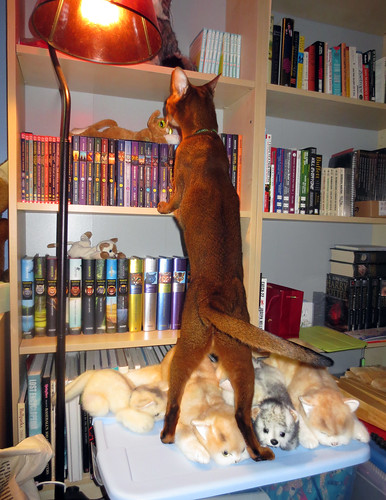 They’re fast-paced and addictive. Currently, there are five 6-book story arcs (with a sixth reportedly in the works), seven expanded “Super Editions” focusing on specific characters, and several novellas and manga that fill in stories between the main novels. There are also “field guides” with character profiles and other background information. The only thing that there isn’t is a full-length feature film (or several) – these books are easily as gripping and thrilling as, say, Harry Potter or Twilight. 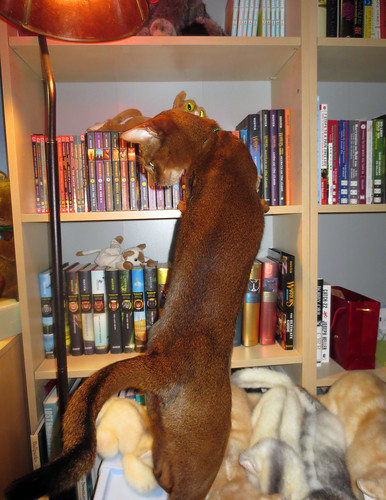 Looks like Jacoby is having a hard time deciding where to start. 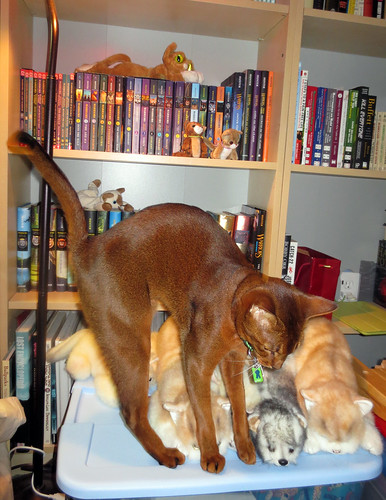 Or, maybe he’s just remembered that he doesn’t know how to read.

Look at this cute little girl!

Too bad little Jasmine ended up on a weekend page of the Workman Page-a-Day Cat Calendar…she only gets half a page to be adorable!