Jacoby and I had our recertification assessment for Pet Partners today. Since he didn’t pass the last time, we didn’t take the train; my husband drove us. We also took the test in a different room that was completely dog-free. 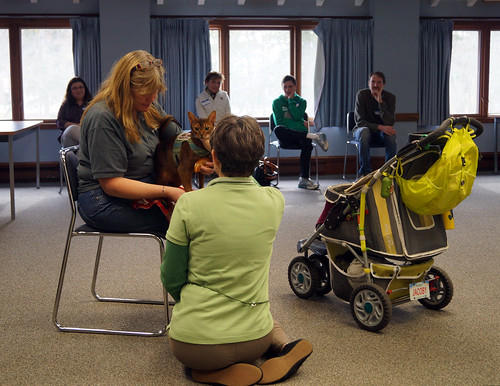 Jake did a lot better this time than last time; being in the new room definitely helped. 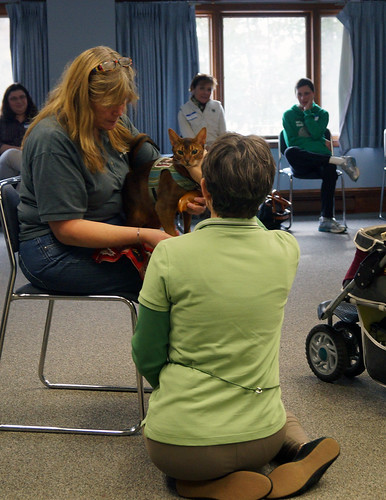 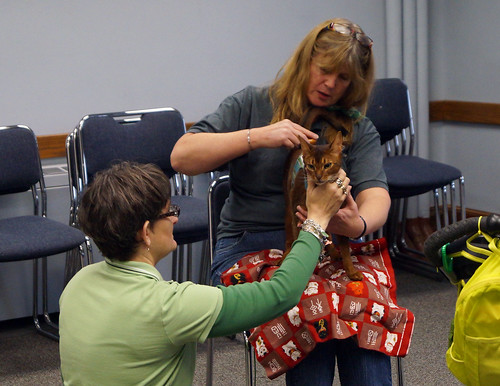 When Jake was doing the parts of the assessment that involved him not being in his stroller (on someone’s lap, being held by me or someone else, or on a table), he hissed and growled. Not at anyone – these were “in general” hisses and growls – and once he was back in his stroller, he would purr and knead his cushions. 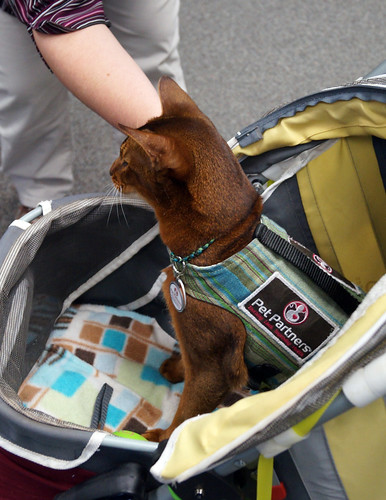 However, the growling was bad sign, regardless of the reason for it, and he didn’t pass his assessment again. Deb, the person who did his assessment today and who’s done all of his previous assessments, is afraid he might be suffering from therapy burnout. He still obviously loves and enjoys aspects of therapy visits, he doesn’t seem to love all of it, at least when he’s being tested. He’s never growled or hissed on an actual visit, but the concern is that if he does it during the test, he could do it on a visit, and the last thing you want to do is scare a patient. So, for the time being we’re still on a break. 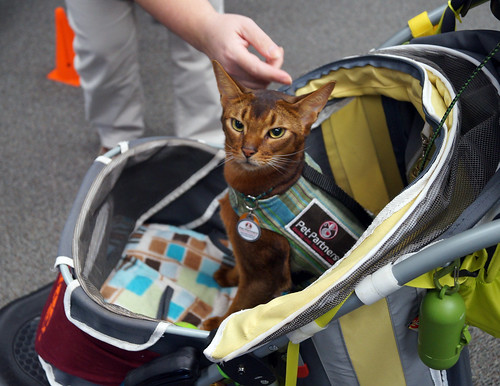 We aren’t going to take the test again until March, and if he doesn’t pass then, well…maybe he’ll be a retired therapy cat. We’ll just have to see.