Jacoby and I are still recovering from our weekend, but here are some photos from the CFA World Show. 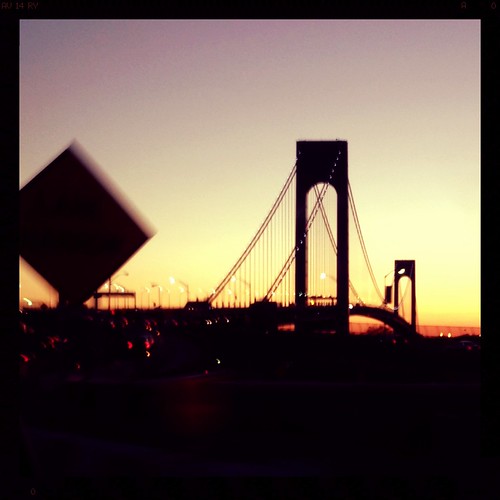 It was a really long drive from Massachusetts to Pennsylvania. We also had to stop in NYC to pick up our friend Vasil, an Aby breeder from St. Petersburg (Russia, not Florida). 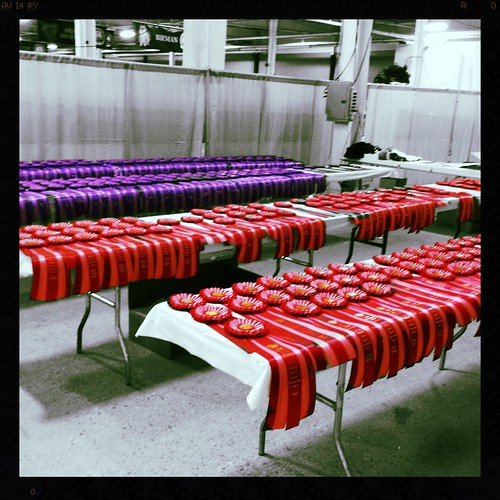 It was really exciting to see all the breed winners’ ribbons laid out! 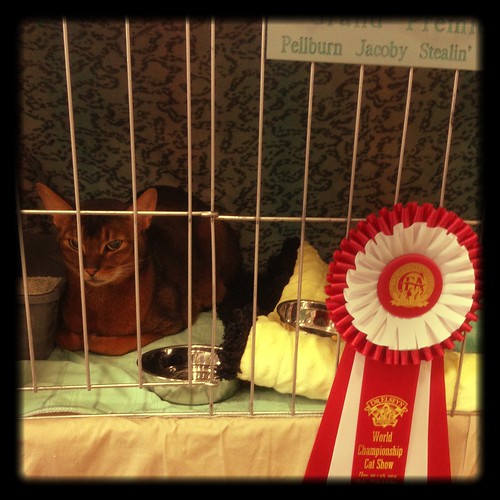 The show moved pretty quickly. Jake made his first final around 1:30pm on Saturday. 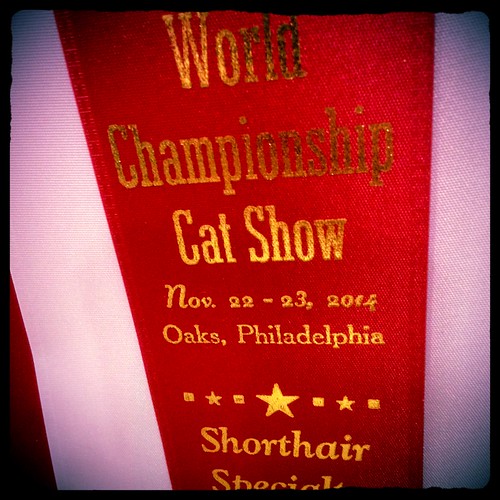 I was rather amused the ribbons said, “Oaks, Philadelphia” instead of “Oaks, PA.” 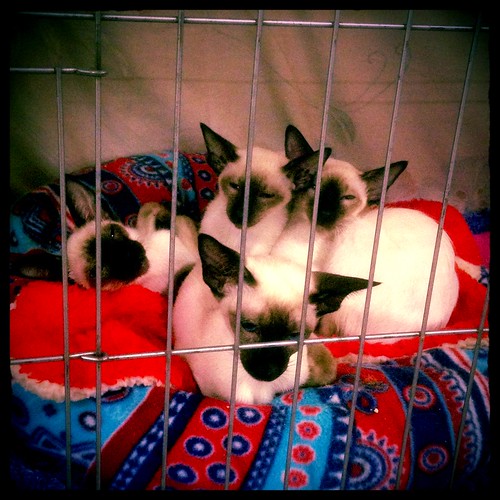 There were, I think, representatives from every CFA breed in the show hall…but I fell in love with this cage full of Siamese babies. 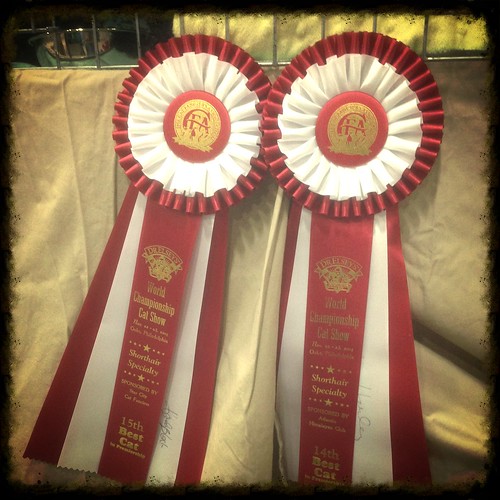 At the end of the day, Jake had made two finals. 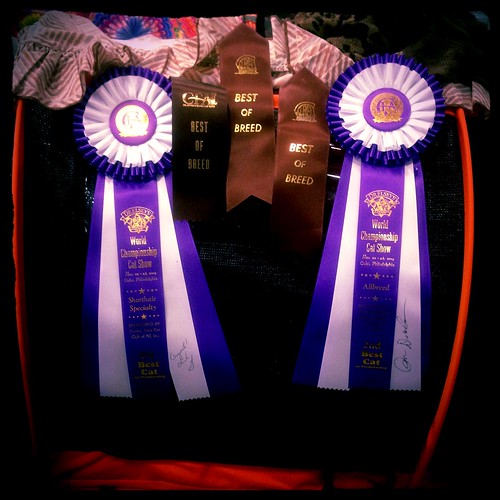 Meg’s red boy Garçon (GP Anubis Chai Latte) did well in the Purple Show, too. He and Jake were like a Premier Aby tag team. 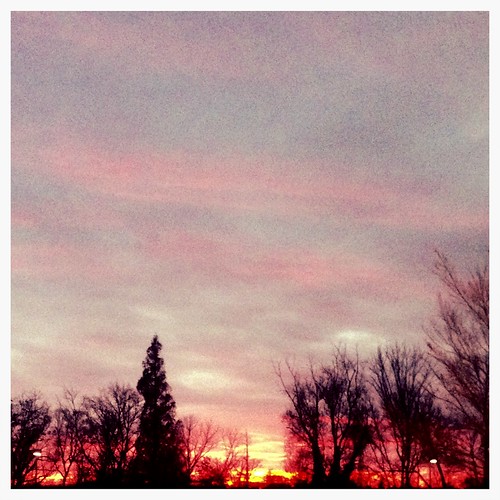 The sunset on Saturday was absolutely gorgeous. 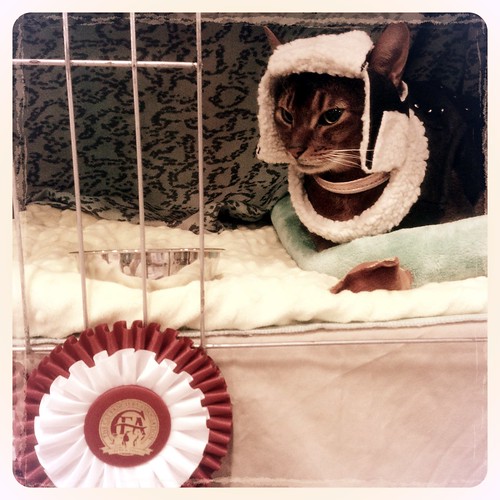 It was cold on Saturday and the show hall was chilly, so Jake put on his hat and coat while we were waiting to leave for the evening on Saturday. 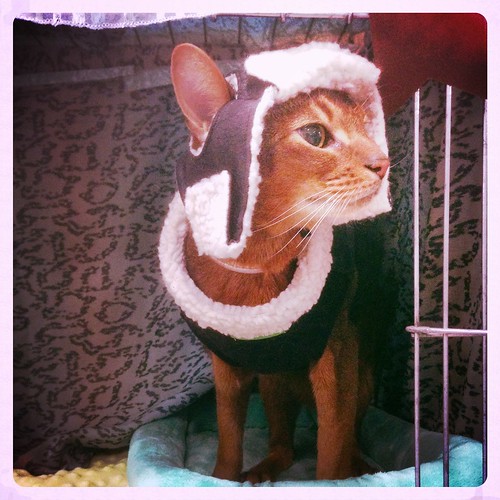 People thought it was hilarious that Jake wore his hat and didn’t mind it…Jake was just happy to be warm. 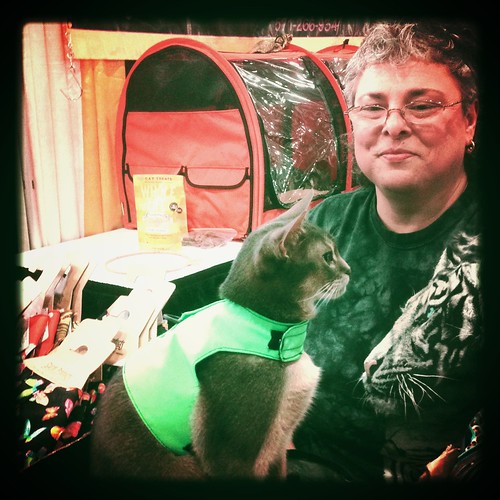 The famous Racy Mooner, her mother Twyla Mooner and their human, Lisa-Maria Padilla, were at the show, too, but they were in the vendors’ area, selling Racy’s walking jackets. I didn’t really even see them until Sunday. 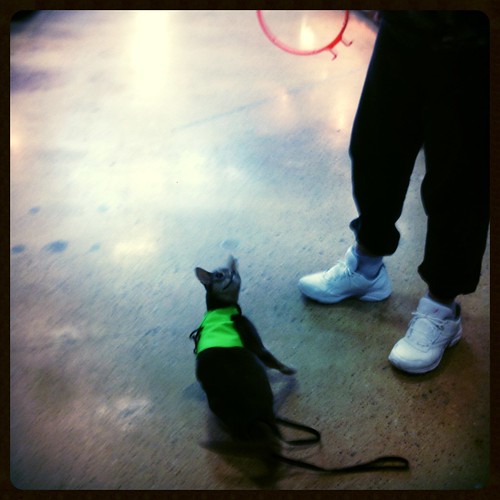 Racy was showing off, doing tricks like rolling over… 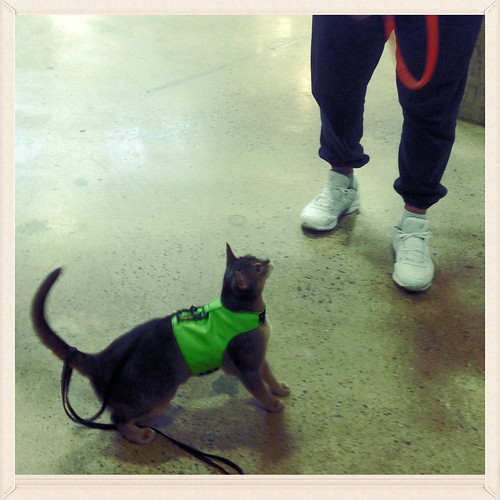 …and jumping through a hoop. It was really great to see them again. 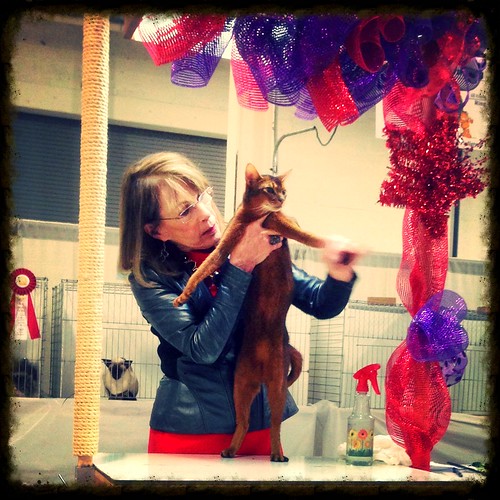 Most of the show happened on Saturday. There were nine rings total, and six rings were judged on Saturday, with the remaining three rings judged on Sunday. However, one ring in each show did their judging on Saturday but didn’t have their final until the next day, so there were only five finals on Saturday with four on Sunday. This is the Jake in his final on Sunday. 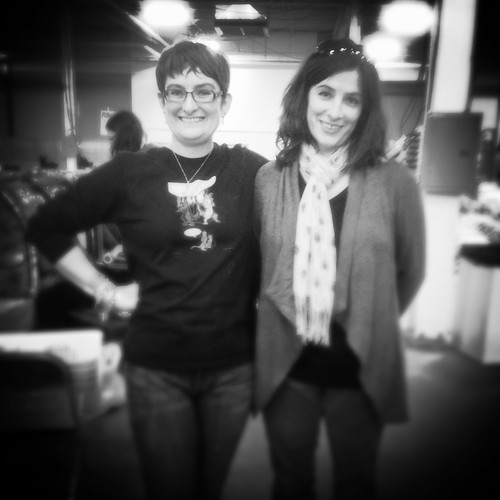 The best thing about Sunday, though, was seeing my sister Karen! She lives in Philly and stopped by to visit us and see all the kitties. It was awesome to introduce her to all my friends, and being at a show with her reminded me of when we were kids. 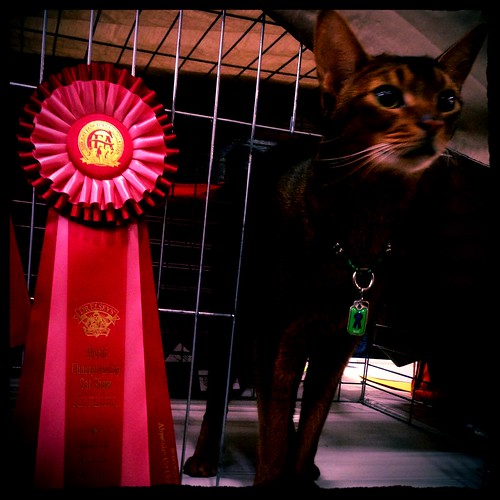 At the end of the day, Jake had made four finals, won the Best Abyssinian in Premiership in the Red Show, and was ready to go home – and so I was I. It was a really long drive. We left the show hall at 4:45pm and I got home at 12:20am. 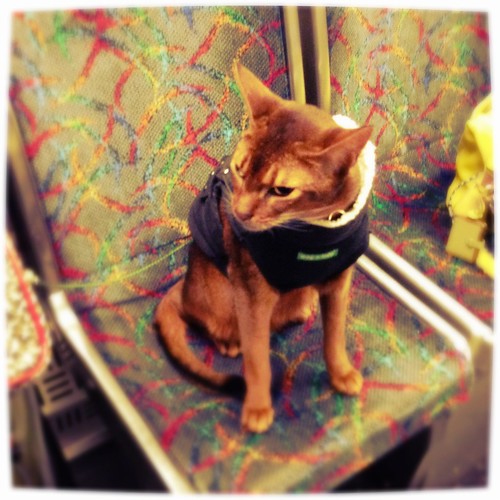 Jake had to spend the entire time in the car in a large cat carrier with a litter box. By the time we got to the T, he did not want to be in his carrier any more. I let him sit on the seat. 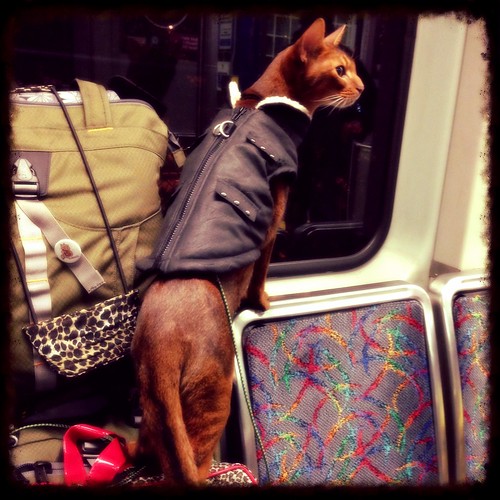 Even though we both had a great time at the show, we were eager to get home. 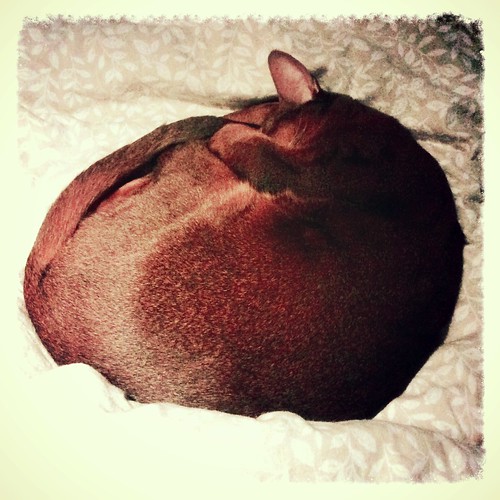 And today, we are recovering. Cat shows are a lot of fun, but they are also a lot of work.