One interesting thing about the World Show last weekend was the presence of a camera crew from Vogue Magazine.

They were there both Saturday and Sunday, and they took a lot of photos. Fifteen of them ended up on Vogue’s website, including…

Abyfriend Pat taking a photo with her iPhone! The photo guys were impressed with her Abyssinian phone case. 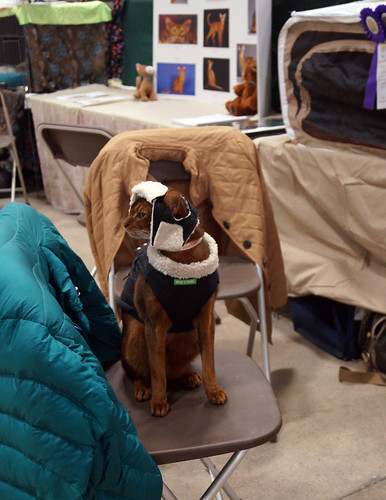 Pat was actually taking a photo of Jacoby at the time…but evidently Jake’s stylish hat and coat weren’t Vogue-worthy.

Pat’s not the only person who made it into Vogue Magazine, though. Check out the background of this photo of Larry Adkison’s kitten final. Yep, that’s me standing back there next to Vasil, whose little red kitten made that final! 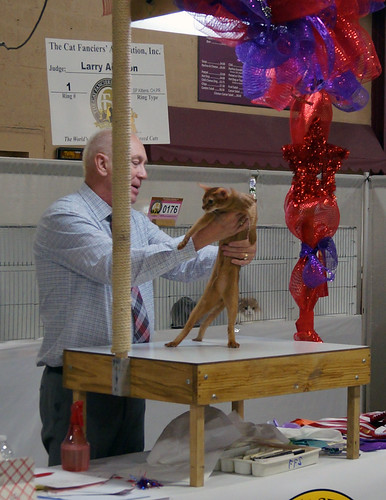 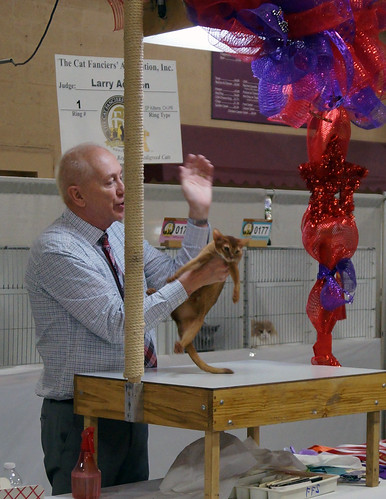 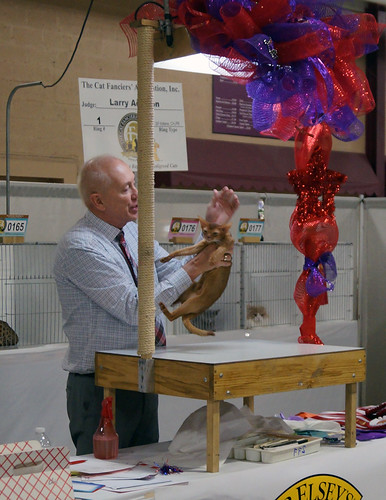 This little girl, Greenville Deja Vu, ended up being the Best Abyssinian Kitten in the Red Show! 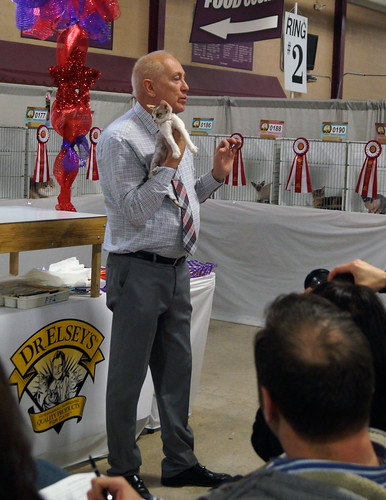 The photo of the final that appeared in Vogue was a little chocolate silver torbie and white Devon Rex kitten, Karmacatz One Hot Mess!, who was just four months old and barely old enough to be in the show at all. She was best kitten in that ring. And it was super adorable watching Larry prance around with her and try to put her in his pocket and take her home with him. 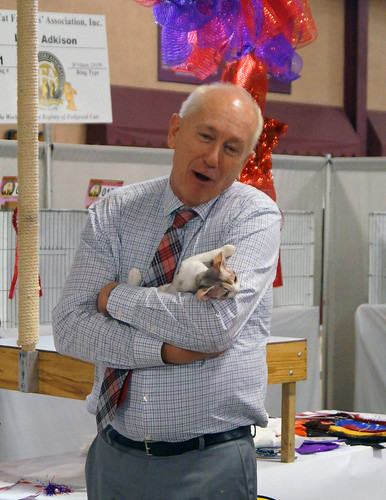 So here’s something you don’t see very often: the other side of a magazine photo.