There were a lot of Somalis at the World Show, especially in the Red Show. 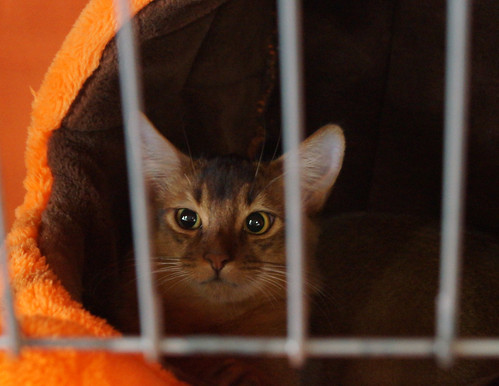 In the Red Show, there were two Somali kittens, three Somalis in Championship, and SIX Somalis in Premiership. 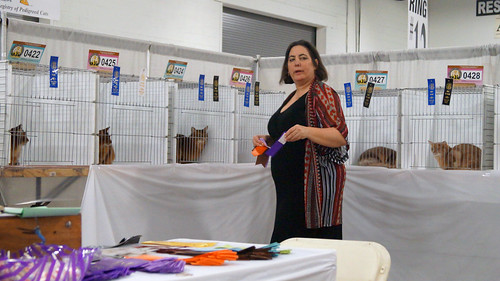 Seven Somalis were actually entered in the Red Show’s Premiership class, but one was absent. I’m not sure which one it was, because I was too busy paying attention to the other end of the shorthair alphabet. 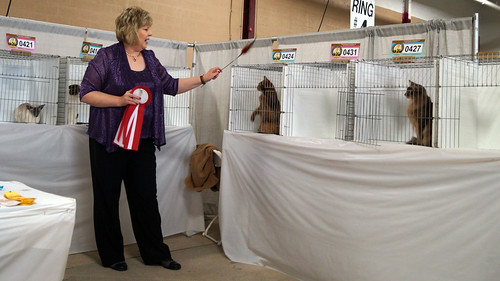 This is GPr Camelotte’s Sir Alexander in Kathy Black’s ring. He was 13th Best Shorthair Cat in Premiership in her ring (Jake was 15th). 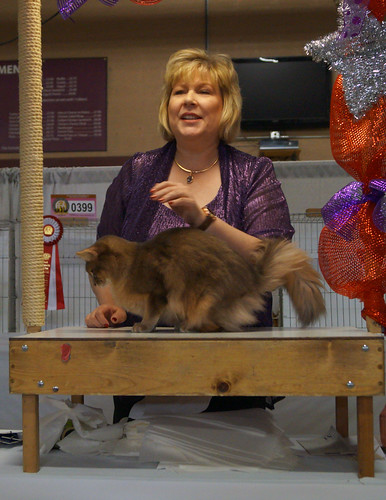 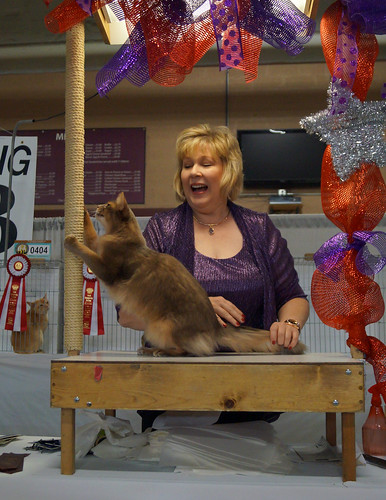 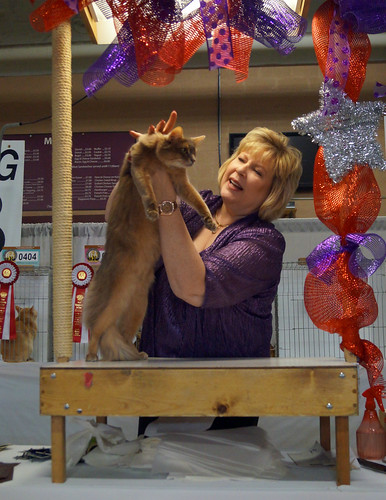 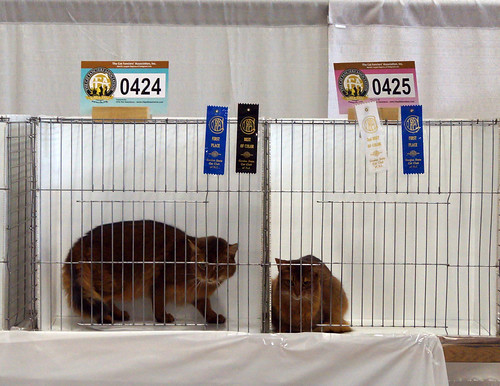 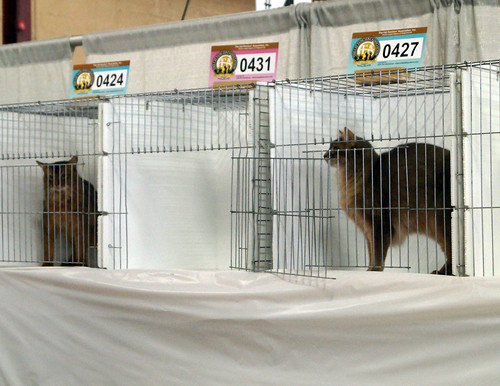 And here’s Sir Alexander and Foolinyourself together in Kathy Black’s final ring. 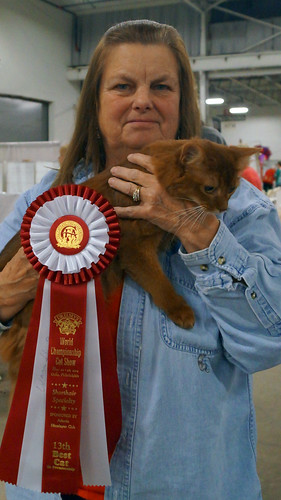 The little red girl in this photo is Premier Camelotte’s Little Red (#426). 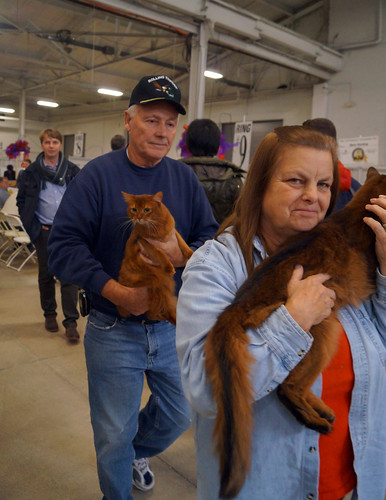 Little Red ended up being the best Somali in Premiership in the Red Show. The Ruddy is our friend Sir Alexander – I got a lot of photos of him, as it turned out! 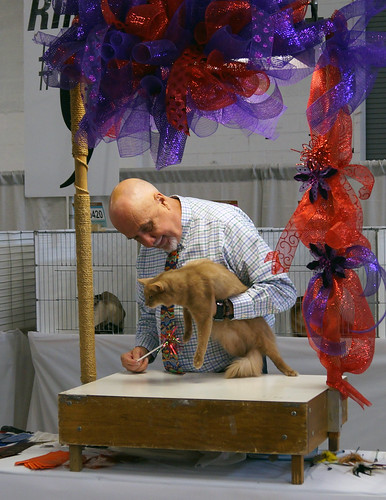 The Premiership class in the Red Show was special in that there was a representative of all four colours in the same class. Here is the fawn, a spay, Premier Sunfox Mademoiselle of Desert Moon with Wain Harding. She is the half-sister of Foolinyourself. 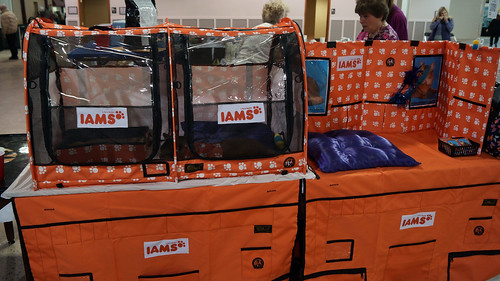 We also saw our friend Pippi (she was entered in the Purple Show, one of only two Somalis – both in Premiership – entered in that show) and GPr Kimbelot’s Toberone, who wasn’t entered in the show but who was attending as a CFA-Iams Ambassador Cat. Toby really deserves a post of his own, so stay tuned for that.

The Somalis entered in the Red Show were:

And the Somalis entered in the Purple Show were:

It was really impressive to see that many Somalis in one place. I mean, usually when we go to shows in the Northeast, there are more Abys than Somalis – if there are any Somalis entered at all. I just wish I’d been able to see more of them over the course of the weekend.

Special note for Summer: Five of the Somalis, one in the Purple and four in the Red, had a parent who was from Tajhara!

You know me, I’m always on the lookout for greeting cards with Abyssinians – or Somalis – on them.

I found this one last week at Target. I think it’s a Somali…but what do you think? The colour on the cat is pretty desaturated, so that makes it harder to tell…