As I mentioned on Sunday, GPr Kimbelot’s Toberone was at the World Show as a CFA-Iams Ambassador Cat. 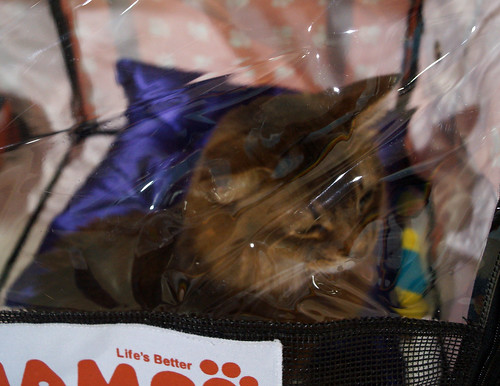 It was nice to see him again! 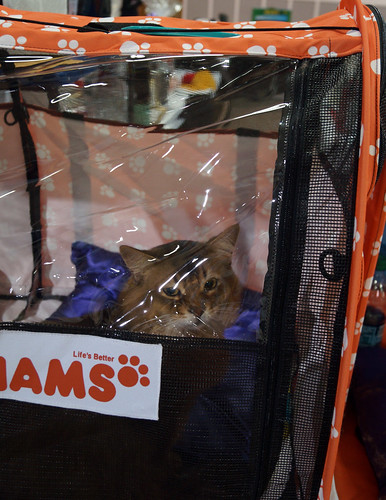 He was very welcoming, even inside his special Iams enclosure. 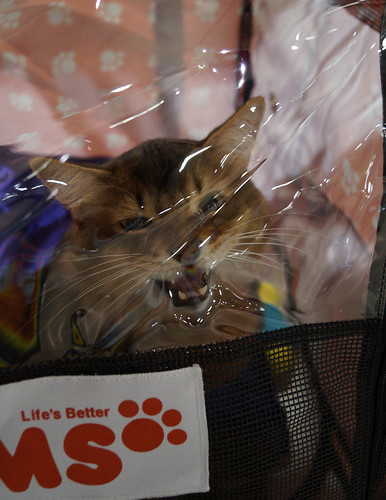 “Open the door so I can do my job! I can’t be a proper ambassador in here!” 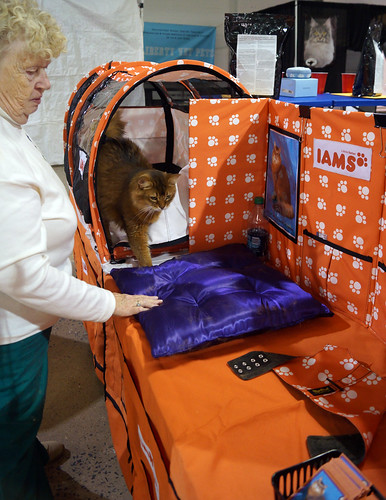 Toby had quite a nice set-up, in a prime location in the vendor’s area just in front of the entrance to the main showhall. 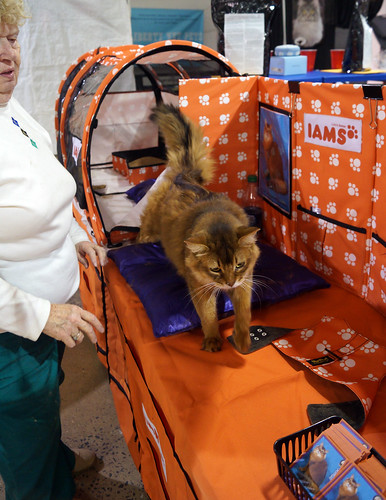 Also,since the cats were benched alphabetically by breed, he also happened to be fairly close to the other Somalis who were entered in the show. 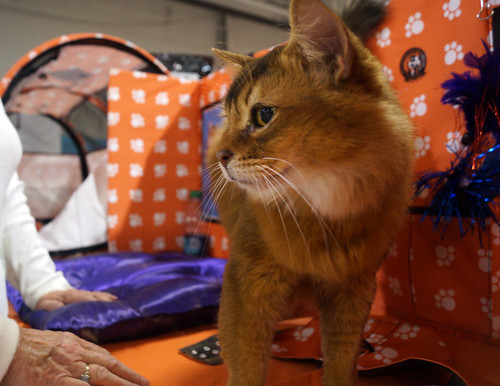 Toby reminds me of a longhaired Jacoby. He’s about seven years old now, if I remember correctly. 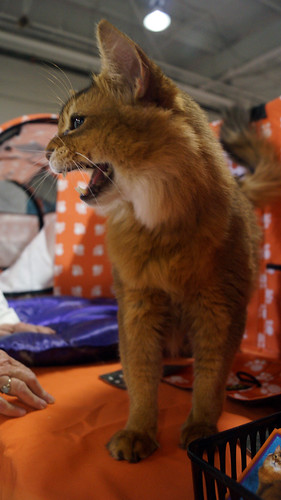 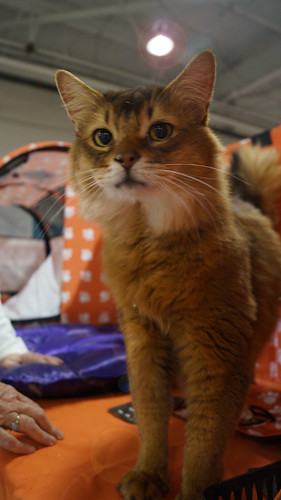 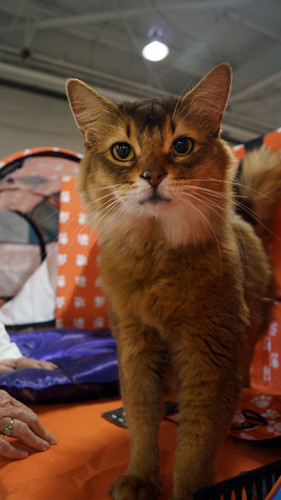 He poses for the camera like Jake does too. 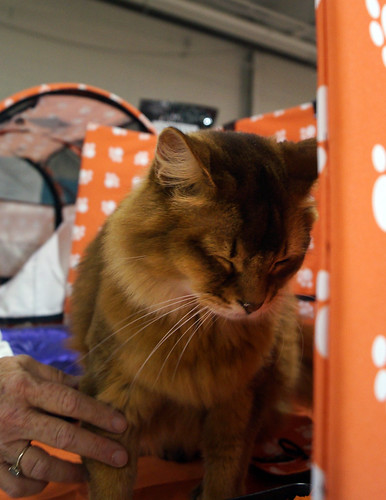 He is such a sweet cat. 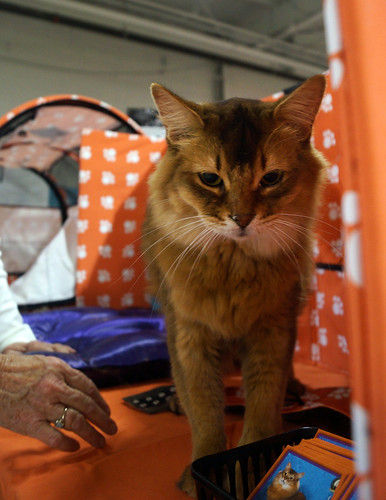 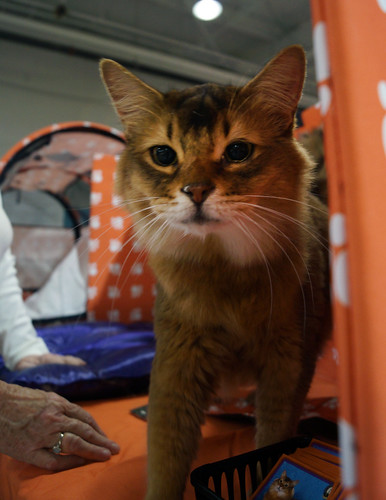 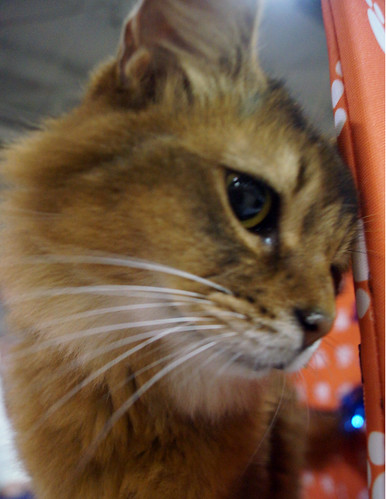 He even tried to headbutt my camera lens the way Jake likes to! 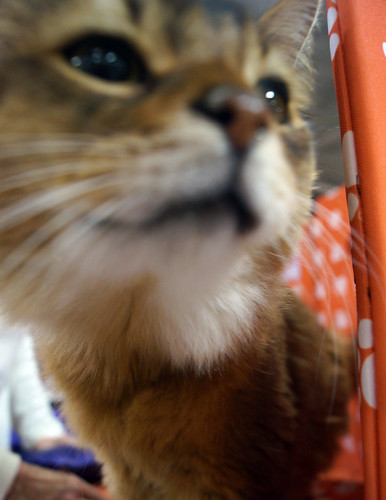 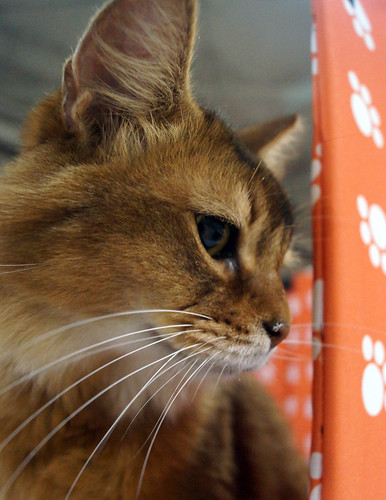 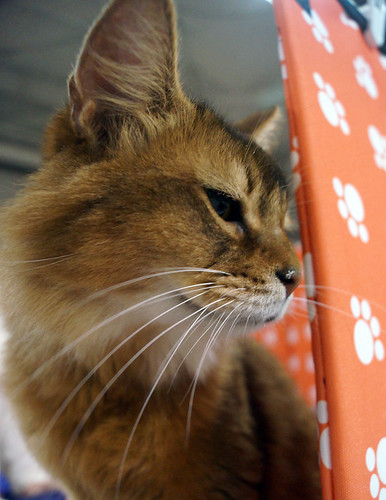 The funny thing is, I was so busy taking Toby’s photos that I think I forgot to pet him…and he is a “Pet-Me” cat! 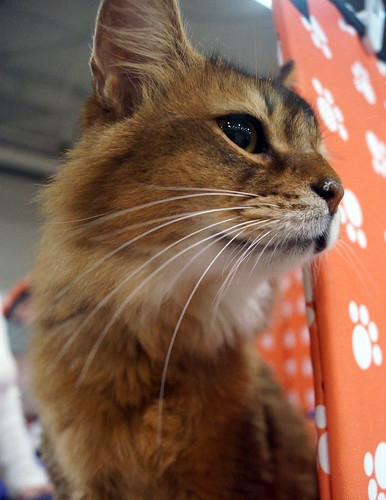 I think he was a little disappointed. Sorry, Toby – next time, I’ll remember to pet you! 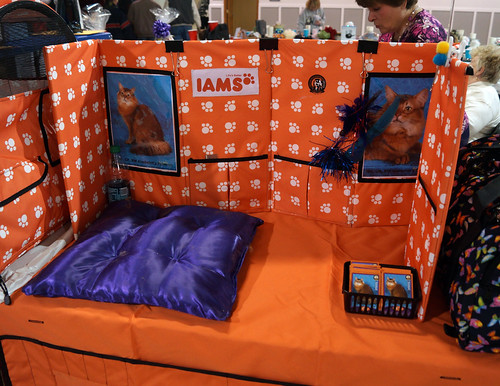 Here’s Toby’s display area – he even has his own trading cards!

Here’s the front of his card – it’s the same photo he has hanging on the back wall of his display.

And here’s the back, with some general information about Somalis. If only I was able to commit to going to 24 shows in a year, I would love to do this with Jake. He is a Pet-Me Cat Ambassador, but that gets hectic when you’re also entered in the show. Maybe someday.