What is Christmastime for but to dress your kitties up in holiday finery? 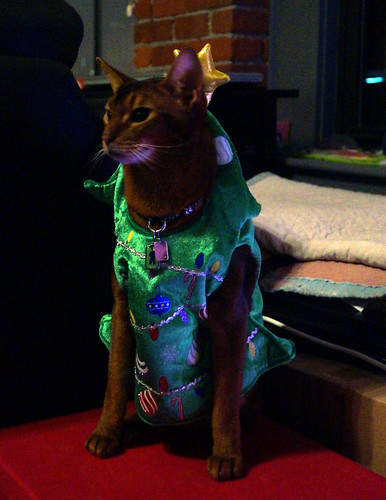 I started out with Jacoby’s Christmas Tree outfit. 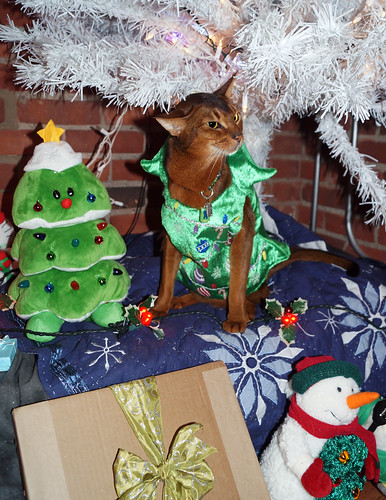 He hasn’t actually worn this since I got it from Build-a-Bear in 2010. So, you know. It was time. 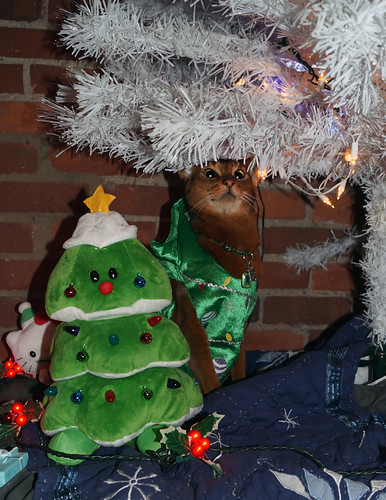 Of course I had him pose under the tree…next to a tree…where else would you have had him pose? 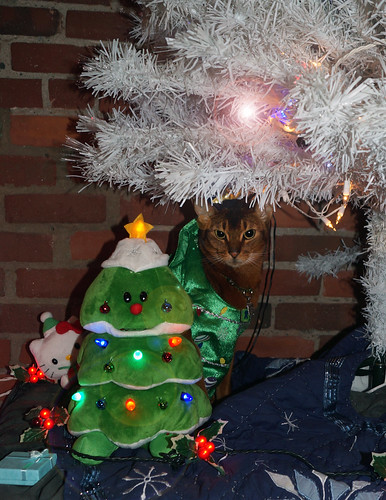 Jake is such a good sport. He doesn’t really like the tree outfit – it’s a bit stiff and constraining – but he modelled it like a champ. 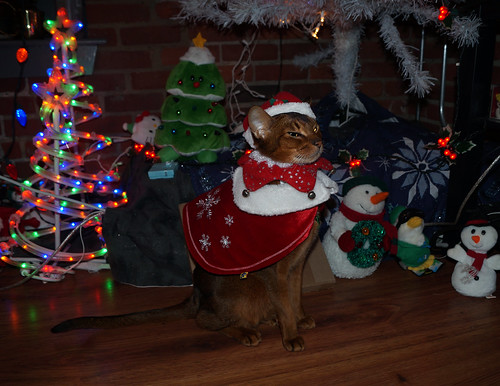 Next up, the Santa hat with Christmas cape and jingle bell ruff. 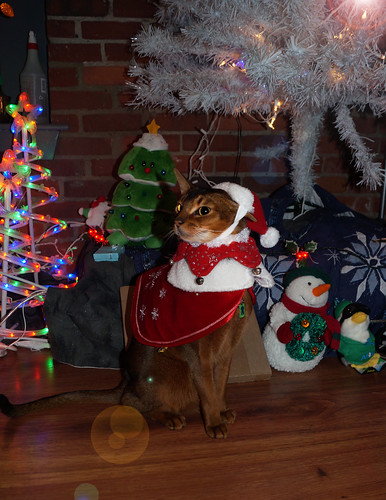 The hat could fit him better. 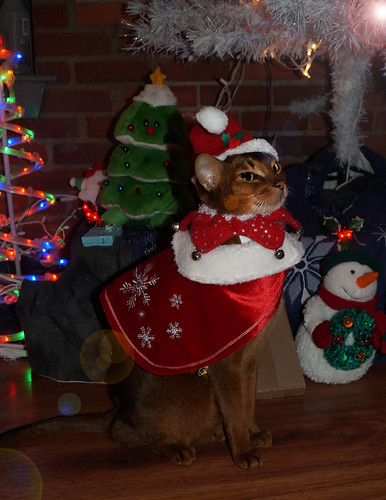 He likes this outfit a lot better. It seems a lot more comfortable. 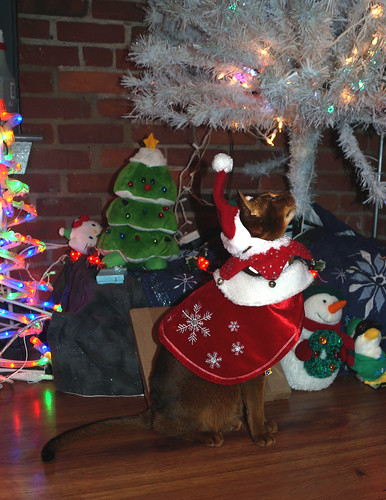 Except for the hat. 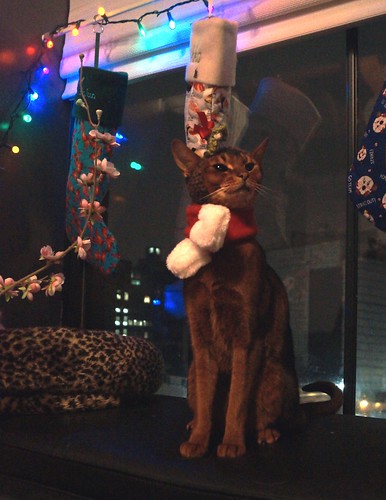 Finally, the old crowd favourite, the Mistletoe Hat, paired with the Santa scarf. 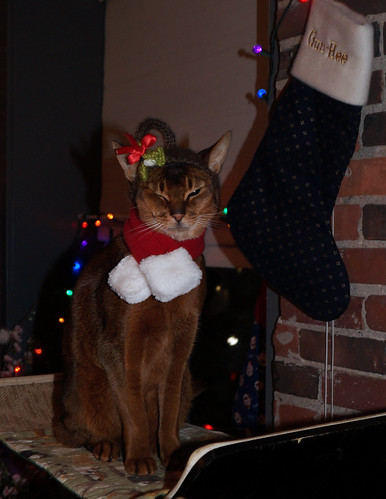 Jake really doesn’t mind the mistletoe hat. I think he could wear it all day long. 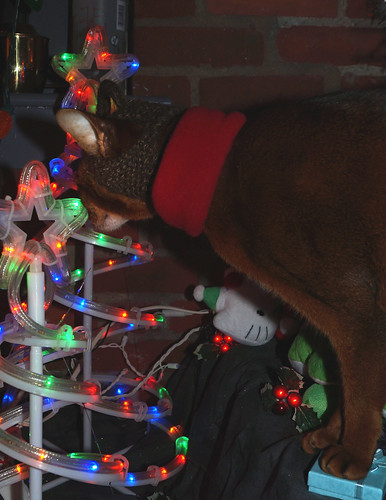 The scarf was a bit thick for his neck. Which is actually ironic since it’s one of the few items of clothing that was actually made specifically for cats. 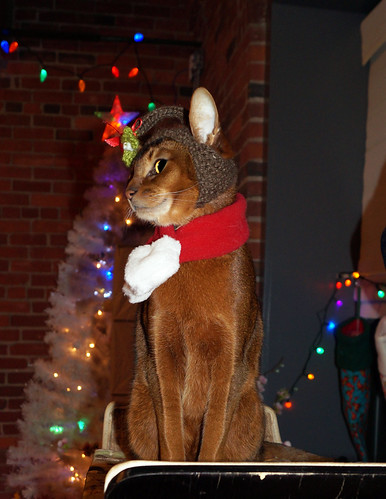 Usual disclaimers: Jake was purring the entire time we were taking photos, and he was amply compensated for his efforts. 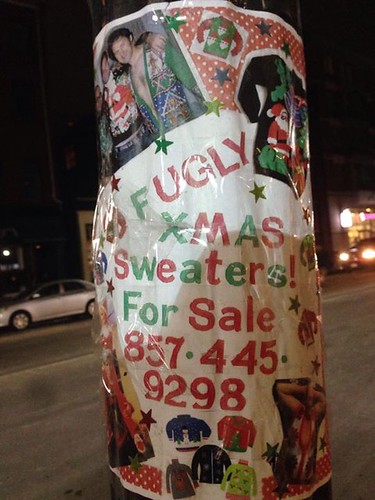 I did try to get Jake a fugly Xmas sweater…but they didn’t have any in his size. Maybe next year.

Please note that there are two Abyssinians included in the poster…because Aby kittens are so cute, one just isn’t enough!