I know I post this nearly every year, but I love these photos so much I have to share them again. 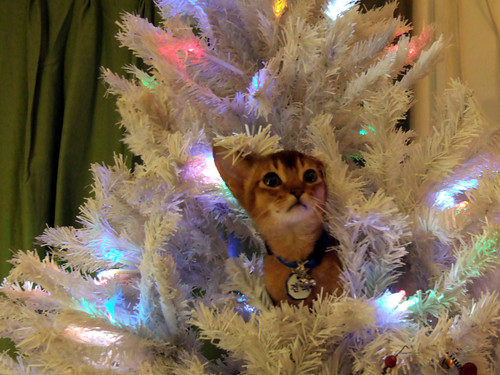 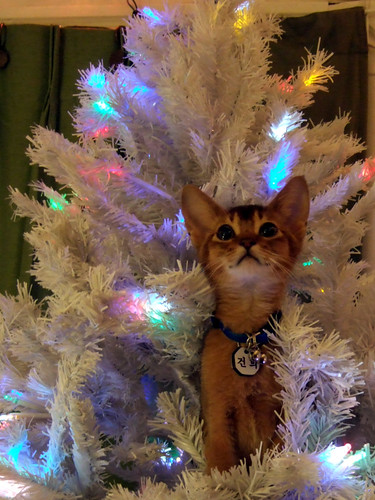 We got Gun-Hee on December 15, 2006, so I always called him my Christmas kitten. 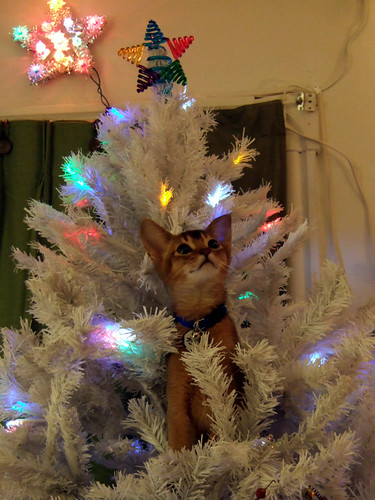 This was Christmas night, after all the presents were opened, and my future husband and I were in the kitchen cleaning up after dinner when we heard a sound from the front room of my old apartment. 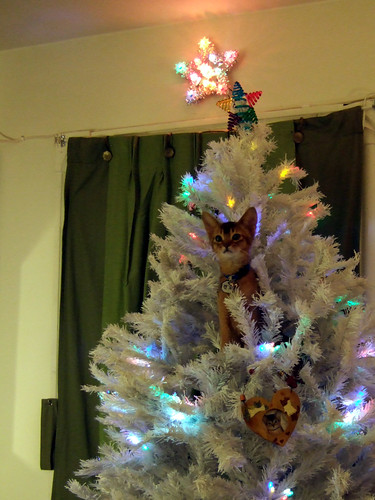 And there he was, Gun-Hee. Up the tree. 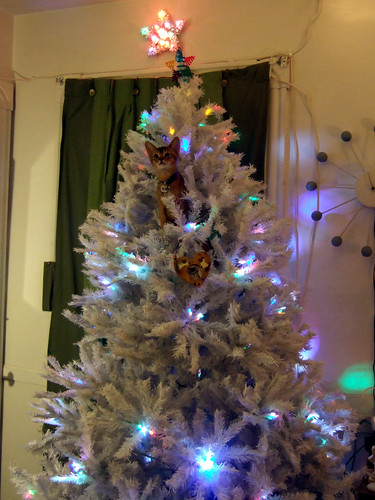 We extricated him from the faux branches and put him back down on the floor, but as soon as we let him go he scrambled right back up into the tree like he had magnets in his feet. 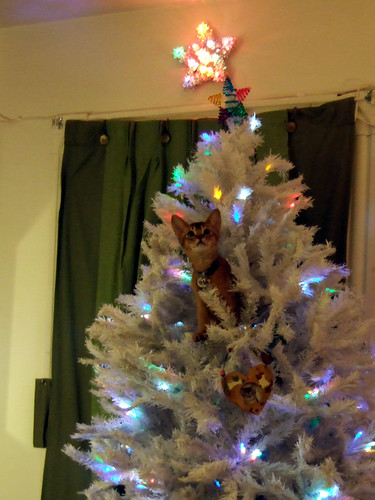 This went on for a while. I was afraid he was going to break the tree – the wiring between sections was already kind of iffy. 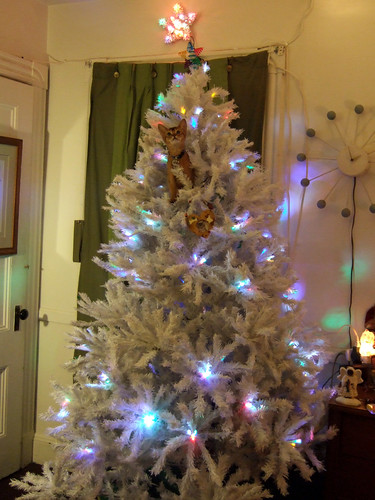 As it turned out, this old tree only had one more year left in it. Had we known that then, we probably would have let Gun-Hee play in the tree more. 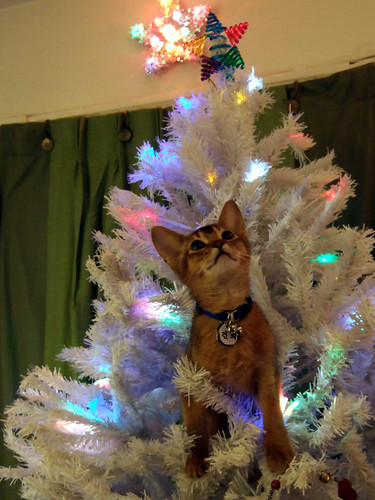 When he was up in the tree he just looked so serious. 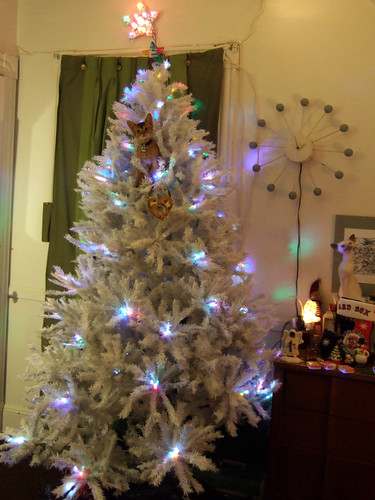 It was like climbing the tree was his job, and he was a very diligent worker. 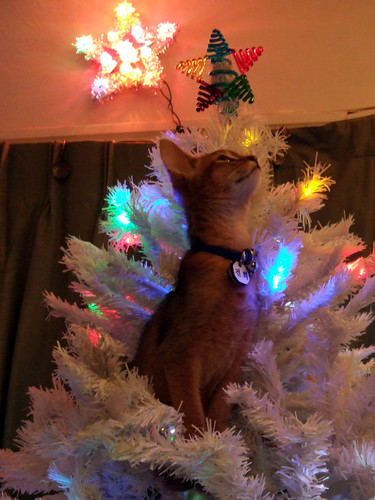 He was such a little kitten compared to Jacoby. It’s probably a good thing that we got Jake in the summer, and by Christmas he was 8 months old and too big to really consider climbing the tree. Jake just played underneath it. A lot. 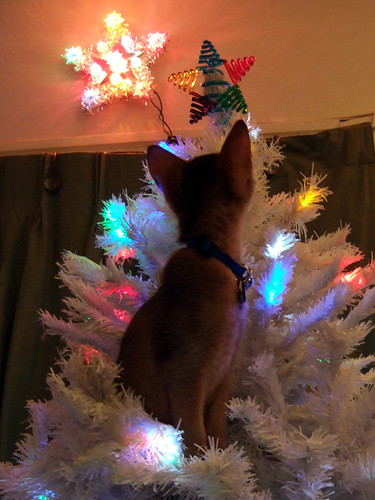 Yes, Gun-Hee is looking at the curtain rod to see if he can get any higher.