As I explained on Thursday, Abyfriend Sanna-Leena sent us an incredible box from Finland, filled with goodies for both felines and humans. 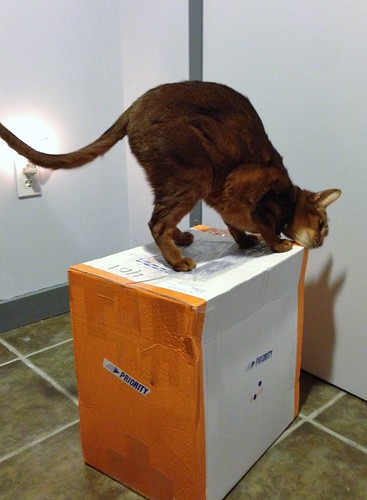 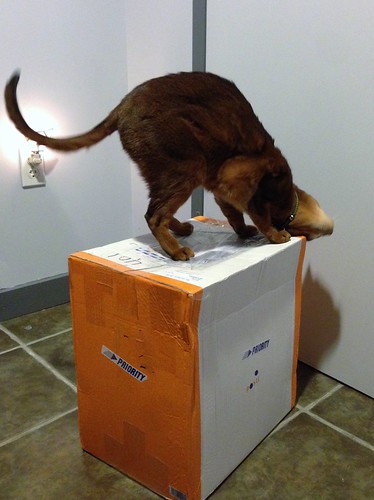 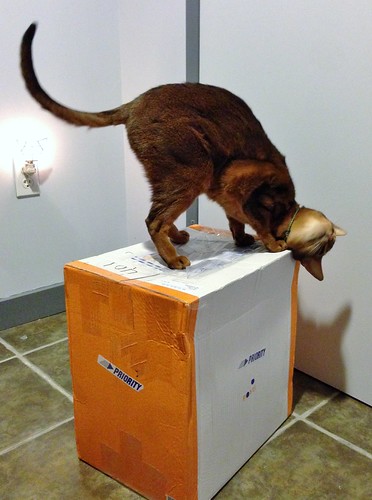 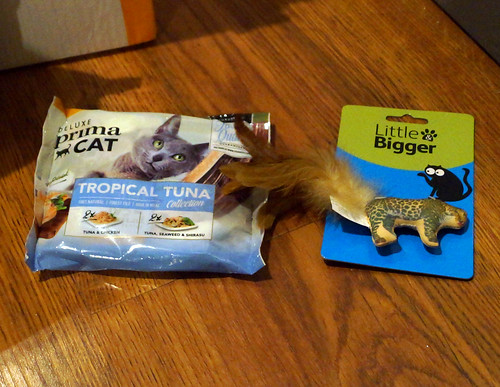 There was so much in the box that I had to break it into two posts. I’ve shown you the fabulous leather goods, including new harnesses for Tessie and Jacoby; now take a look at all the great kitty treats and toys that Sanna and Jake and Angel’s cousins Sketsi, Kossi and Kiipi sent! 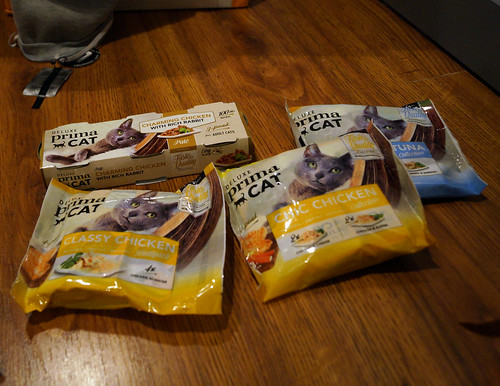 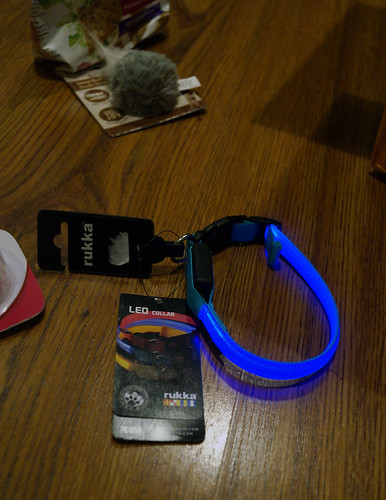 I want to rig this collar (in Suomi blue) on Jake’s stroller somehow. Or perhaps in the Sturdi-Shelter he eats in…maybe a little mood lighting for his meals? 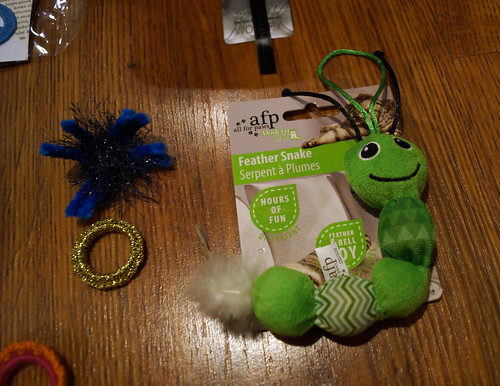 Naturally, there were plenty of toys for the cats. Hours of fun! 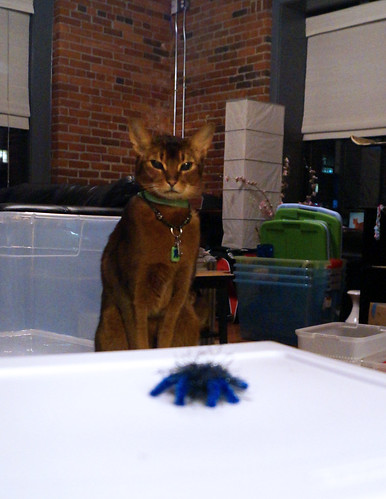 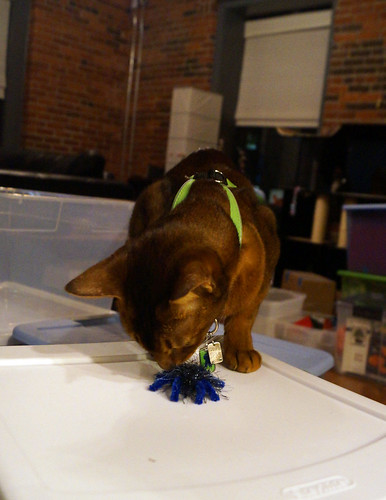 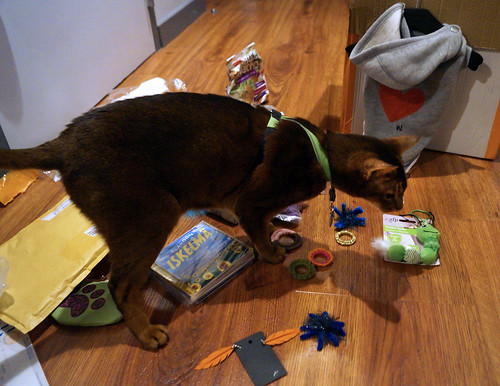 Well, he liked everything! 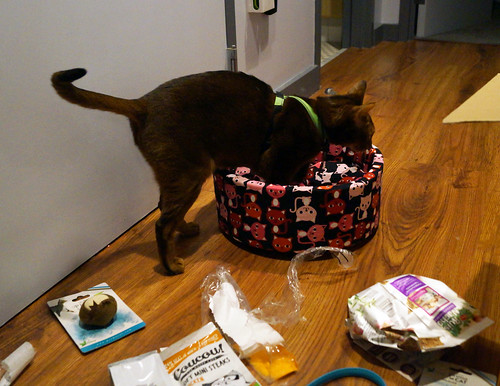 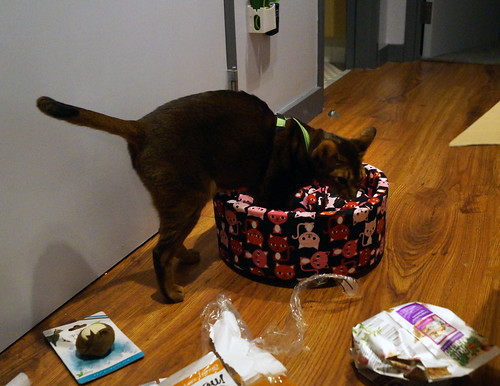 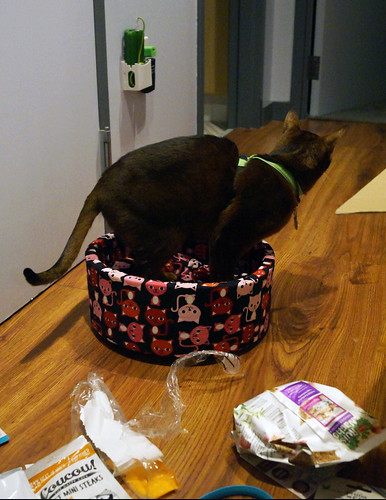 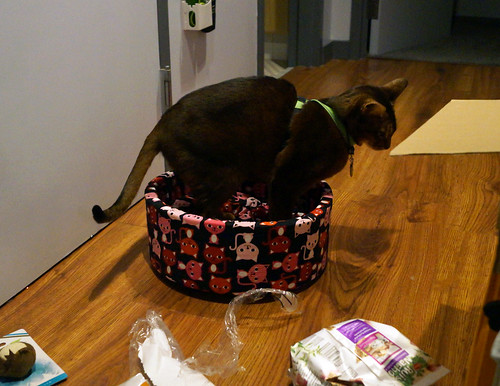 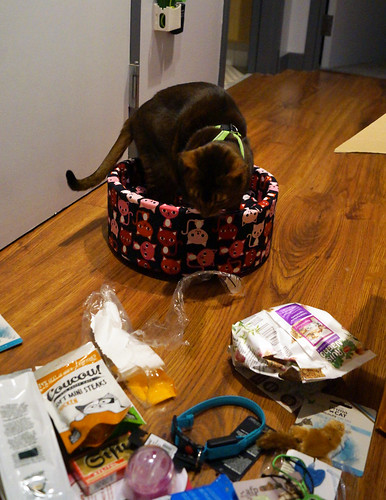 That was it, as far as he was concerned. He walked right over to it and made himself comfortable. 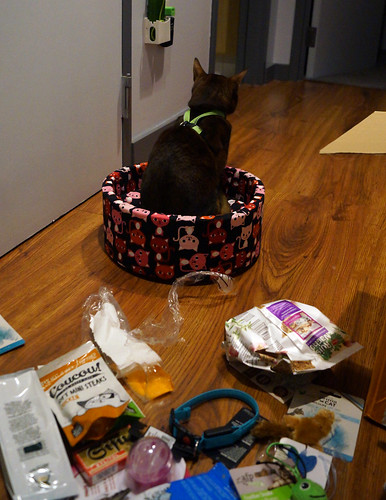 And he wouldn’t get out. 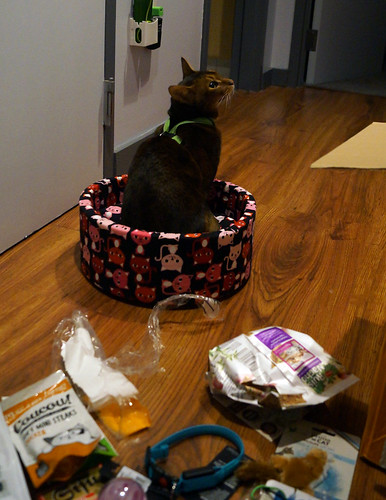 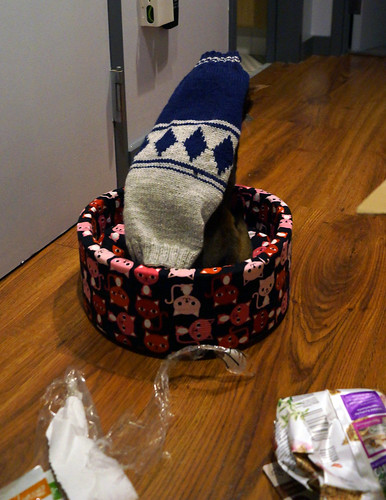 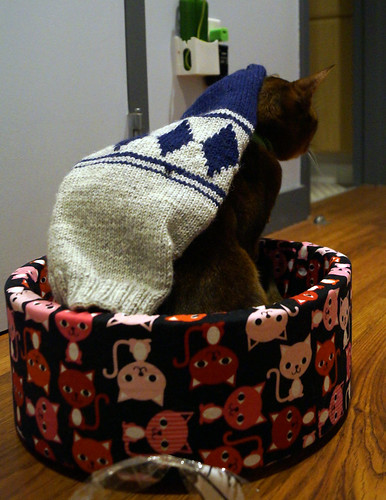 Not even when I put his new wool anttipaita sweater on him. 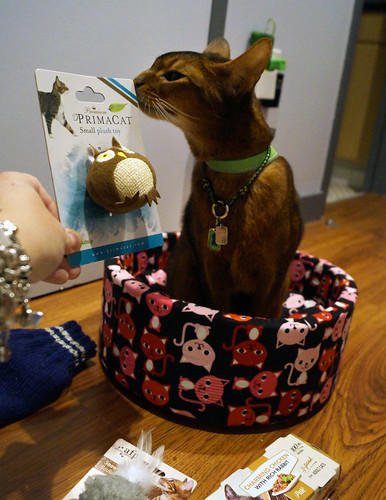 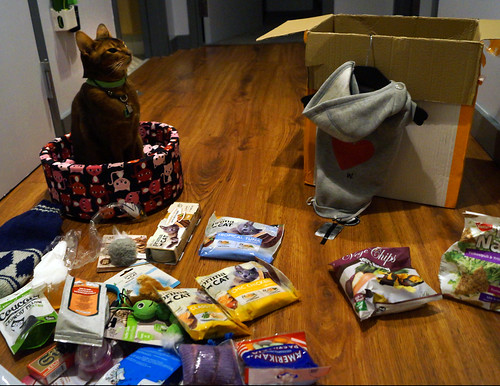 Not for anything. And, as a matter of fact, since it arrived, I have found Jake in that bed every single day.

Sanna thought it would be for Kylie and Tessie because of the colours and the cute print. Sorry, girls…Jake has decided that it is his. And he won’t share it, even though Sanna has proven that the bed will hold two cats.

This was last Sunday. Apparently, it’s even better than the cable box! 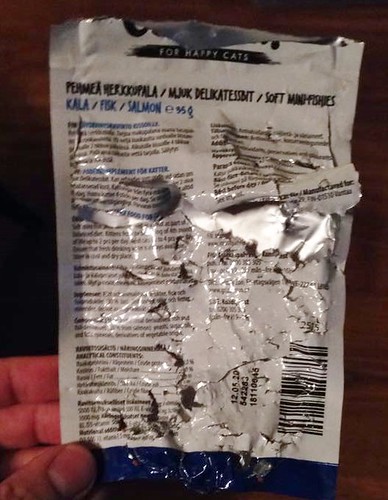 The Coucou treats were popular, as always – especially the Soft Salmon Fishies. In fact…look what I found about an hour after I’d put away the box to fix dinner. This packet is completely chewed through…and entirely empty! I thought I’d closed up the box, but they managed to wrest open the flaps and get to the treats. Some kitties did not have big appetites that evening…You know how foreign chocolate is so much better than American chocolate? I wonder if it’s the same with cat treats? 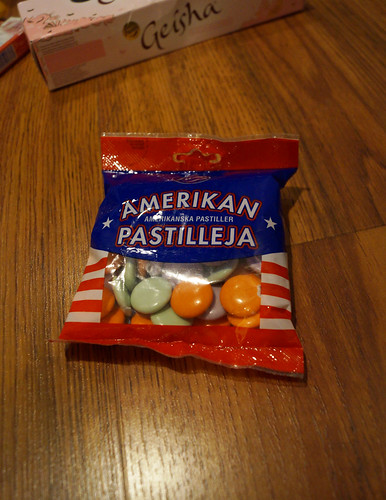 Speaking of which…I found this packaging ironically hilarious. These are basically large M&Ms made of good chocolate. 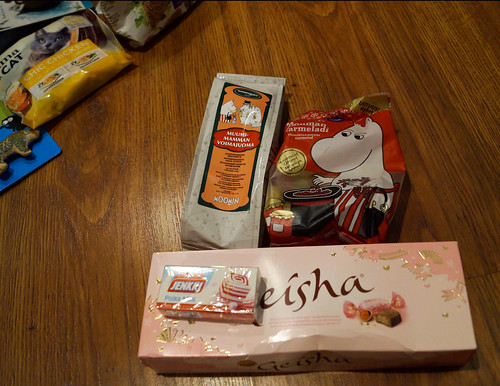 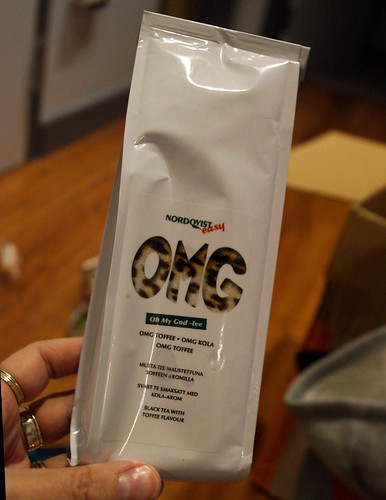 The kitties weren’t the only ones who got treats. I got some, too, including my favourite Ruis-Nachos! 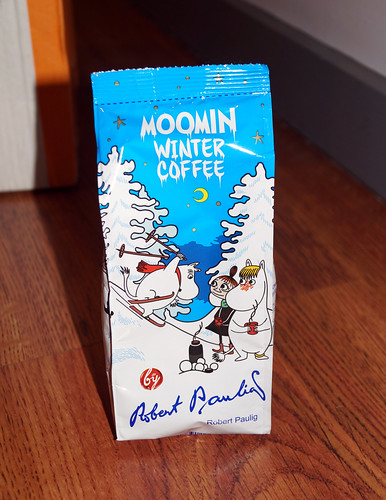 I have two Moomin mugs that my friend Bjorn sent me from Sweden. Now I have the perfect thing to put in them, too! 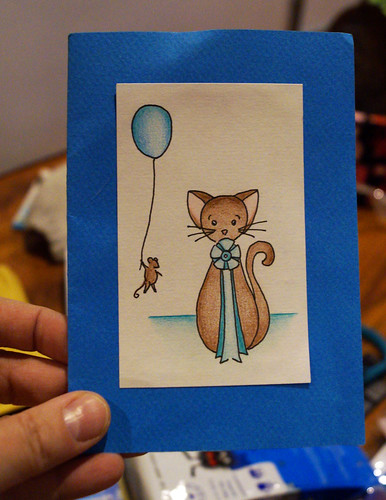 Finally, look at this adorable hand-drawn card. I think it looks like the Abys on Sanna’s tattoo. 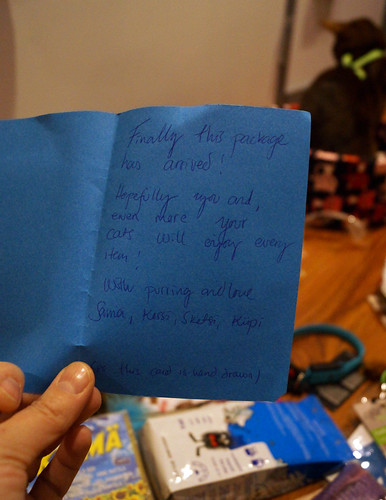 Thank you SO MUCH, Sanna, Sketsi, Kossi and Kiipi! I think this definitely needs to become a tradition!