Yeah, you read that title correctly. Apparently today is “Walking the Dog Day.” Well, screw that. 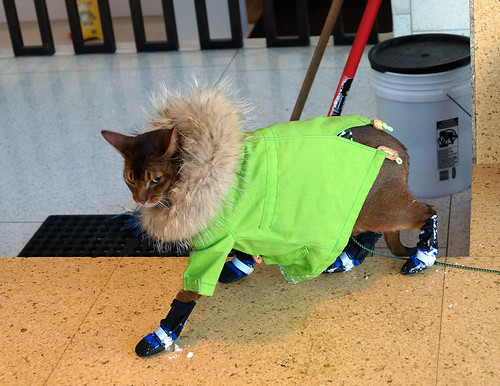 According to Jacoby, Angel and Summer the Somali, today is “Walking the CAT Day!” 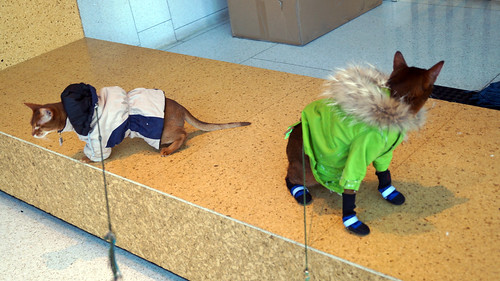 On Monday I took Jake and Angel out in the snow for a little winter experience. 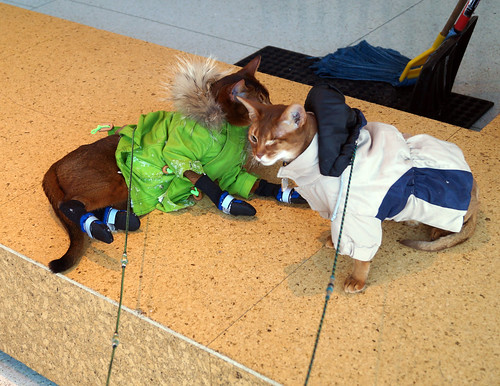 This was Angel’s first time in snow. 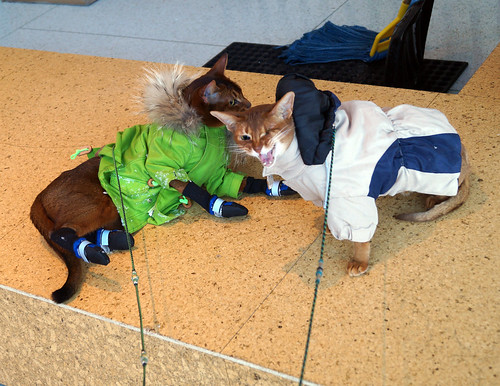 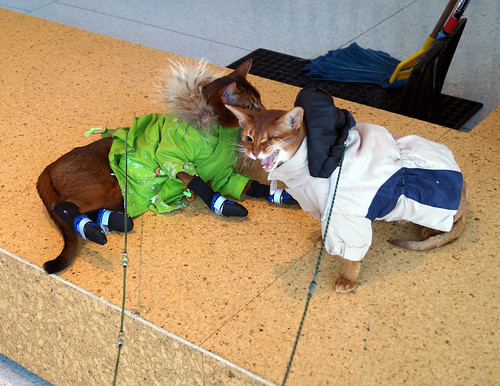 I had some boots for her, but considering the struggle I had to put her coat on, I didn’t try to put them on her feet. 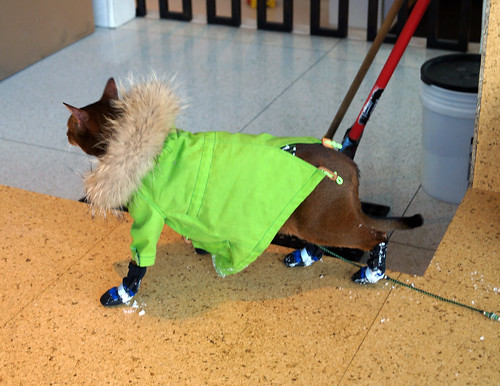 Jake wore his boots but he didn’t like them. 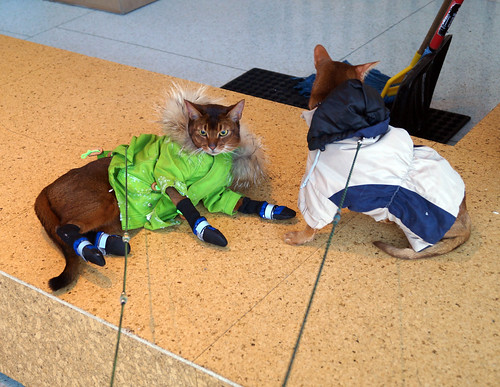 Well, he liked them in that his feet were warm and dry, but he doesn’t like things on his feet, especially the one back foot that was injured in the escalator incident. 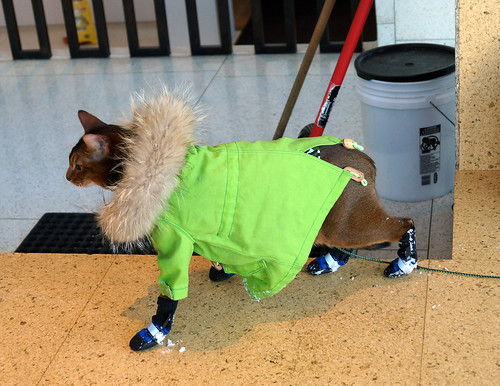 These photos are actually from after we went out in the snow. I’ll post the other photos of our outing later this week.