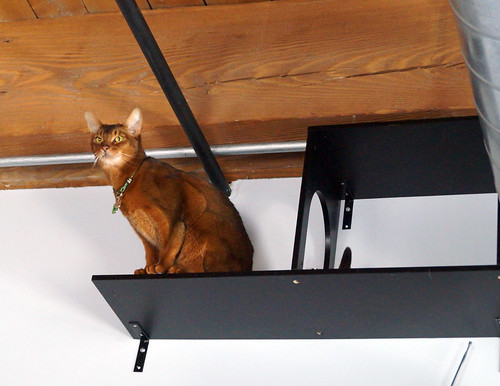 We have open-beam ceilings in our apartment. They are part of the original building which was built in 1906. The wall-climbers we’ve installed in the living room let the cats get right up next to the ceiling. 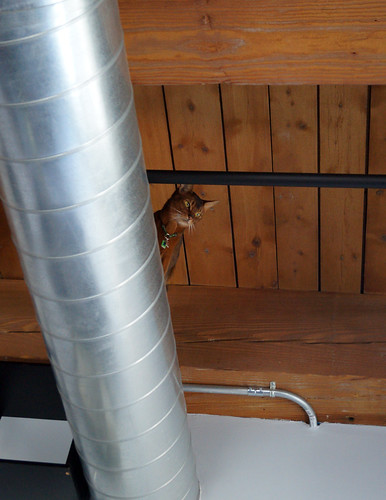 Apparently, this is not good enough for our Jacoby. 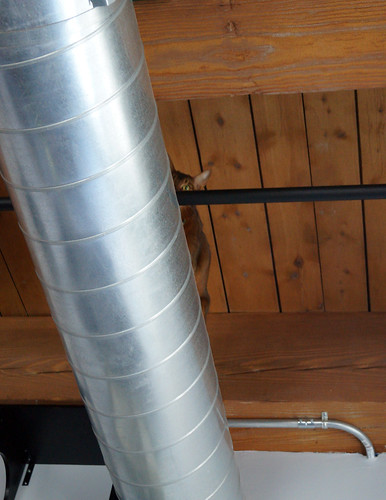 He’s starting to regularly walk on the heating duct. I have some sisal pads that we need to install up there to give him something to grip. 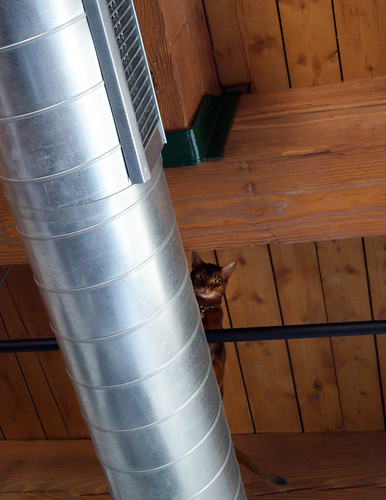 The problem is that now the duct doesn’t seem to be enough for Jake, either. 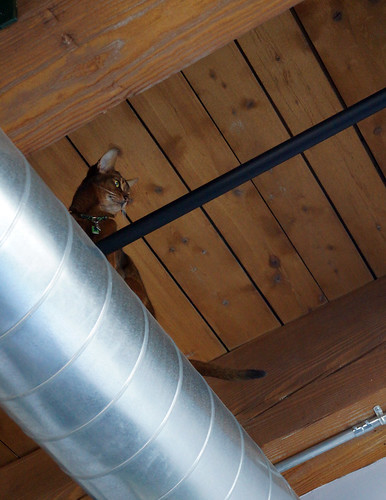 Now he’s got his eye on the sprinkler pipe! 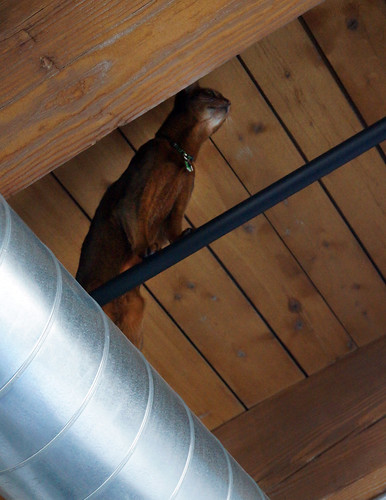 And I mean, he’s really trying to walk on that pipe! 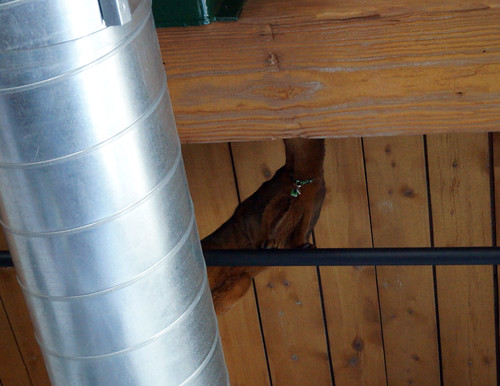 I really don’t know what to do about this. When I see him doing it, I tell him NO, and I try to get him down with the promise of treats. 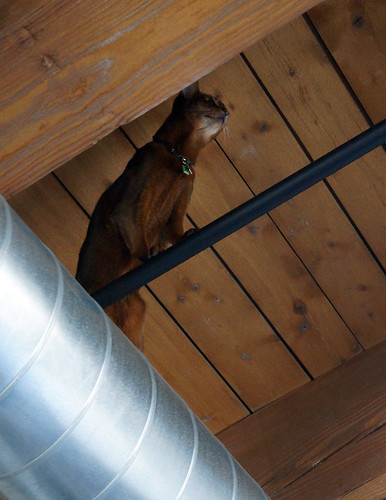 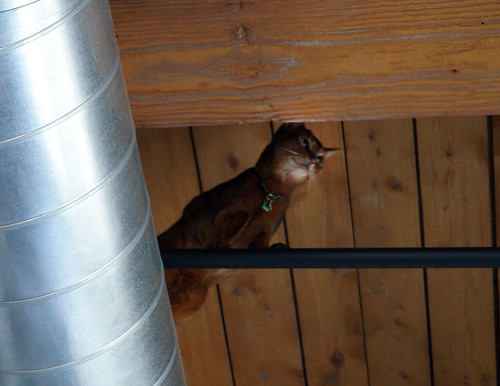 I just wonder if he’s trying this when I’m NOT home. You know he probably is. 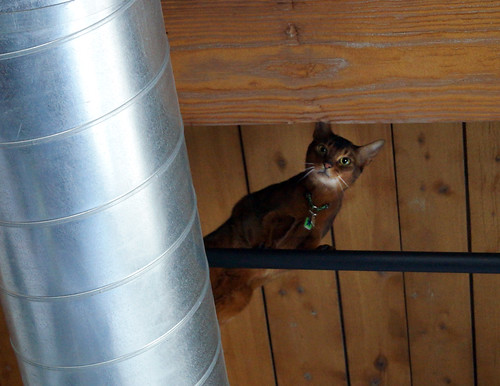 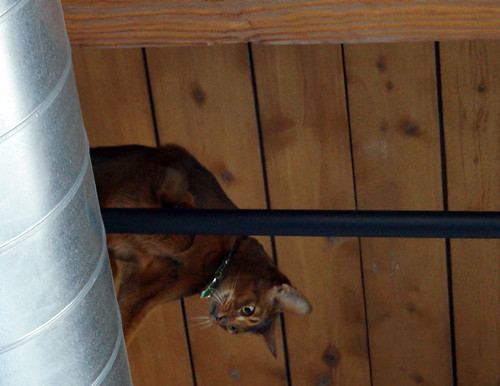 The thing is, I have no idea why Jake wants to walk on the sprinkler pipe. There’s nothing over there for him to sit on or do. He can’t even really look out the window from up there. I think he just wants to see if he can do it. Typical male.