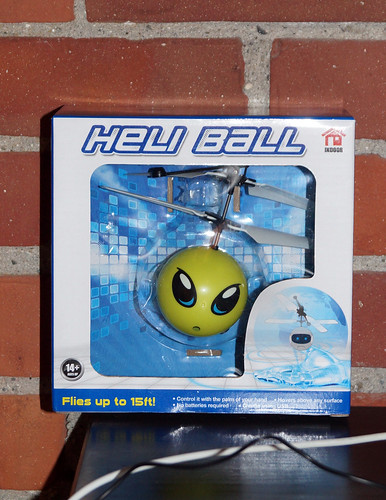 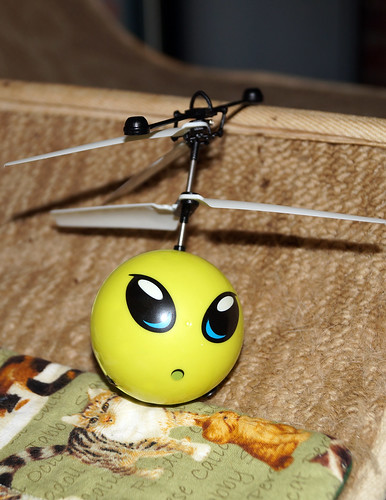 My husband brought home a HeliBall from Five Below the other day. 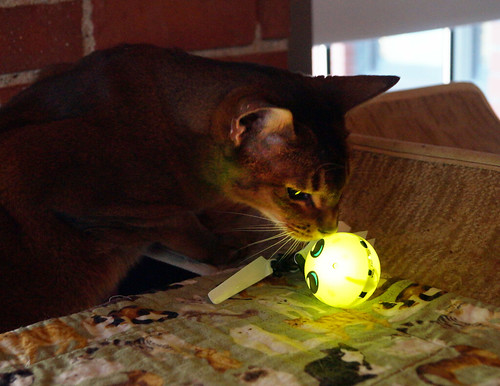 So of course I had to show it to the Abys. 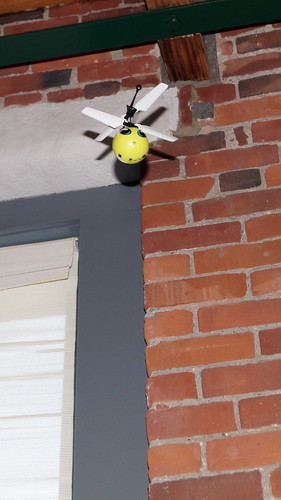 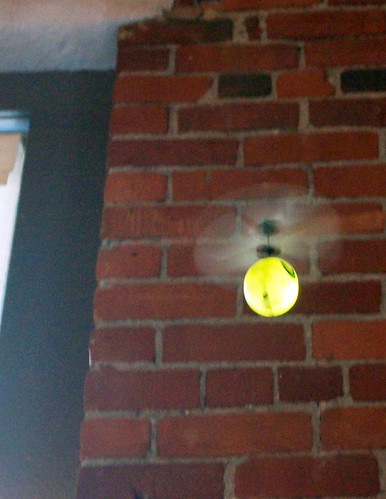 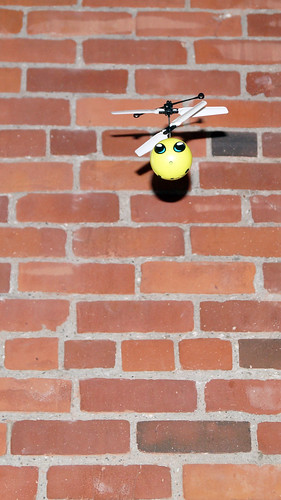 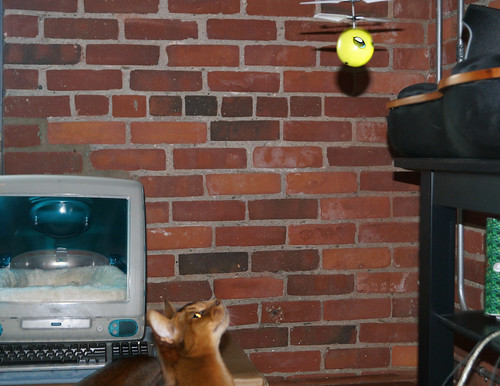 It’s a pretty simple helicopter toy. It’s not even a remote control helicopter – you turn it on, it goes up and down until it crashes into something and then you turn it off and back on again and do it again. Still, Jacoby was pretty interested in it. 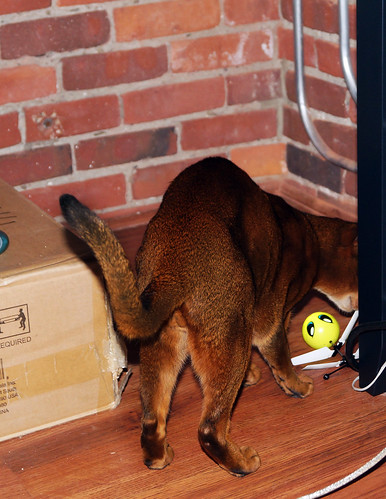 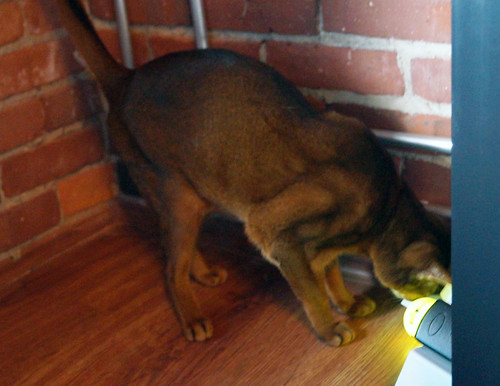 Especially when it crash-landed. 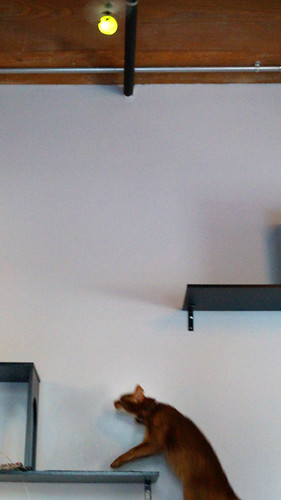 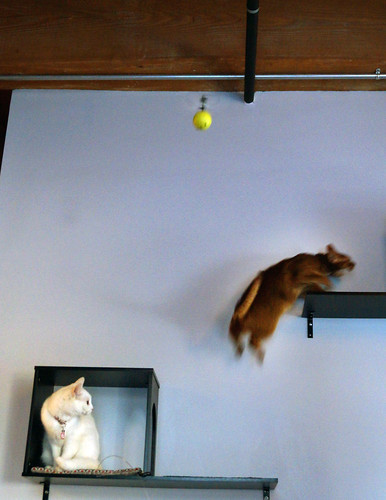 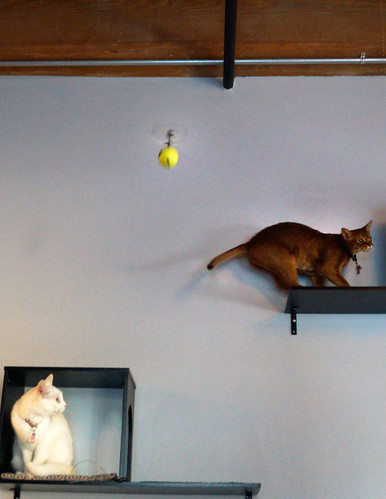 Angel wanted to get a closer look at it, so she quickly hopped up the wallclimbers. 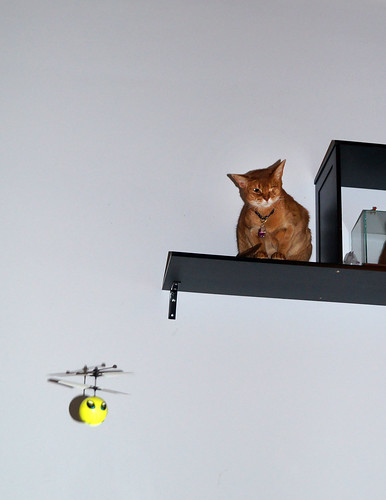 From up there, she could get an eye-level view of the HeliBall. 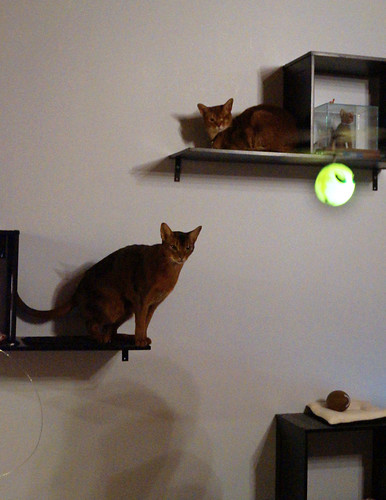 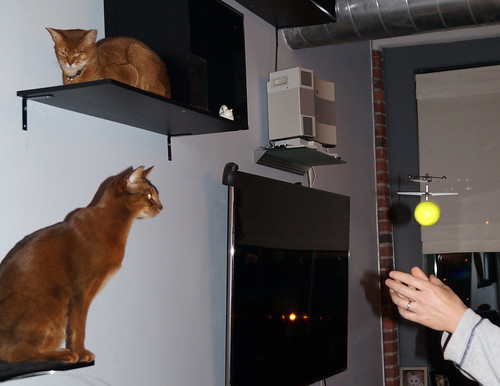 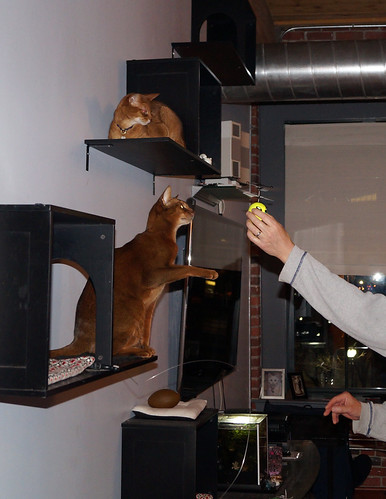 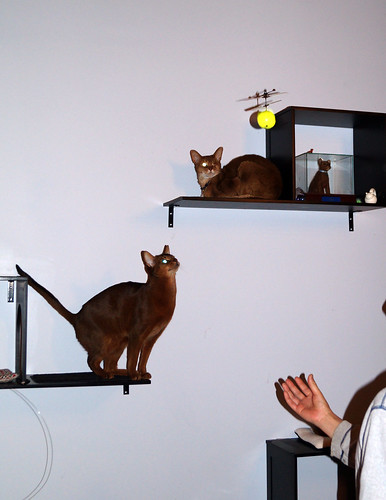 The HeliBall is slightly controllable with your hands. It reacts to things beneath it and goes up when it senses a surface, like the floor or the palm of your hand. The Jake and Angel were fascinated by the flying ball. 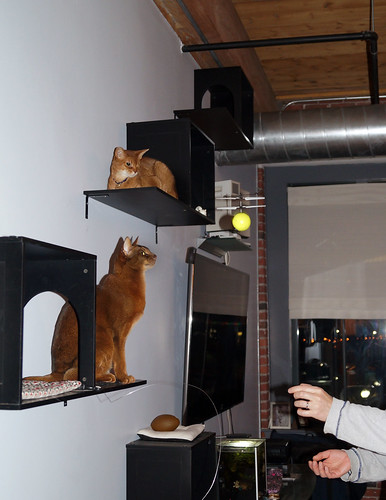 However, before you run out and get one of these for yourself, I have to warn you, it’s not the safest toy on the planet. The box says “Ages 14+, so it’s not a kid’s toy. It also has no side-to-side control, just up and down. And if it hits you in the face…it hurts! Somehow, while I was taking photos of it, it managed to get between my camera and my face (I guess I thought the camera would protect me?), and the propellers hit me in the upper lip. It didn’t leave a mark or cut me, but damn, it stung. It also hit Jake in the side which startled him. And that was with two adults playing with it. If you do get one, just be careful with it. And wear glasses! Seriously, this thing could put an eye out.