Yesterday was the 10th anniversary of Tessie flying from Portland, OR to Boston to come live with us. 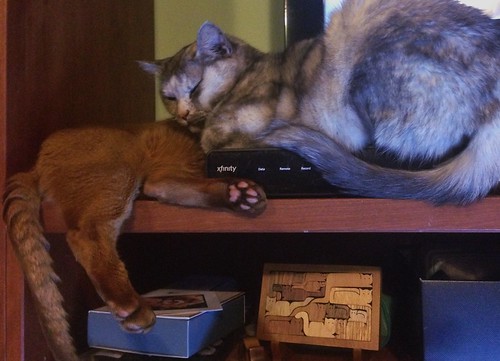 She still doesn’t like Angel…but lately they’ve been tolerating each other pretty well. 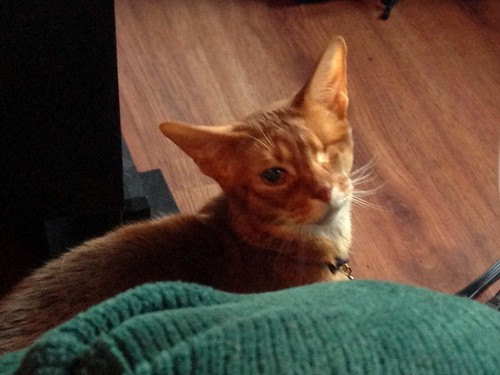 Angel still doesn’t really trust her, though. But in an odd way, Tessie is probably her closest friend. At least, I see her in proximity to Tessie a lot more than I see her with Jacoby or Kylie. 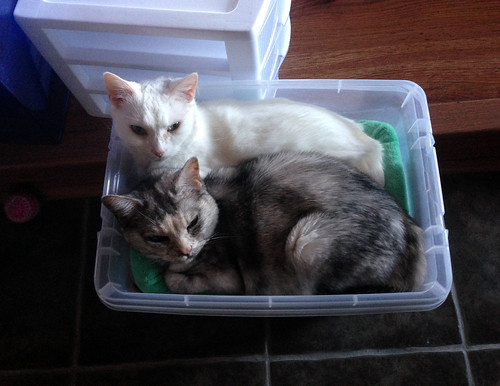 Kylie and Tessie are probably the closest of the lot. 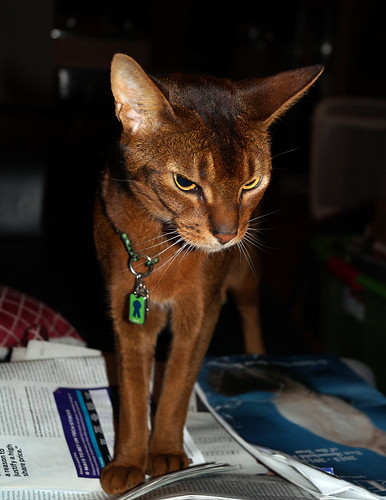 Jake likes all the girls, but he gravitates towards humans (me, specifically). The girls like to be around Jake when he’s sleepy…when he’s in a playful mood, not so much. 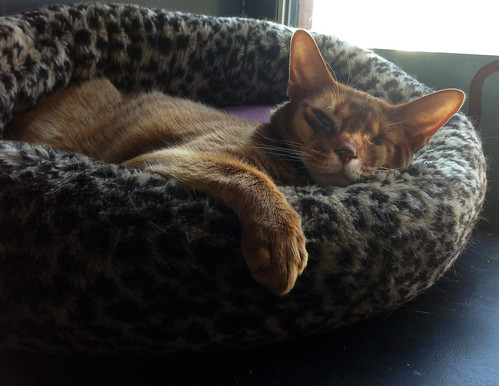 Angel tends to be a loner, although she likes other cats and wants to be friends, she’s somewhat socially inept.