Okay, Coco isn’t an Aby…but she is a fashion icon! 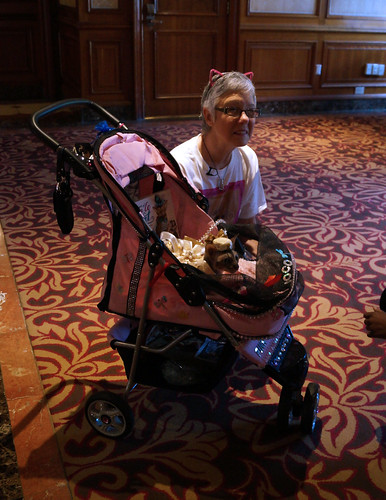 At BlogPaws, I had the pleasure of meeting Coco the Couture Cat and her human! 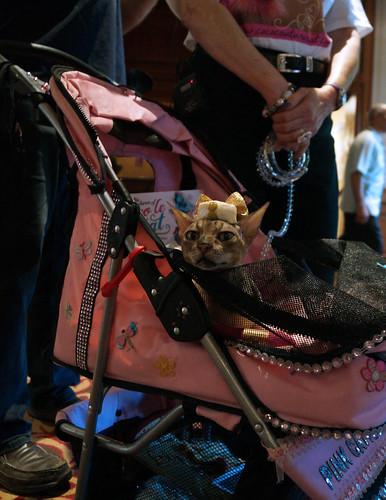 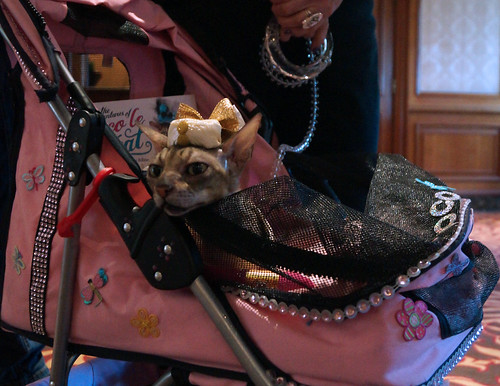 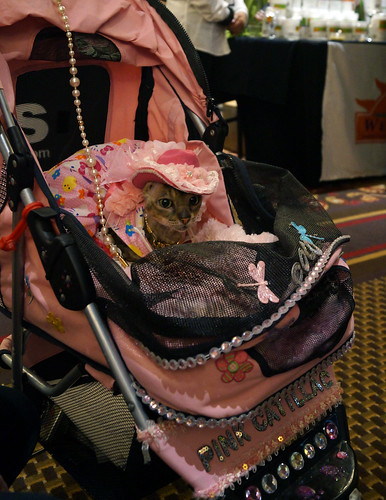 Coco had several wardrobe changes throughout the day. This is her pink Hello Kitty Rockabilly dress. 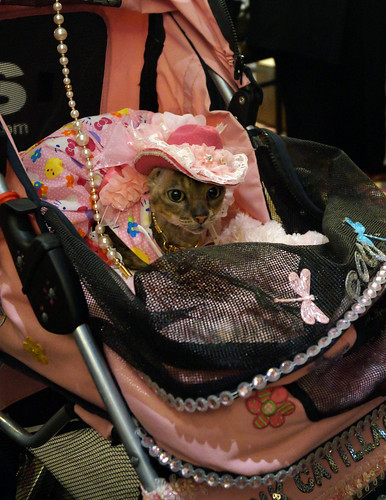 Coco is a torbie Cornish Rex. I’ve petted Devon and Selkirk Rexes, but I’ve never got to pet a Cornish Rex before. 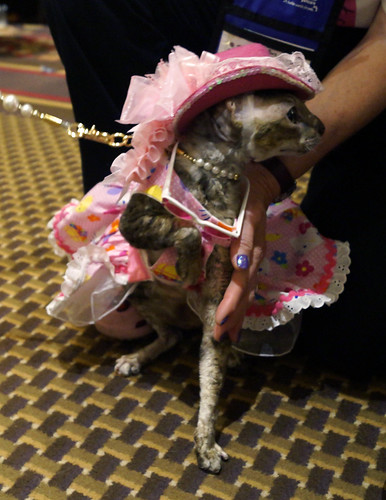 Coco’s human took her out of her stroller to show off her dress, but she jumped right back into her stroller the first chance she got. 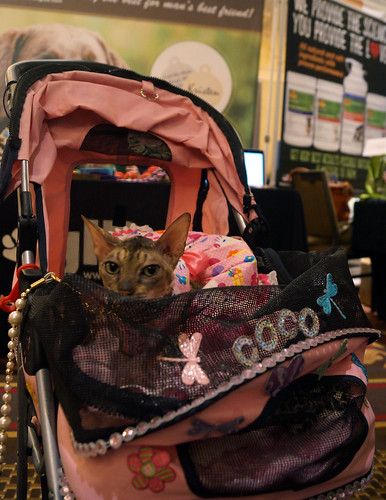 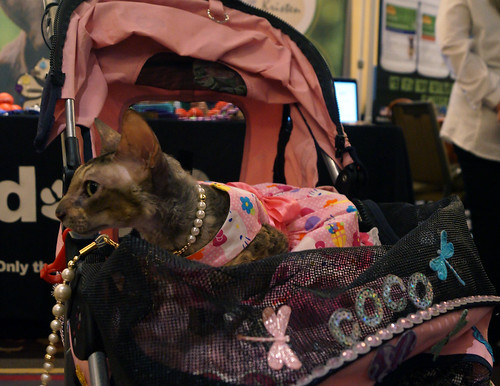 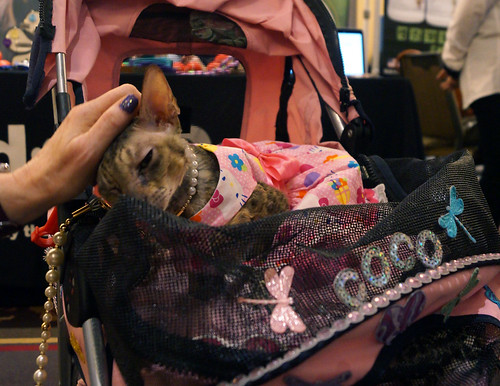 Just like Jake, Coco sees her stroller as her “safe space,” her mobile territory, and she’s perfectly happy in it no matter what is going on around her. 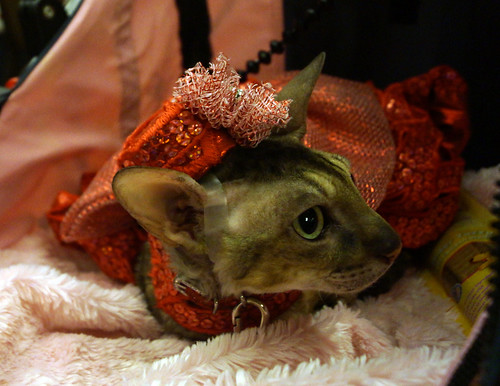 Of course, Jake’s outfits aren’t nearly as fancy as Coco’s…but then, she’s a girl. 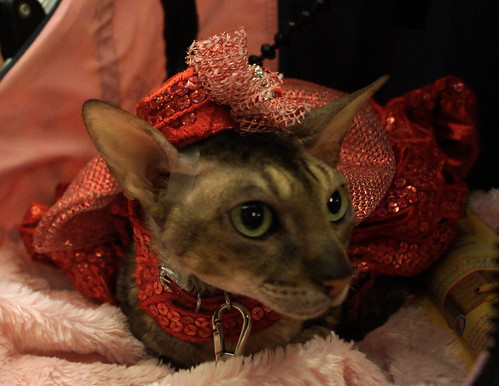 I know a lady doesn’t tell her age, but Coco will be 10 years old in September! 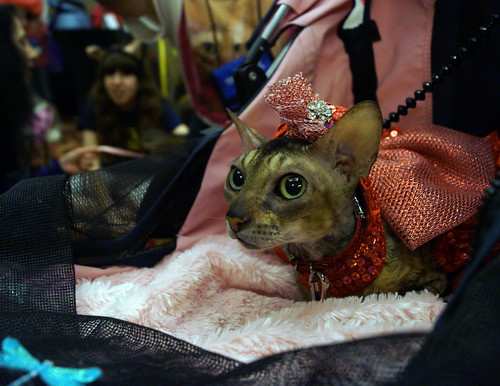 So much for the school of thought that believes that as cats age, they stop wanting to go out and do things, eh? 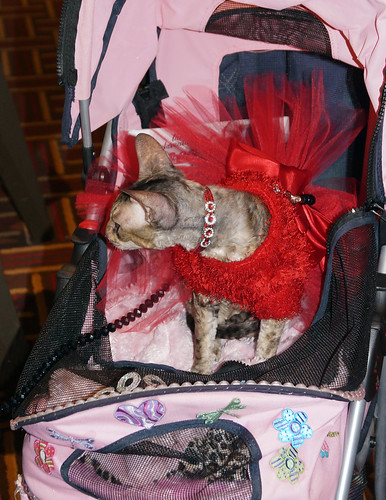 I mean, Coco’s almost 10 and she’s still dressing like a Vegas showgirl! 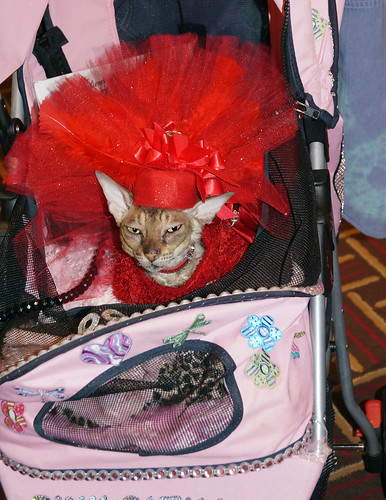 I so wish Jake could have met her. They would have made quite the well-dressed couple 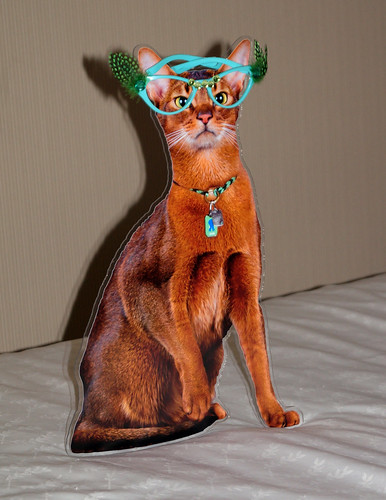 Speaking of my Jakeman, here is his flat self sporting the fancy glasses I made at the Hauspanther DIY craft table last night! You know he would have been at the table helping me design them…and he’d have worn them, too!