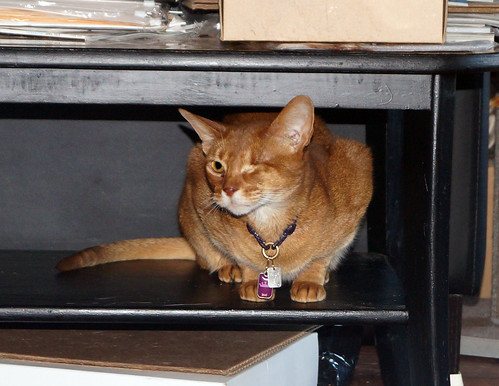 This is an easy one! Angel is a red Aby! 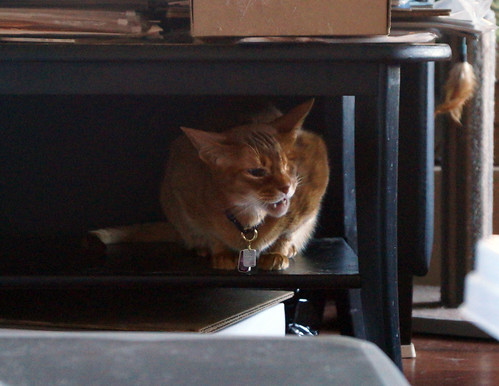 But it’s not at simple as that, because Angel isn’t really red. Her colour, genetically, is cinnamon, a dilute of the brown gene. True, sex-linked red in cats is a completely different gene. 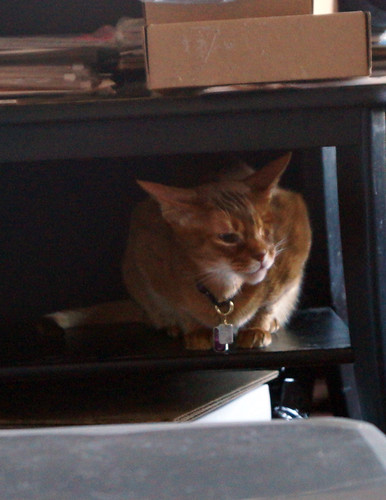 You see, in non-Abyssinians, the red gene in cats is sex-linked, and only carried on the X chromosome. Females are XX, and males are XY, of course, so the Y doesn’t contribute to a cat’s colour. Red is also dominant, so if it’s present, no other colour can manifest…unless it’s on the other X in a female. So, a female can either be red-red, red-not red, or not red-not red. Males can only be either red or not-red. Red females, contrary to popular belief, aren’t “rare,” they’re just statistically less likely, since the chances to have a red female are shared with the chances to have a red-not red, or tortoiseshell, female. It’s a bit confusing, I know. Maybe that’s why the “red” in red Abyssinians isn’t really red. It’s definitely easier that way. 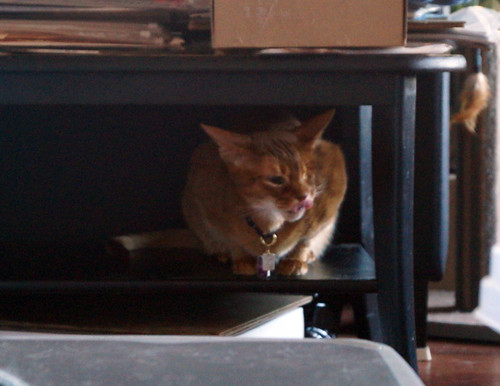 True sex-linked red does exist in Abys, but it’s not recognised by all registries; the CFA does not recognise it all. The true sex-linked red Abyssinian is bright orange with a red tail tip. It is important for breeders to know whether they have sex-linked red or non-sex-linked red as this will affect the breeding program. Where there is sex-linked red, there can also be tortoiseshells. Tortie Abyssinians do occur, but since the breed does not permit white, these are always brindled rather than “calico.” The combination of brindling and ticking can make it almost impossible to determine whether a female is tortie or not just from a visual inspection. Sometimes a female Abyssinian is only known to be a genetic tortie when she produces a mix of red and ruddy kittens!