One of the very best parts of BlogPaws was… 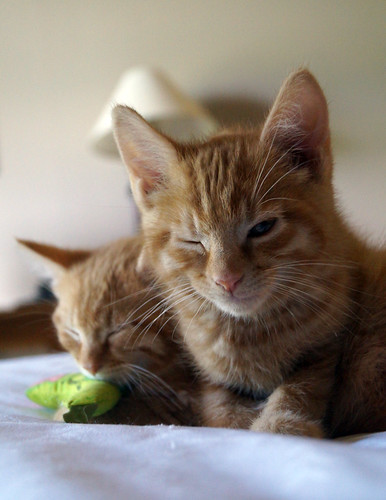 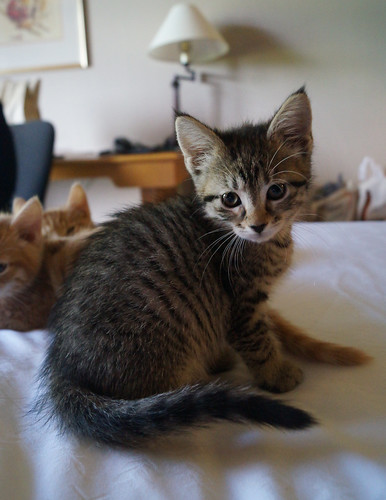 The human from Random Felines brought three foster kittens with her to BlogPaws. 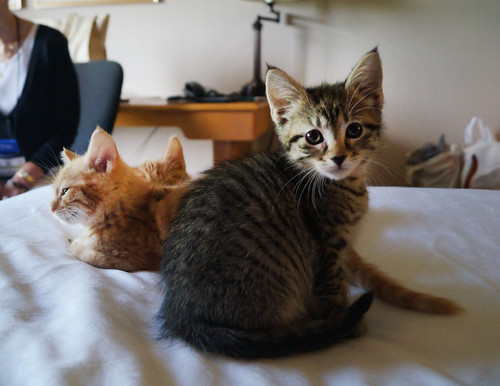 They were great kittens, too. There was a brown tabby girl, Taquito… 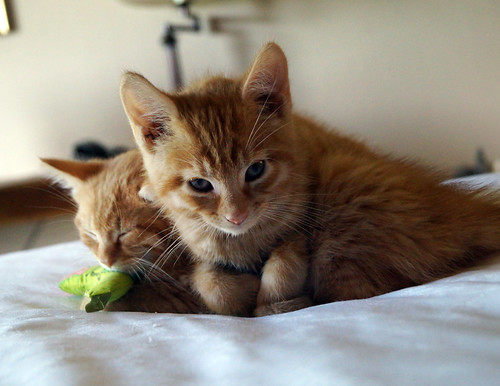 …and her two brothers, Salsa (the fluffier one on the bottom – I think) and Queso (the shorter-haired one on top – again, I think). 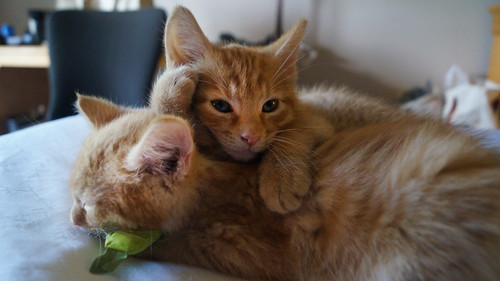 I had the best time playing with them in their hotel room.

Look how adorable they are! 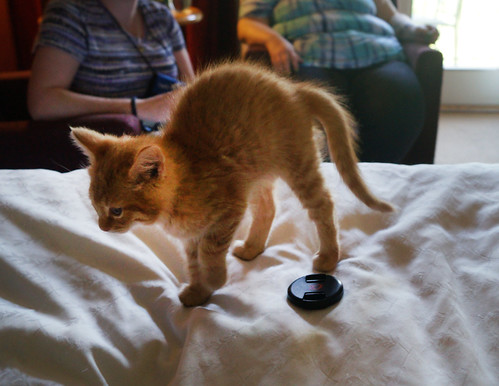 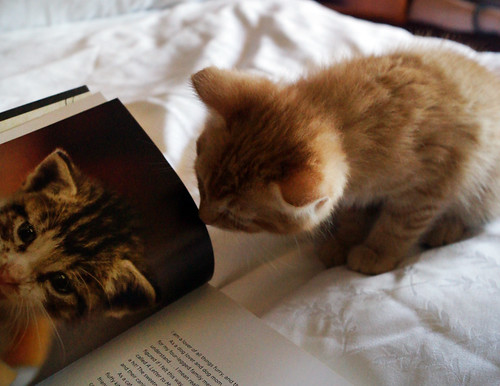 They are actually part of of a litter of five; Tostada and Blanco stayed home with their mother, Margarita. 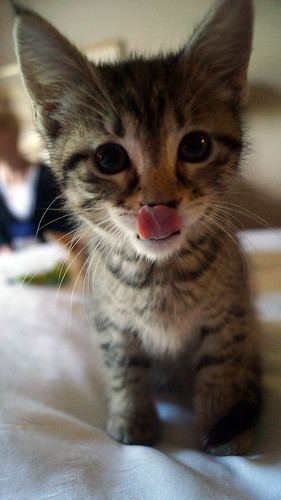 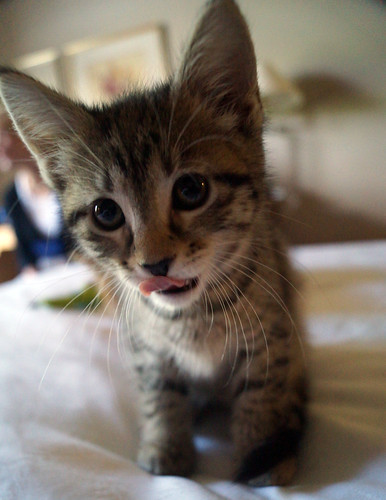 Little Taquito was so adorable. 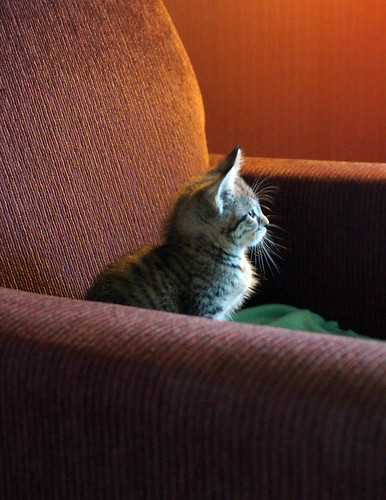 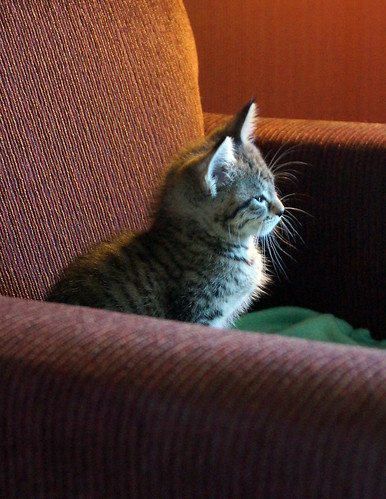 She was having such a hard time staying awake! 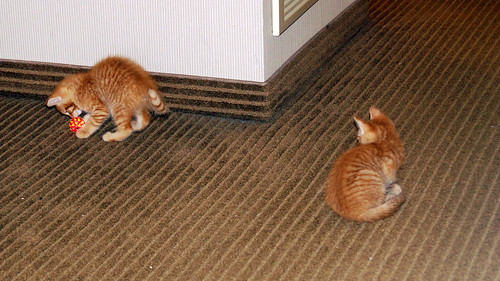 Her brothers had the opposite problem. 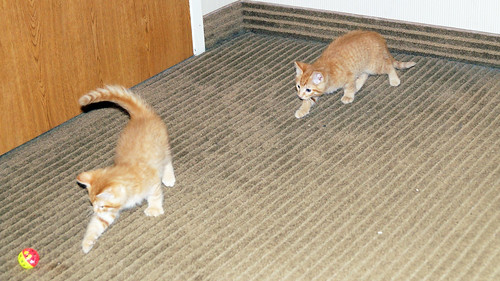 They were very awake. 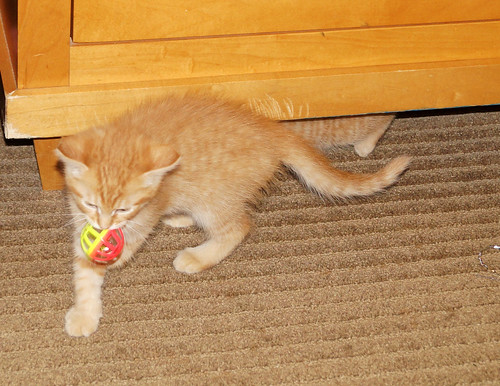 This rattle ball was in the swag bags that all participants were given. 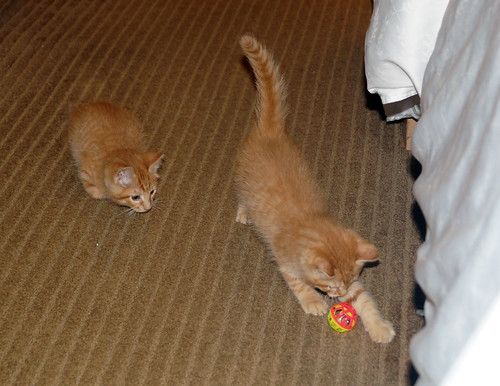 Questo and Salsa found it and went to town! 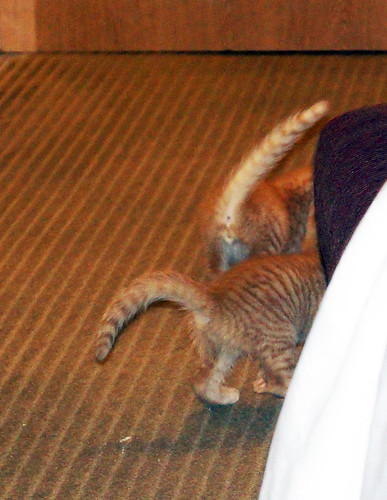 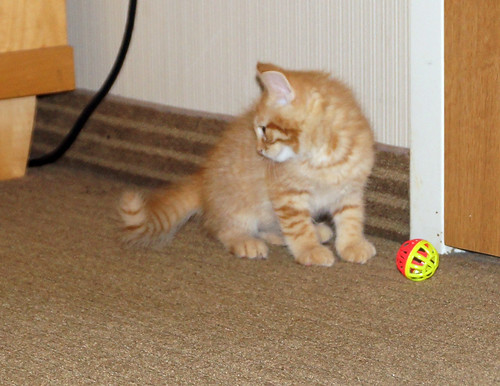 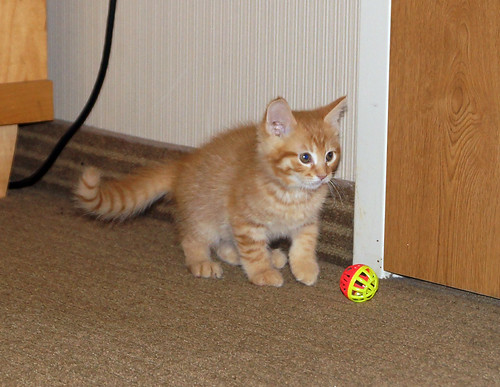 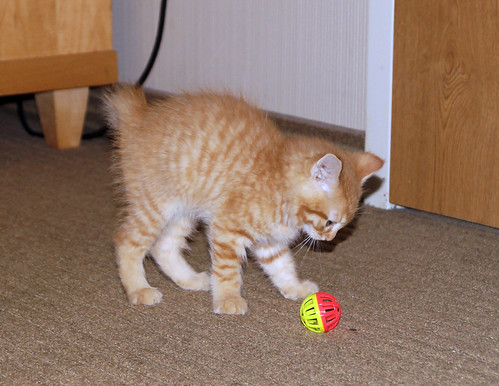 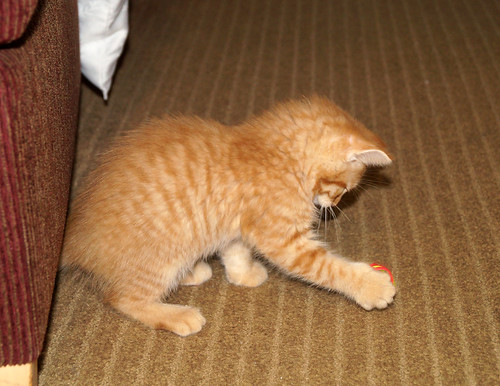 At least they were having fun with the ball until… 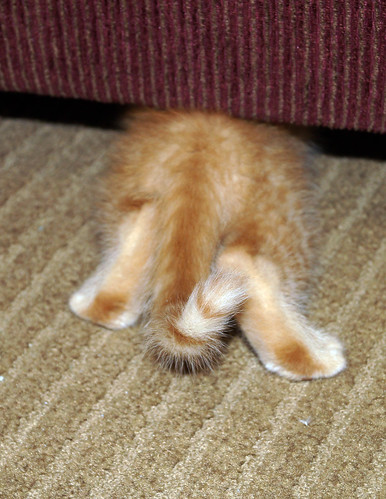 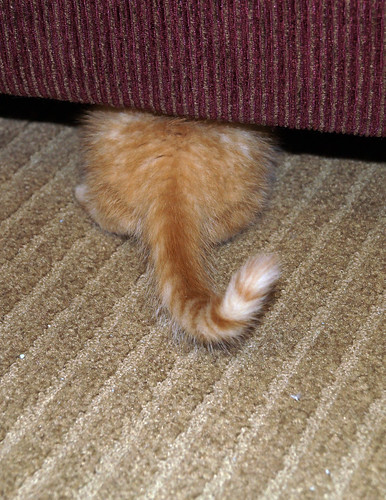 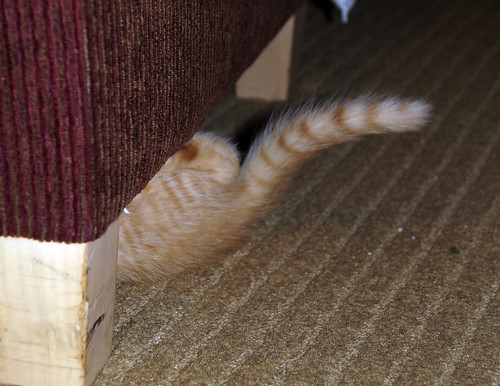 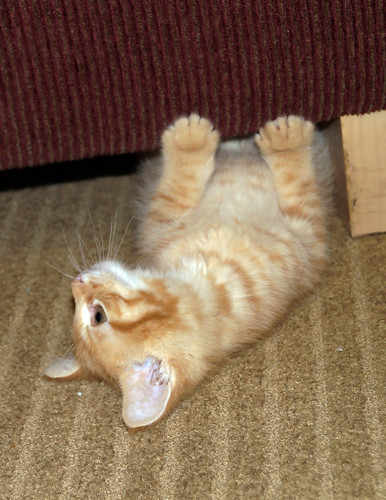 …they got distracted by the furniture. 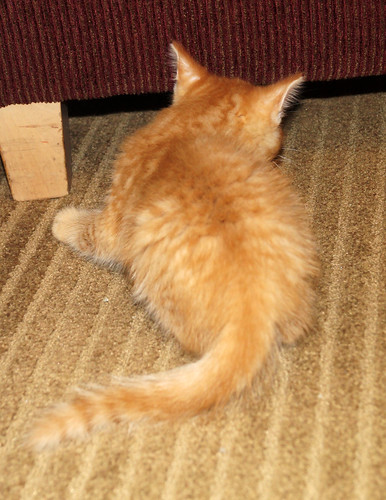 Turns out that, if you’re a kitten, furniture is just as much fun as a cat toy. Who knew?