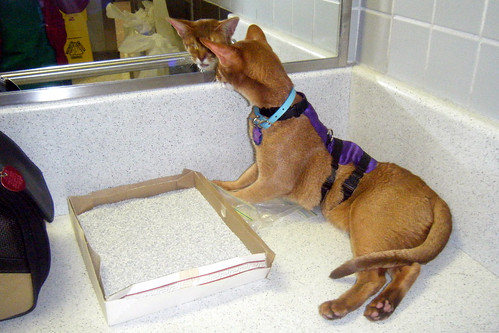 So while it wasn’t a problem for me, I did worry about Angel’s trip home to Boston. The flight had had a layover and we had to change planes in Denver. Because Angel hadn’t ever really travelled, and she had never worn a harness, I got her a MetPet Soft-Sided Security Harness. This turned out to not be such a great idea as she managed to wrestle out of it inside her carrier. 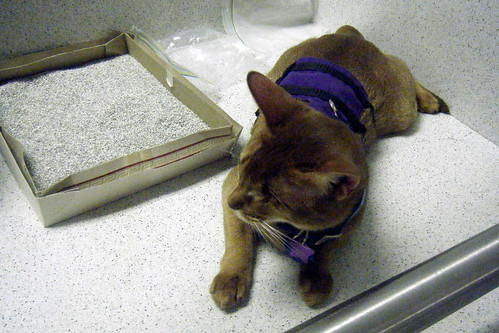 I also prepared her a makeshift litter box using a folding shirt box and a Ziploc bag full of litter. She was having none of that, either. The next time I need to take a long flight with an Aby, I think I’ll skip the litter box attempts and just make sure I have a supply of pee pads instead.