I’m never alone in the bathroom. Ever. 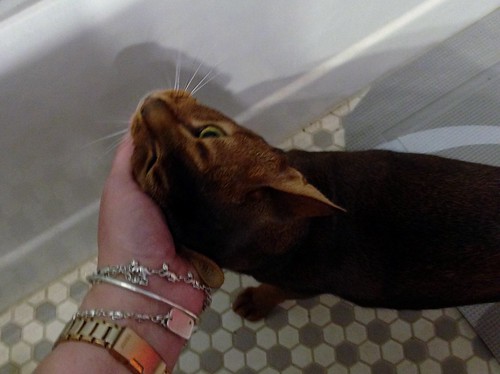 One reason, at least in the morning, is that Jacoby has suddenly decided that he doesn’t want to eat in his house the way he’s been doing for years. 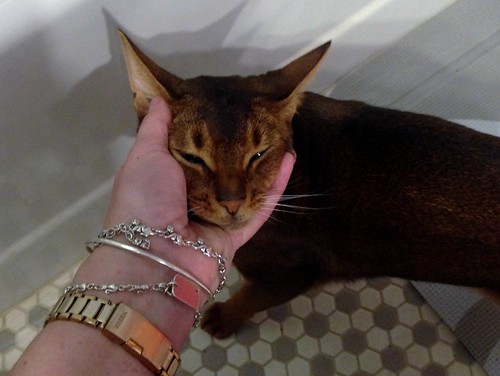 Nope, now he wants to eat with me. 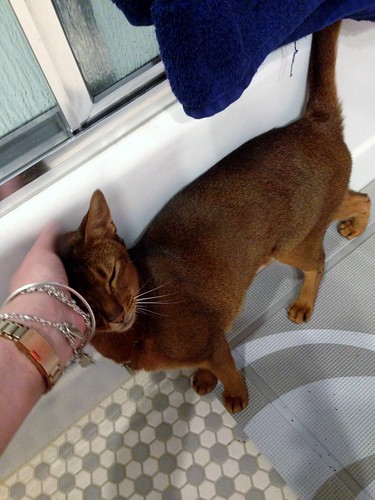 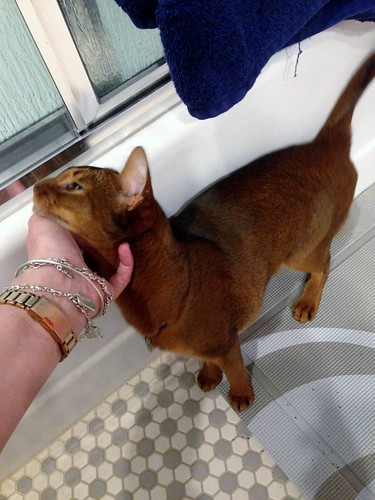 While I’m getting ready for work. 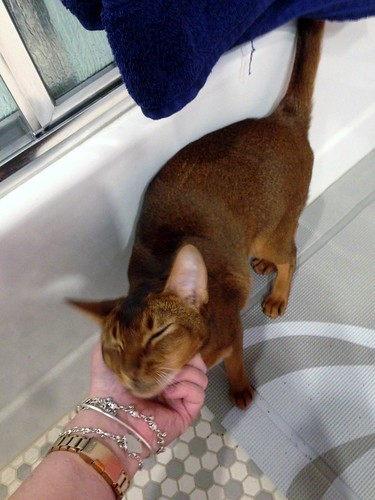 And of course, I don’t mind the company but…when Jake isn’t eating, he’s a little bit…oh, what’s the word? 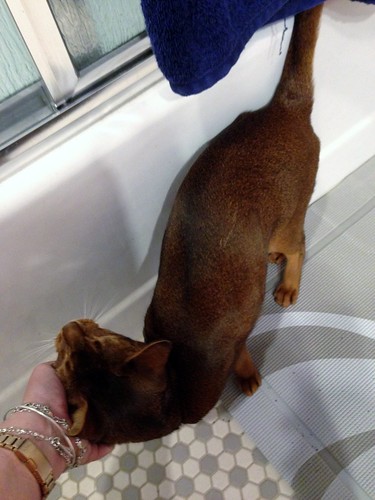 Clingy? Needy? No…that’s not quite it. Let’s just say he’s extremely “interactive” and leave it at that. 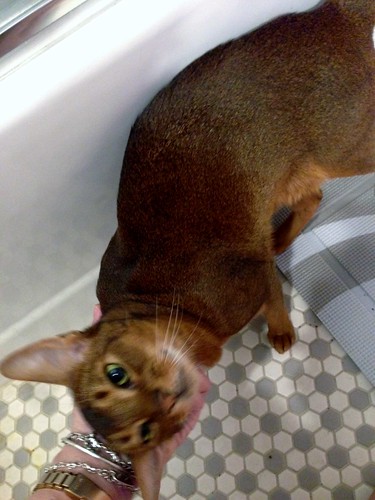 He’s actually acquired a new nickname lately: Rivningskula, which is Swedish for “wrecking ball.” He seems to be perfecting his skill of knocking things off counters with a vengeance. 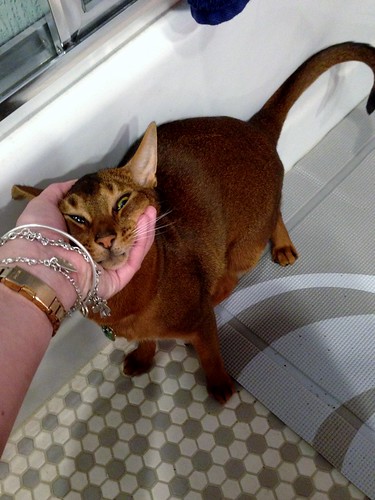 I guess it’s my own fault…I should have been telling him to “stop that, Jake” and not, “Jake…knock it off!”