Nowadays, flying with a pet is fairly common. Many airlines don’t even require a veterinarian’s health certificate – you just pop your cat, small dog, ferret, etc, into a carrier and slip them under the seat in front of you. 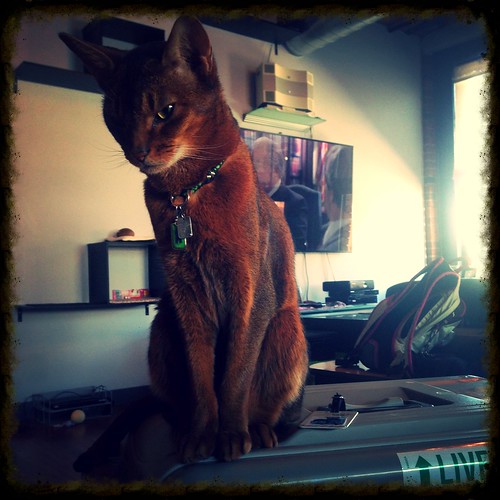 But what happens when you’re travelling a very long distance? 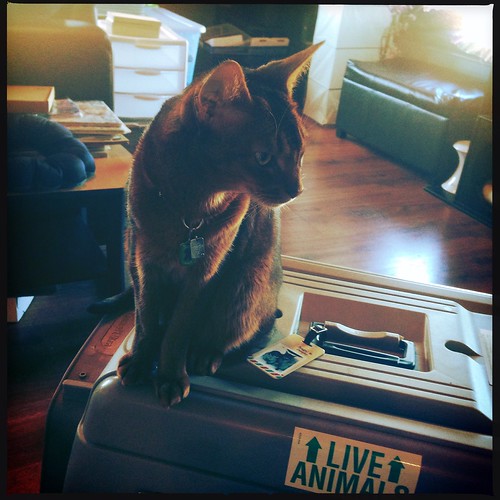 And what happens if you’re travelling with more than one cat? 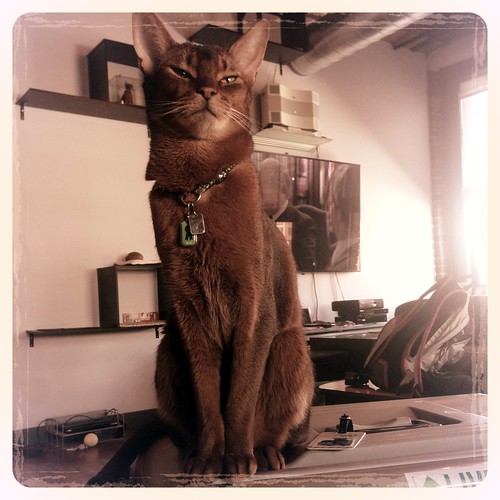 And what if the airline you’re flying doesn’t allow pets in the cabin, but only in a special pet cargo area, where two cats can share a crate? 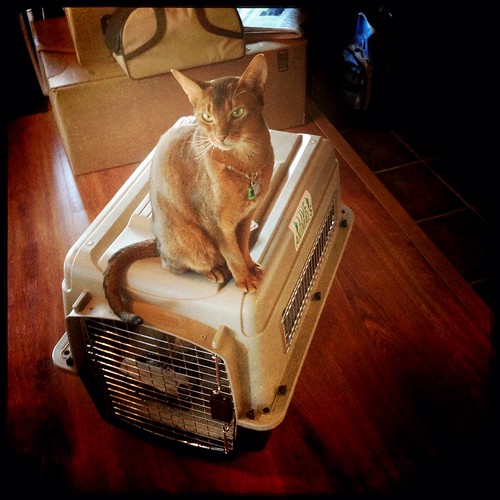 Well, then, obviously, you need to get a sturdy, old-school, airline travel crate big enough for two cats to ride comfortably. 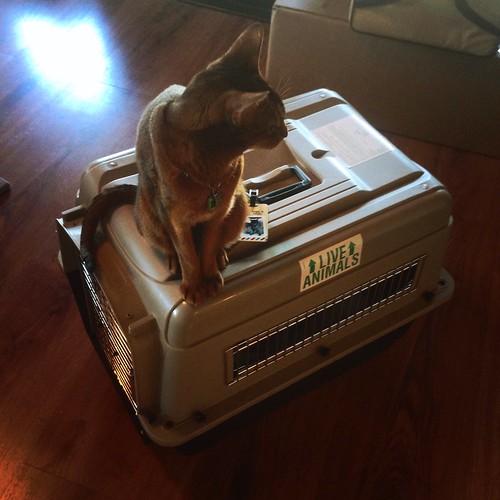 Now, I know a lot of people get concerned when cats have to fly in the cargo hold. But I’ve actually done it before, when I moved from San Francisco to Atlanta with my two Siamese, Harri and Patrick, in 1998. And that was on Delta, in a regular cargo hold…not in a special pet crate cargo area. 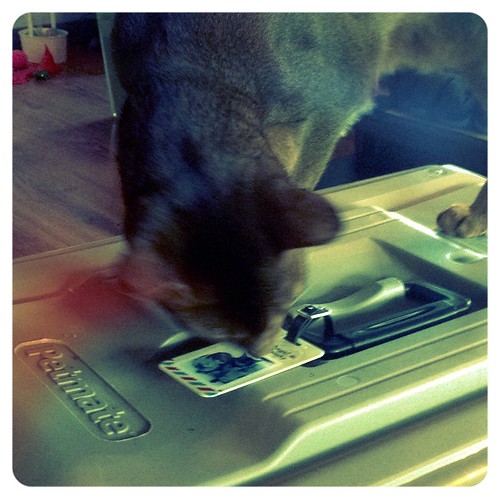 I think Jacoby and Angel will be just fine in this crate for the nine hour flight. Harri and Patrick’s flight was about six hours, and they lived to be 15 and 16 years old, respectively. Come to think of it, they were about the same ages as Jake and Angel are now. 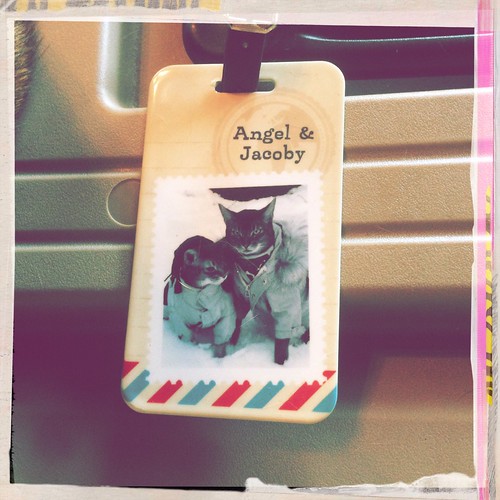 I ordered this metal luggage tag from Shutterfly specifically for their travel crate. 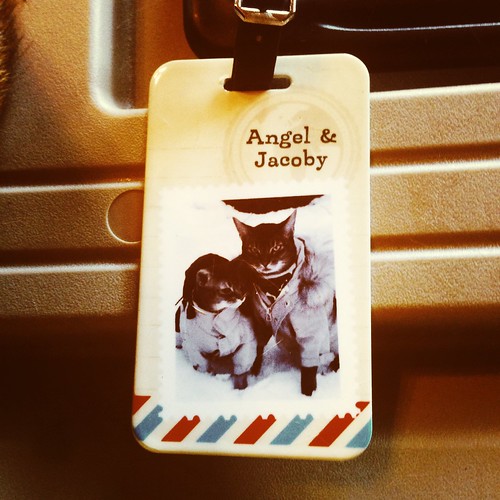 I think it sets the mood quite nicely, don’t you?