I finished the iMac cat bed back in April, but it wasn’t really finished. 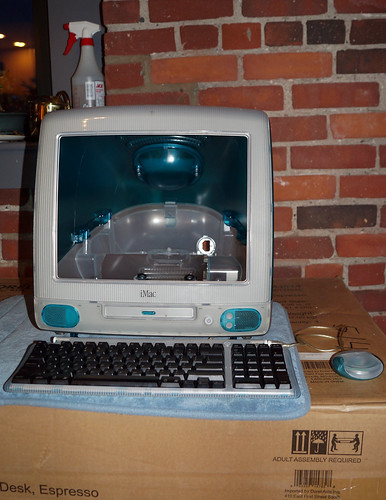 It was definitely cat-bed ready… 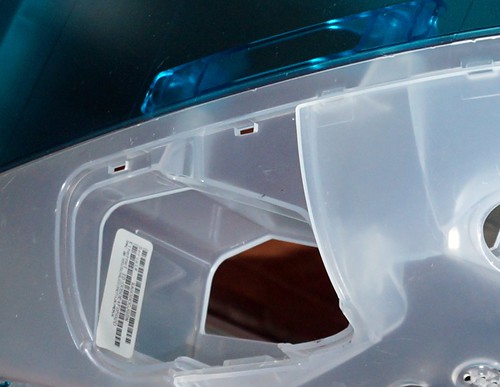 But there was still this huge gaping hole in the side where the I/O port and door once was. 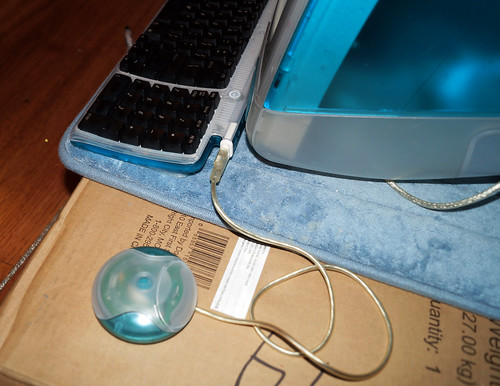 I had the keyboard, and the hockey puck mouse… 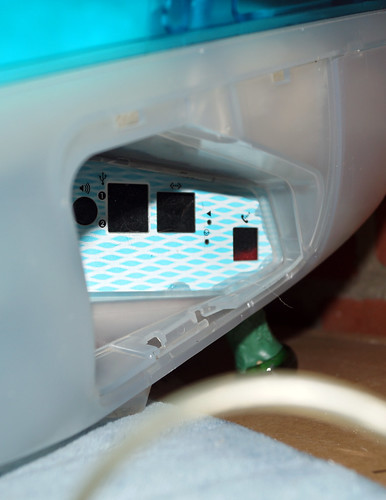 …And I found a replacement I/O panel to fill the hole. 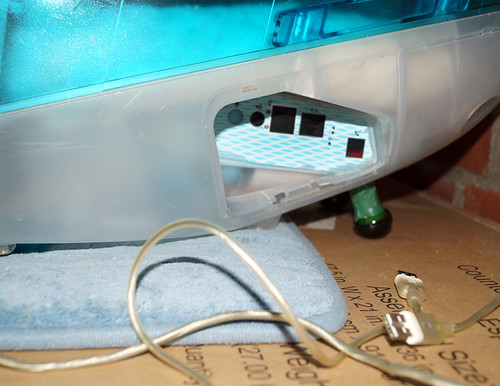 And as good as that looked, it still didn’t look as good as it would it it had the original door, which would restore the iMac to its full native egg-shaped glory. 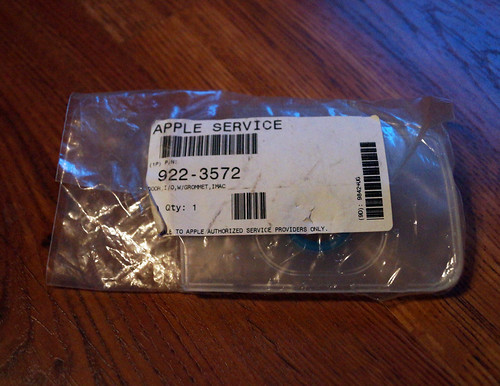 It turns out, that I/O port door is a rare and sought-after item. Apparently, back in the day, these things were wont to fall off and get lost, so they’re kind of hard to find. Somehow, after a LOT of searching all over the world, I found Herb’s RetroTechnology Stuff and he had a deadstock, still-in-the-original-factory-packaging I/O port door with a Bondi blue porthole for sale at a reasonable price. He actually had more than one! 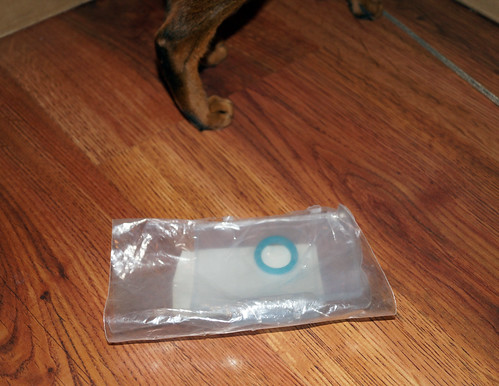 Oh, what fun it was to peruse Herb’s shop! And then, ordering…well, it was like a trip back in time to 1997, when you used to pay for things you’d won on eBay with a money order, and your purchase wouldn’t ship until the seller received the payment! Good times! And, appropriate to the period of the iMac I was semi-restoring. 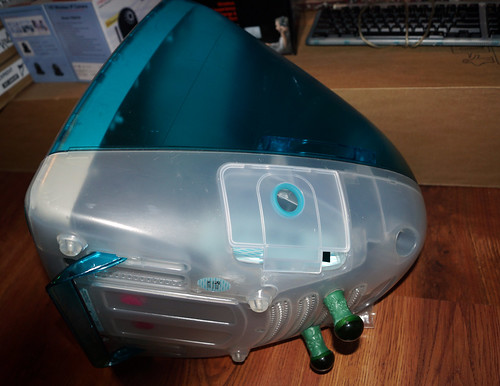 And look how great it looks with the door! 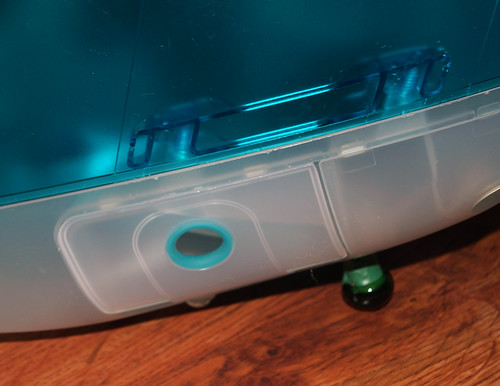 I love the porthole for the cables. 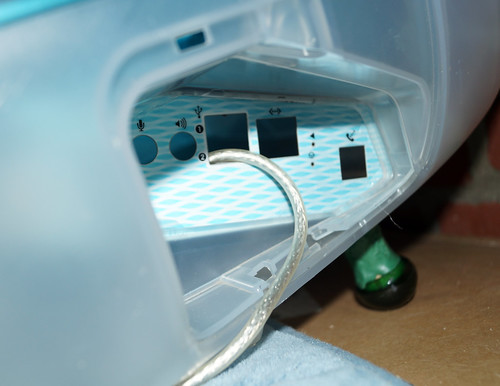 I wanted to attach the keyboard and mouse semi-permanently – at least, I wanted the as attached as they’d be on a real computer. Since there was no real USB ports to plug the cable into, I just threaded it through the I/O port where it would have attached. 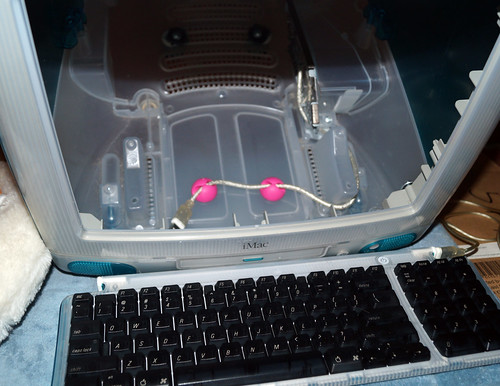 Then I used cable holders inside the iMac to fasten the cables. I know it doesn’t really affect the usability of the cat bed as a bed, but I like it. 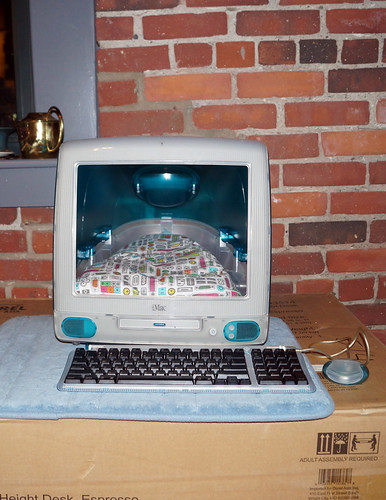 I made a cushion for the bed with “Plug and Play” fabric by Robert Kaufman. 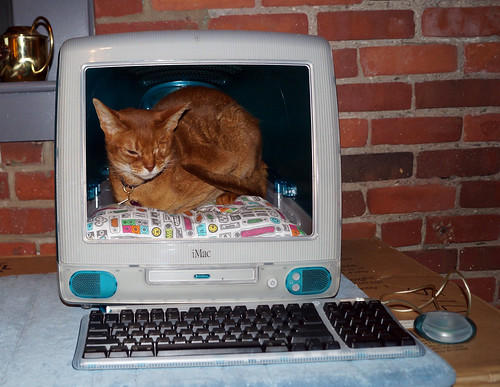 My first bed wasn’t great, but Angel liked it. 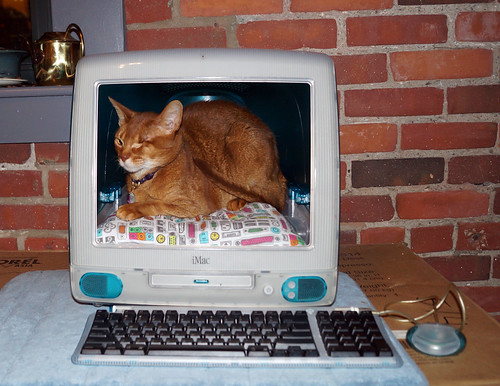 I had read some articles about making a washable pet mattress using shredded old clothes as stuffing, so I tried that. 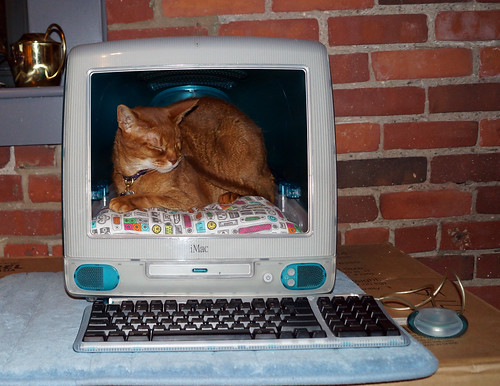 It was rather dense and somewhat lumpy, but it still seemed to make a pretty good bed. 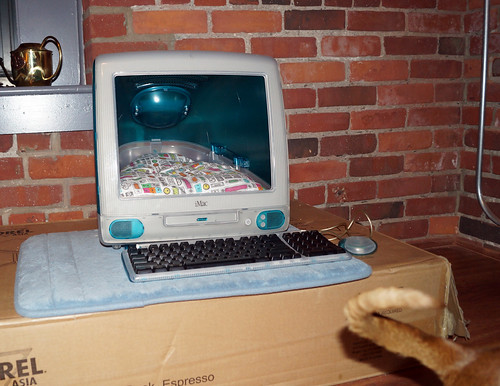 Or so I thought…stay tuned.