There is one thing that can turn Angel from a skittish kitty to a fierce and fearless cat. 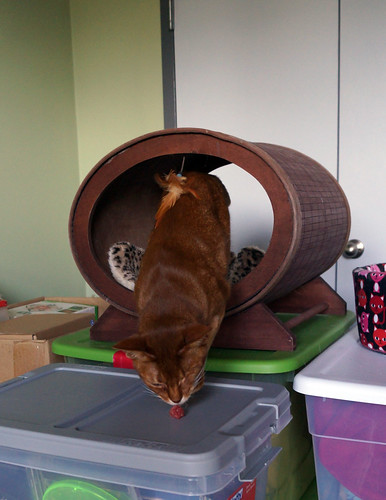 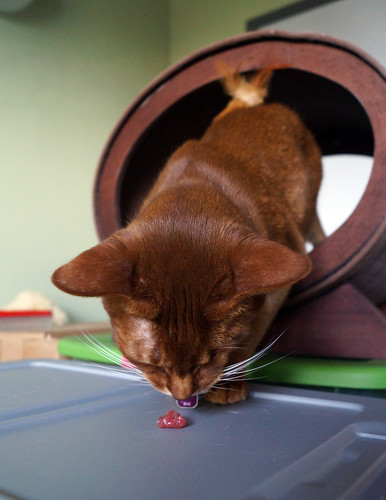 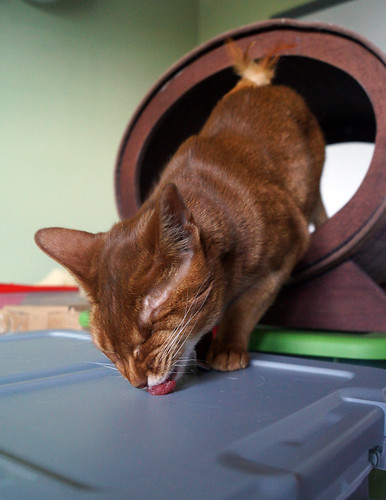 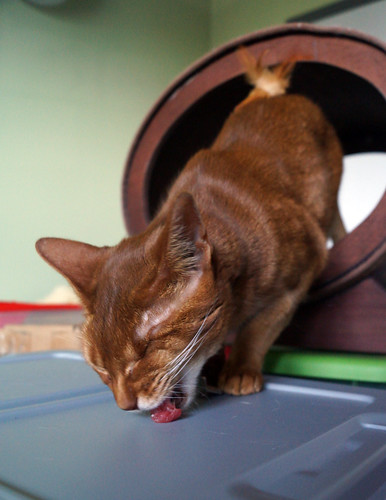 She does have a bit of a hard time with eating it, though, since she only has about nine teeth left in her head. She also likes to touch it with one paw to make sure where it is before she eats it. Sometimes, she’ll even bat it around a little, so she can “hunt” and “catch” it. 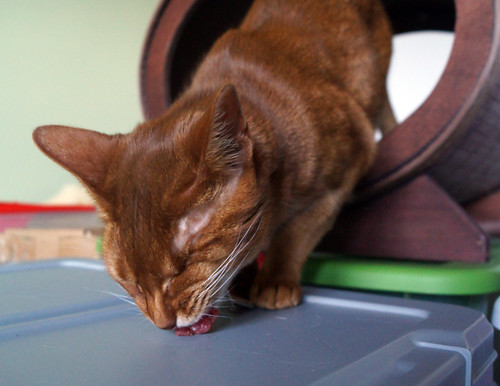 Even though it takes her a little longer to eat her raw meat snacks now, than it used to, she still defends it ferociously. 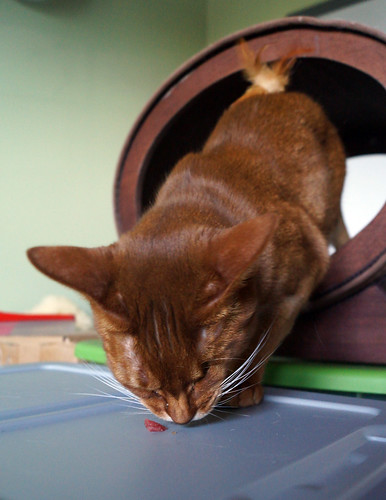 Although, she prefers to be given her meat someplace that’s protected from the other cats. 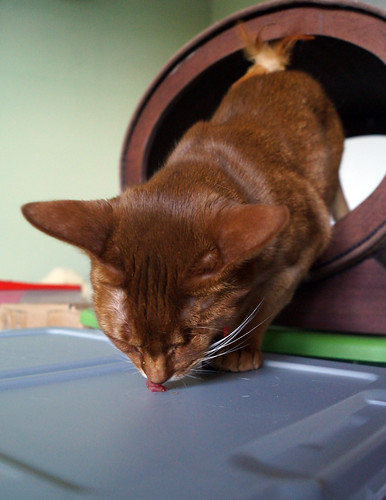