Since the whole moving-to-Sweden thing, I’ve not had the time nor the concentration to draw my cartoons. 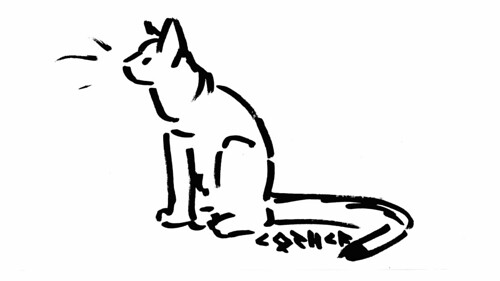 But on Saturday at the NEMO show, I was working at the gate, and there was blank paper and a fat Sharpie pen at the table. It was quiet, I had nothing else to do, and I felt like drawing. 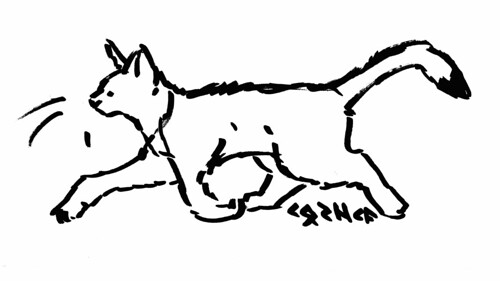 So I did some sketches of Jacoby. They aren’t exactly cartoons…but they’re the closest I’ve been able to come in a while. 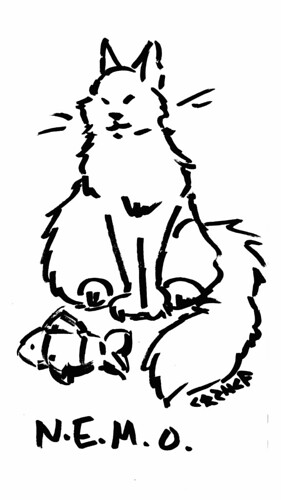 I also did a sketch of our mascot, Marlin, with – of course! – a clownfish.
I’ve also changed my cartoon signature from Korean Hangeul characters to Nordic runes, in case you were wondering what the writing was. It just says “Koshka.”