When Jacoby and I went to the NEMO show last weekend, we were delighted to see that there were four Abys entered in the Premiership class. I think this is the biggest Aby Premiership class we’ve ever had in our show career. 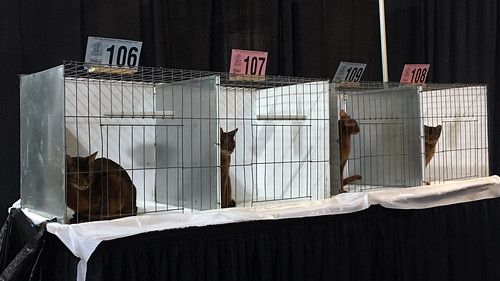 The other Grand Premier, the red Aby on the end, #109, was none other than our old friend Garçon, visiting from Florida! He and Jake split the finals; out of the eight rings, Jake made four and Garçon three (one judge did not final an Aby at all). The other two ruddy girls were Premiers, not Grand Premiers. 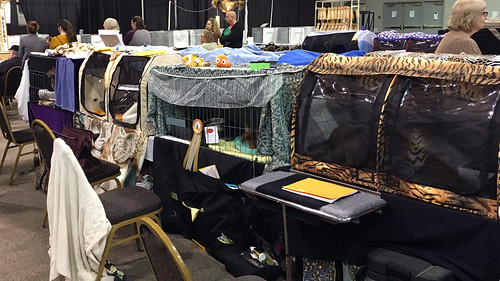 What was even more fun was that we were all benched together, too. Here’s what all the Abys looked like when they were at “home.” In the cage between Jake and Garçon (on the end) is Meg’s kitten Monty – you’ll see photos of him later.