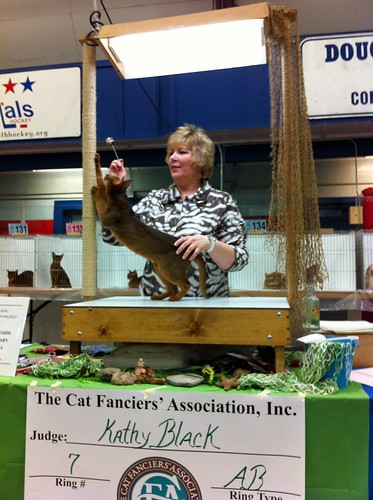 Our friends Stan and Patty’s cattery name is Jazzy Abys. This is Jazzy Abys Buddy Rich when he was a kitten at the Seacoast Cat Club Show in 2012. 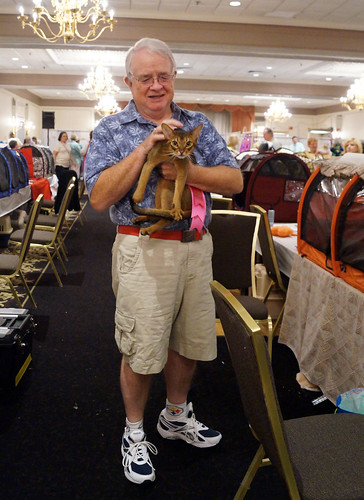 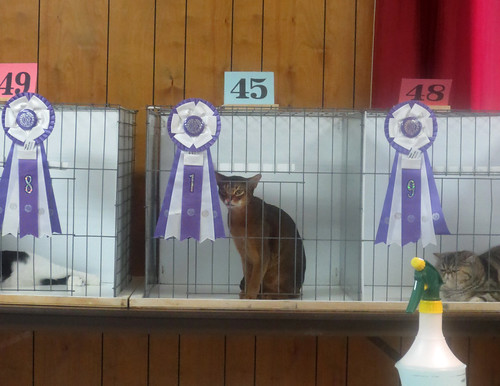 It took Buddy a little longer to earn his Grand Champion Alter title in CFF.

Buddy Rich is a grandson of the famous Grand Champion JazzyAbys Fats Waller (aka “Wally”), against whom Gun-Hee competed in the kitten class. Gun-Hee actually competed against Wally at his first show. This video shows Gun-Hee (#28) earning second best of breed in a ring with Wally (#30) being awarded best Aby in that kitten ring. 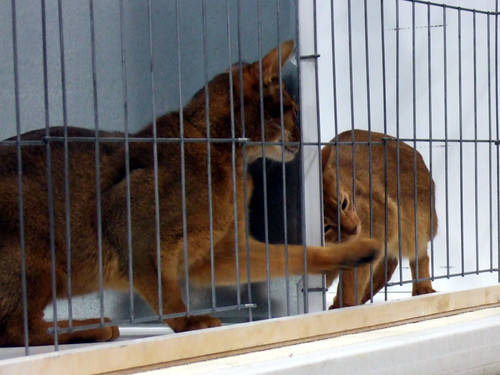 Gun-Hee also met Eszencia TheCountess of Jazzy Abys in his second show as a kitten.