While I was looking for something else, I came across a couple of “idea sketches” I did for a pair of my holiday cartoons last year. I thought it was kind of interesting, so I figured I’d share them with you to show my process for cartooning. 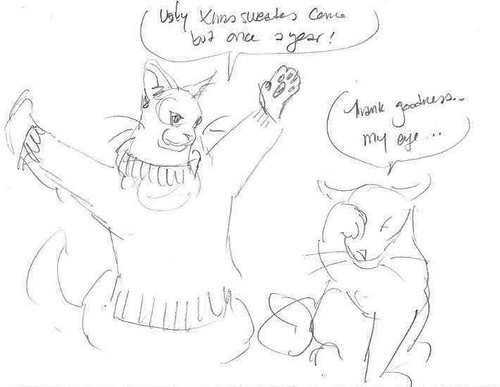 I often quickly sketch out an idea while I’m at work. I simply grab a sheet of copy paper and a pencil and draw the idea out of my head. In this case, it was an idea about Jacoby wearing an ugly Christmas sweater. And, of course, a joke about Angel’s eye. 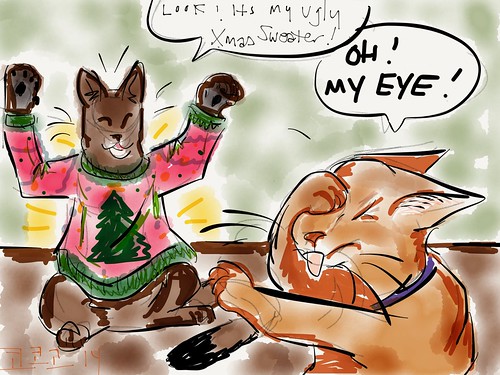 I happened to refine this sketch a bit on my iPad using an app called Paper. The wording for the joke itself was tweaked a bit from the original sketch. 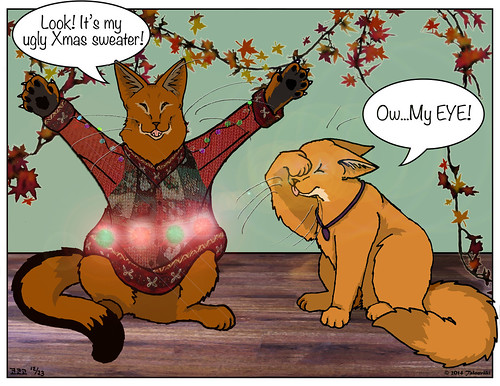 And here’s the final version. The sweater was actually created by taking several of the worst sweaters I could find in a Google Image search and compositing them together in Photoshop. I was trying to make the worst Christmas sweater EVER. 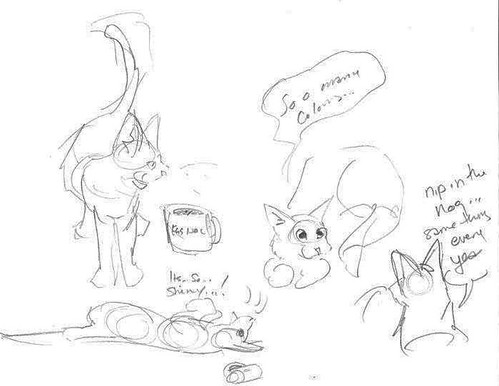 This one changed a lot from the original sketch to the final cartoon. Originally, my idea of catnip eggnog had Jake a lot more goofy. 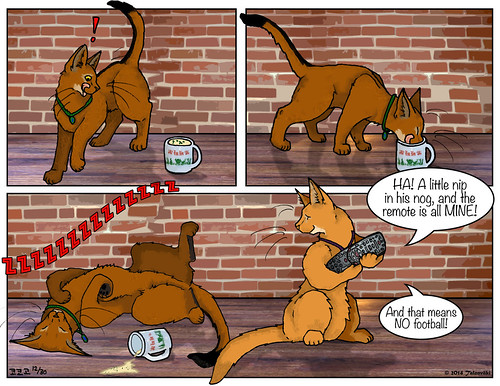 But in the final version, Angel wins the day. I’m not sure why I decided to add a slam on football…other than I absolutely loathe it and hate what it does to Sundays (and Mondays, and Thursdays) for a quarter of the year in the United States.