Yep, you read that right. Instead of Selfie Sunday, we’re having SELFISH Sunday. 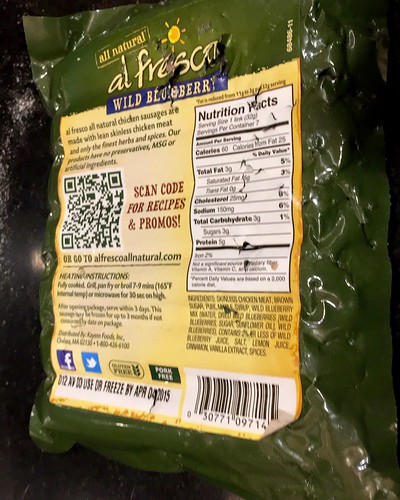 I had put a package of delicious blueberry and maple syrup chicken breakfast sausages out on the counter to warm up before I cooked them. I thought that Jacoby would be in mid-afternoon nap mode, and wouldn’t notice them…and if he did, I figured the air-tight sealed package would have a fairly inert scent, and the blueberry and maple syrup would deter him. Yeah…right. 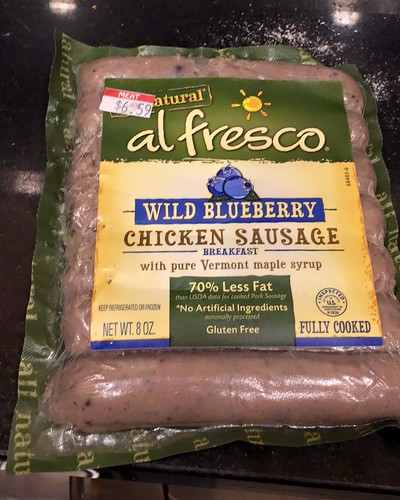 I was doing something in the bathroom when I heard Jake playing with something. It sounded like he was having fun and I wanted to see what he was doing…and I found my dinner on the carpet! The little fiend was trying to open the package! 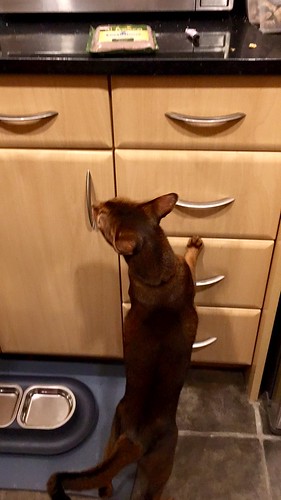 I snatched it back and put it back in the kitchen. Do you think he was repentant? 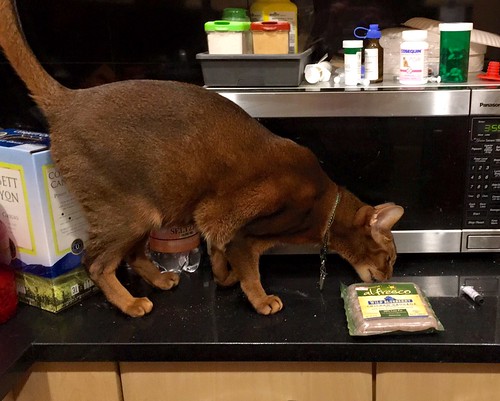 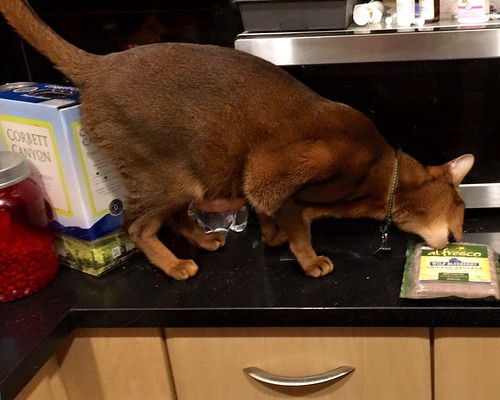 He tried to steal it again, right in front of me! I ended up putting them inside the microwave (aka the Aby-proof food safe). 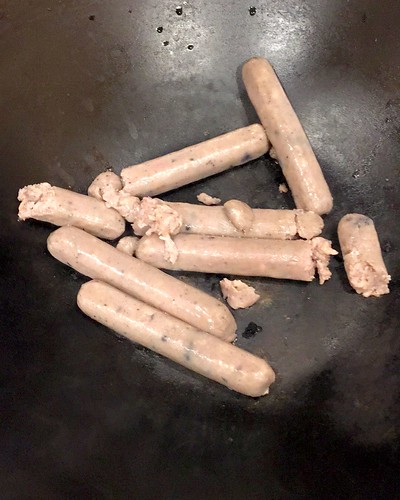 This is what they looked like when I took them out of the package to cook them. 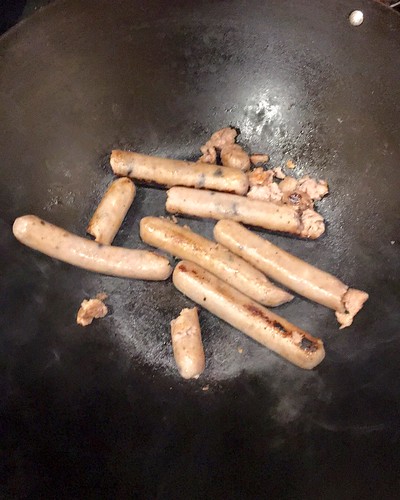 MMMmmm…nothing like ABC* sausages! But it is funny…he is just like his brother Gun-Hee when it comes to sneaky thievery! The only difference is, Gun-Hee would take things to his house, while Jake’s safe place is the bedroom, apparently.