A really funny thing happened at the New Hampshire Feline Fanciers show that Jacoby and I went to last month. 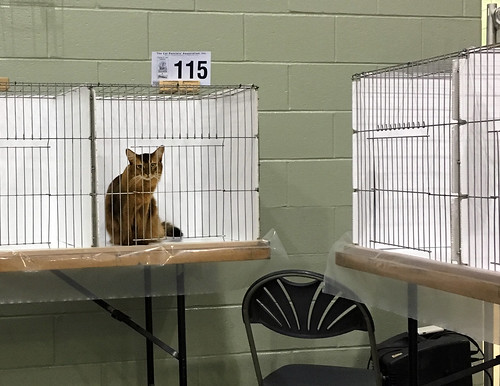 A wonderful Grand Premier Somali named Ameusin Sir Galahad was entered in Premiership and he and Jake both happened to final in the same ring. 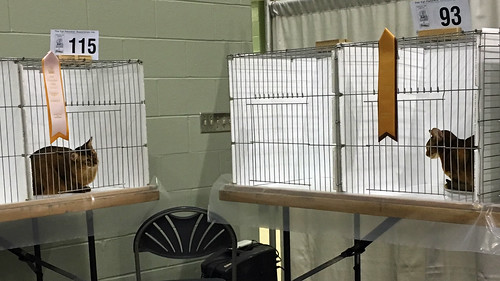 In CFA, Abyssinians and Somalis are both considered shorthairs (yes, I know. Stay with me here). Cats are judged in alphabetical order, and Abys are at the beginning of the list while Somalis are at the end. Somalis and Abys almost never see each other in judging rings unless it’s in a final. And, in this particular final, Jake and Galahad were in cages where they could actually see one another. 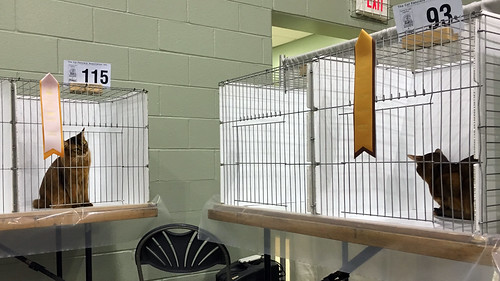 Galahad was fascinated with Jake. He could not stop looking at him! I think it must have been because he hasn’t ever seen a Somali with short fur before! 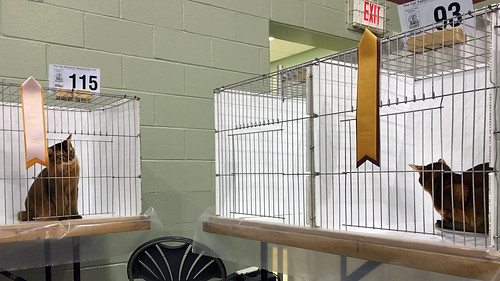 “OMG…you look like me, but not…what happened to you!?”