Björn’s birthday in in March, while mine is in June, but we were both born in 1965, so it’s been a running joke between us since we turned 30 that he’s always going to be older than me. 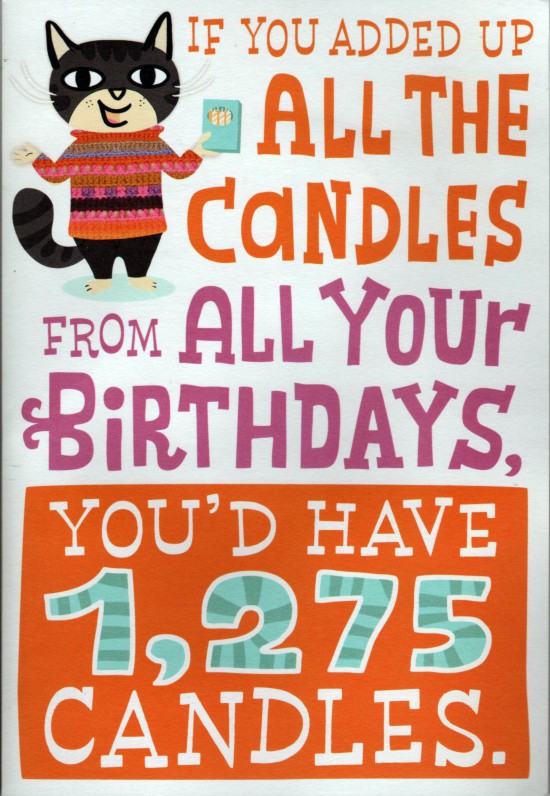 I bought him this birthday card back in March, planning to point out that he was 50 while I was still in my 40’s…but I never got around to mailing it. So, I hand-delivered it when I came to visit instead.

As I’ve mentioned before, I generally sketch either a generic Abyssinian or Jacoby in or on most cards I send, and this one was no exception. The inside of this card features a three-dimensional pop-up cake, and the cartoon cat is behind it…so I simply added a second cat who just so happens to like baked goods.