Björn and I spent Christmas Eve and Christmas Day at his parent’s house in Jönköping. 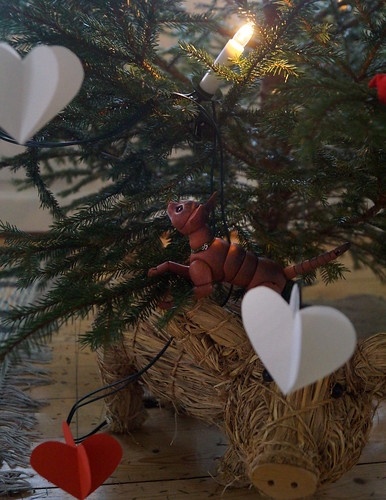 Of course, Mini Jacoby came along. 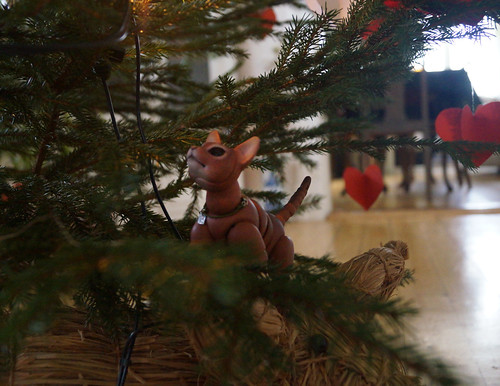 The Christmas tree was absolutely lovely. 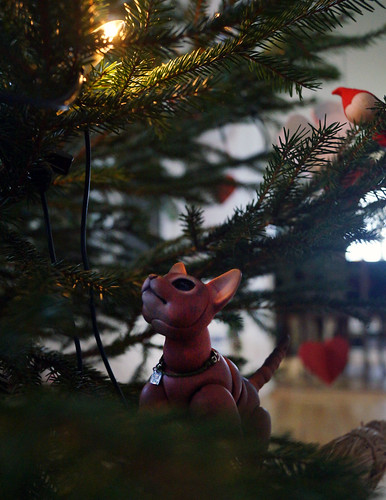 Björn’s mother made the paper heart decorations in the 1960’s. They’re wonderful. 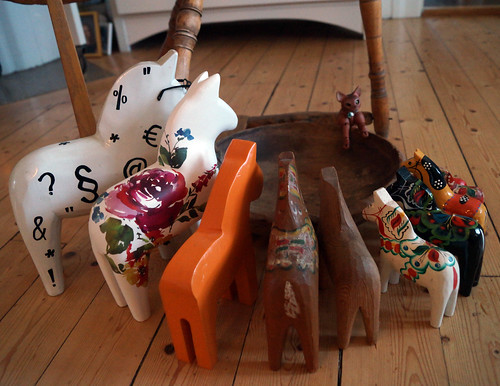 She also had a little display of Dalahastar (Dala Horses) around a bowl. 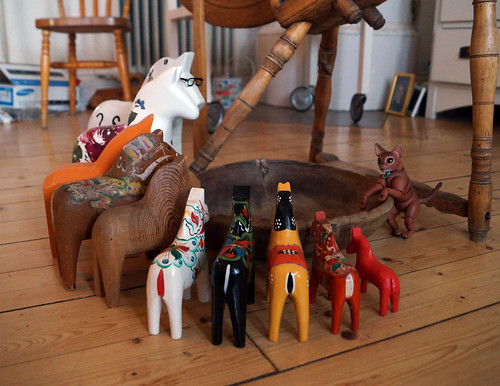 Mini-Jake had to join them, of course. 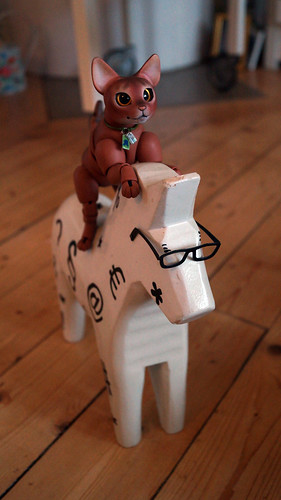 He had to also ride the largest one, a tech geek one with glasses from IKEA. That kind of got him kicked out of the Dala Horse party. 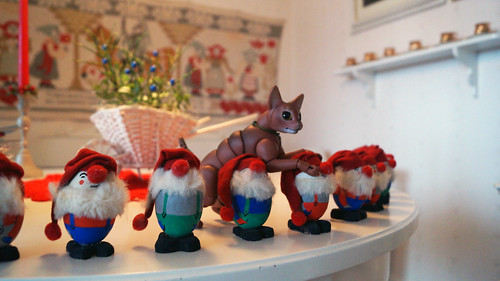 So he went to play with the Jultomten instead. 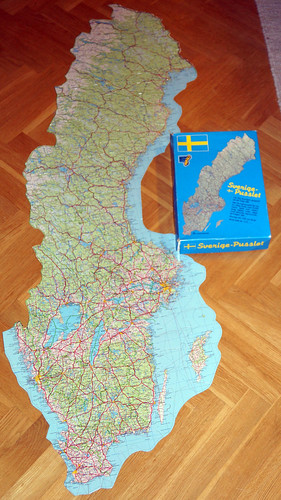 One thing we did while we were there, Björn and I, was build a puzzle map of Sweden that his mom had in the living room. 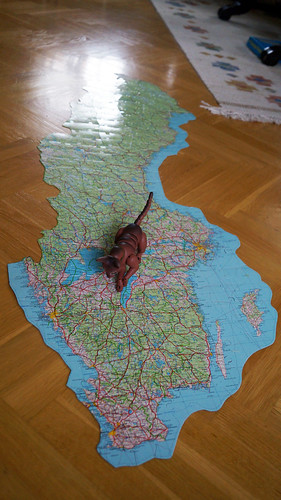 It was fun and quite educational. 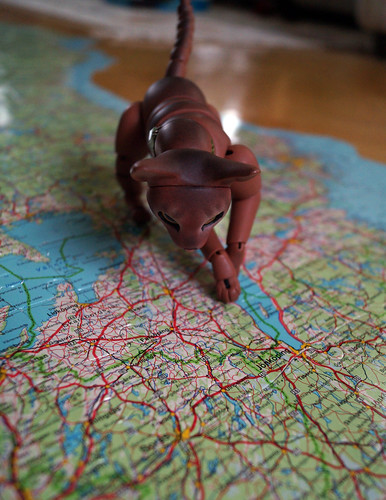 Mini-Jake is studying the location of Jönköping on the puzzle map. 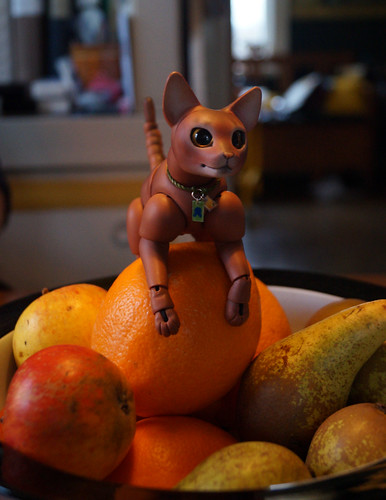 But then (just like the real Jake) he got hungry. 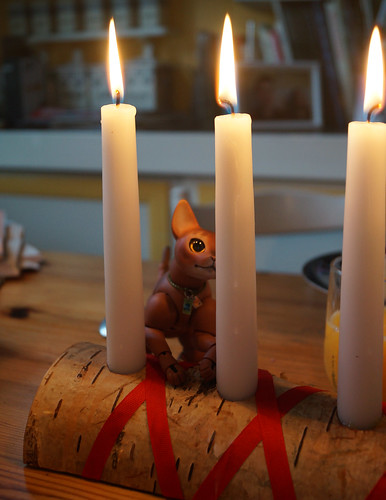 So he went into the kitchen to look for a snack. 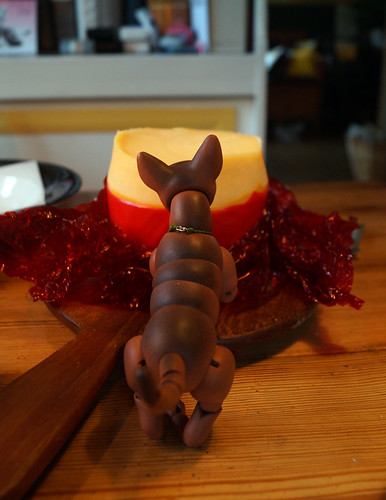 He finally found the Julost, the Christmas cheese ball. And no, he didn’t eat it all! 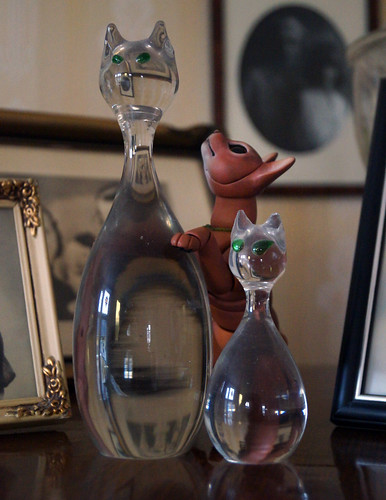 Björn’s mother has a lot of awesome little cat sculptures scattered around her house. These lovely glass cats are typical Swedish glasswork. 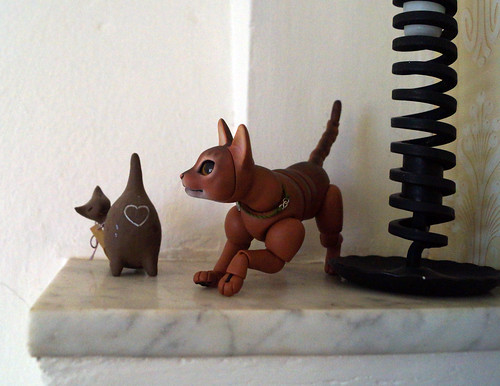 She also has this adorable little pottery cat from Kalmar, a city in southeastern Sweden known since the Middle Ages. Kalmar Castle was one of the most important in Sweden. Kvarnholmen (“Mill Island”) is the location for the city center. The eastern part of Kvarnholmen is called “Kattrumpan” (“Cat’s Butt”) for unknown reasons. 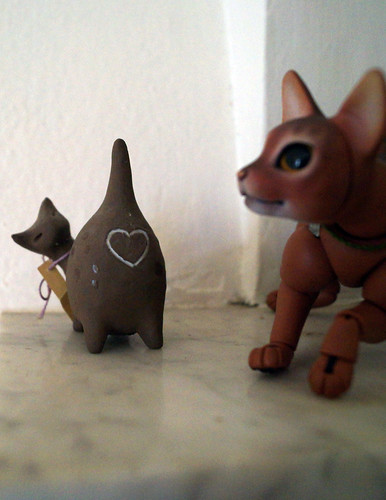 So, this little cat from Kattrumpan has a little heart on her butt. How cute is that? Evidently, Mini-Jake thinks it’s pretty adorable, too.